Home Featured Posts RHONJ Alum Kim D. Shades Teresa Giudice’s New Man and Claims to Have Dirt on Him, Dishes on ‘Malicious’ Tape Melissa Sent to Bravo to Get Cast, Plus Kim D. Admits Her Family Has Mob Ties

RHONJ Alum Kim D. Shades Teresa Giudice’s New Man and Claims to Have Dirt on Him, Dishes on ‘Malicious’ Tape Melissa Sent to Bravo to Get Cast, Plus Kim D. Admits Her Family Has Mob Ties 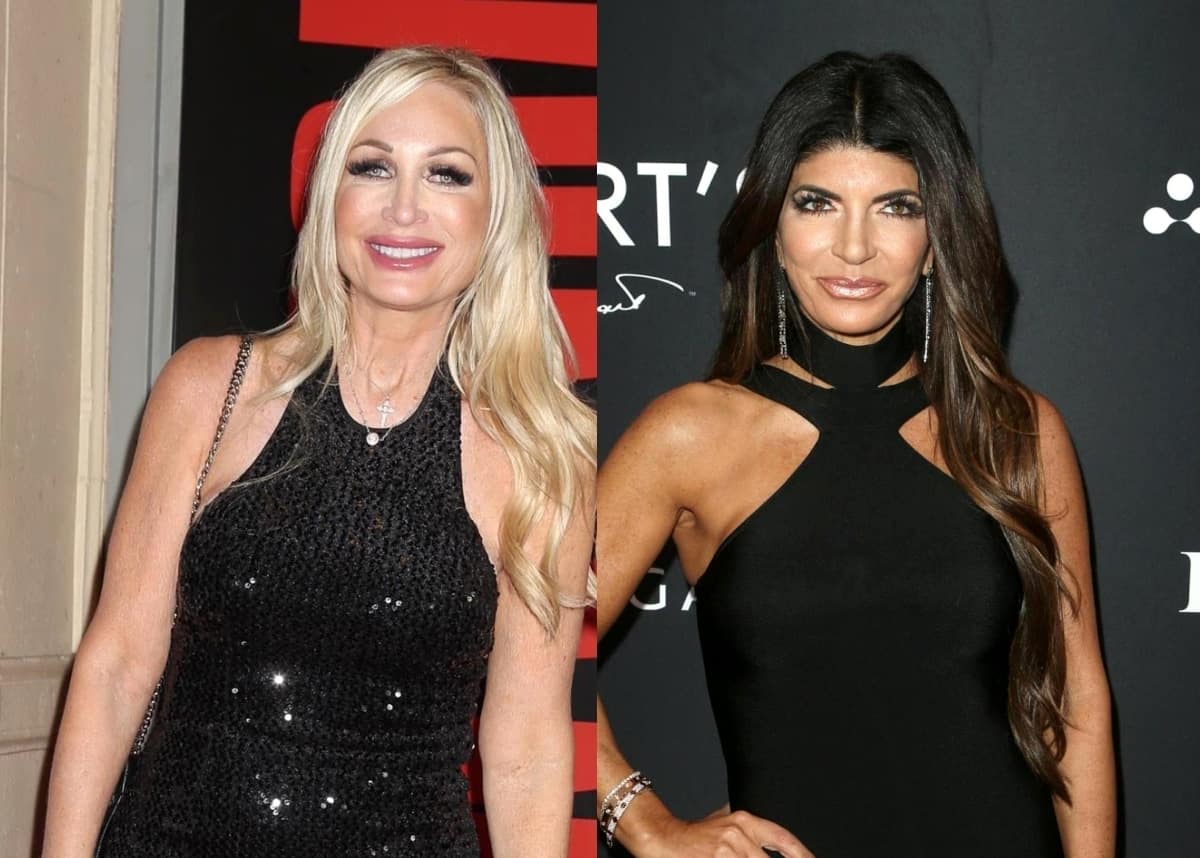 Former friend of The Real Housewives of New Jersey Kim DePaola (aka Kim D) is dishing on a surprising part of her life, her former co-stars, and a current juicy rumor.

Fans probably remember Kim as somewhat of a “villain” and for all of the Posche fashion shows she hosted on RHONJ and the drama that ensued at those events, but she’s now getting candid and dishing on her personal ties to the mob, some behind-the-scenes dirt from her time on the show, and the gossip she’s hearing around town.

There’s always been a lot of chatter about whether some of the RHONJ cast members were involved with the mob, but as it turns out, Kim is admitting that she had multiple family members in the mob, which include her stepfather and her first husband, but both have since passed away. She recently appeared on the Juicy Scoop with Heather McDonald podcast and claimed that although she was not a part of the mob personally, that upbringing helped her earn respect and benefitted her while she was part of “the most ruthless show that was ever on television.”

“I’m Italian, so we just close our eyes [to it] and we don’t know. I don’t think they’re all killing each other,” she explained. “We don’t really know, but we kind of know just by the respect they get in the community. So when I said ‘I play with the big boys,’ you [have to] remember this is from when I was a child, and my husband. People still respect me on the street, as you would say, because of who my stepfather was [and] because of who my husband was.”

Kim then pivots and discusses the drama that went down when Melissa Gorga and Kathy Wakile joined the show. It’s no secret that Teresa Giudice never wanted her family on the show and Kim claims Teresa had no clue that her sister-in-law and cousin had signed on and only found out the night before the filming of the third season was set to begin.

“Teresa did not know that they signed for that show until the night before the christening,” the boutique owner explained. “They told her ‘you’re filming the christening [and] your brother and Kathy Wakile signed,’ and I swear I was on the phone with Teresa until one-thirty in the morning. Teresa said, ‘I don’t even want to sign this! I don’t even want to go!’ She was distraught,” Kim revealed.

As for how Melissa was even cast on the show, especially since the “true star” of the show “couldn’t stand her,” Kim claims Melissa sent Bravo a malicious video tape.

“Melissa sent in a video to Bravo, she proclaimed. “And I heard from one of the producers, he told me that if I had seen that video, I would have fell on the floor. It was directly to cut at Teresa. It was to come on [and] to go on the back door of Teresa. They were disgusted because Teresa didn’t bring them in. There was animosity between them and that’s what got her on the show.”

Kim and Teresa have since had a major falling out, which was featured on the show, and the former RHONJ friend stresses that she will never feel “fondly” or “kindly” for Teresa again due to the way the Fabulicious author treats others.

“She back-doors people,” Kim stated. “And this is what I’m trying to say. She doesn’t have a soul; she doesn’t know how to be a good friend. She goes through friends like I’ve never [seen] and she can’t hold onto a friend because of that reason.”

Kim maintains that she does wish her former friend “the best,” but when asked if she’s happy for Teresa and her new “normal” man, Luis Ruelas, she decided to spill some major tea.

“Well he’s not normal… I just got a [message] – I didn’t get involved in this and it’s the first time I’ve minded my own business – but listen, we’re on,” she alleged to Heather. “I got a message from a very good friend of mine that used to do my nails stating that he’s seeing her girlfriend too.”

Kim goes on to describe the message she received and the receipts she claims to have.

“She goes, ‘Teresa got herself another cad [and] he’s really no good.’ She sent me pictures and I’m like ‘I’m not getting involved,’” claims Kim.

Still, the Posche boutique owner does admit that she’s happy that Teresa finally realized that she doesn’t “need” to be with Joe Giudice,