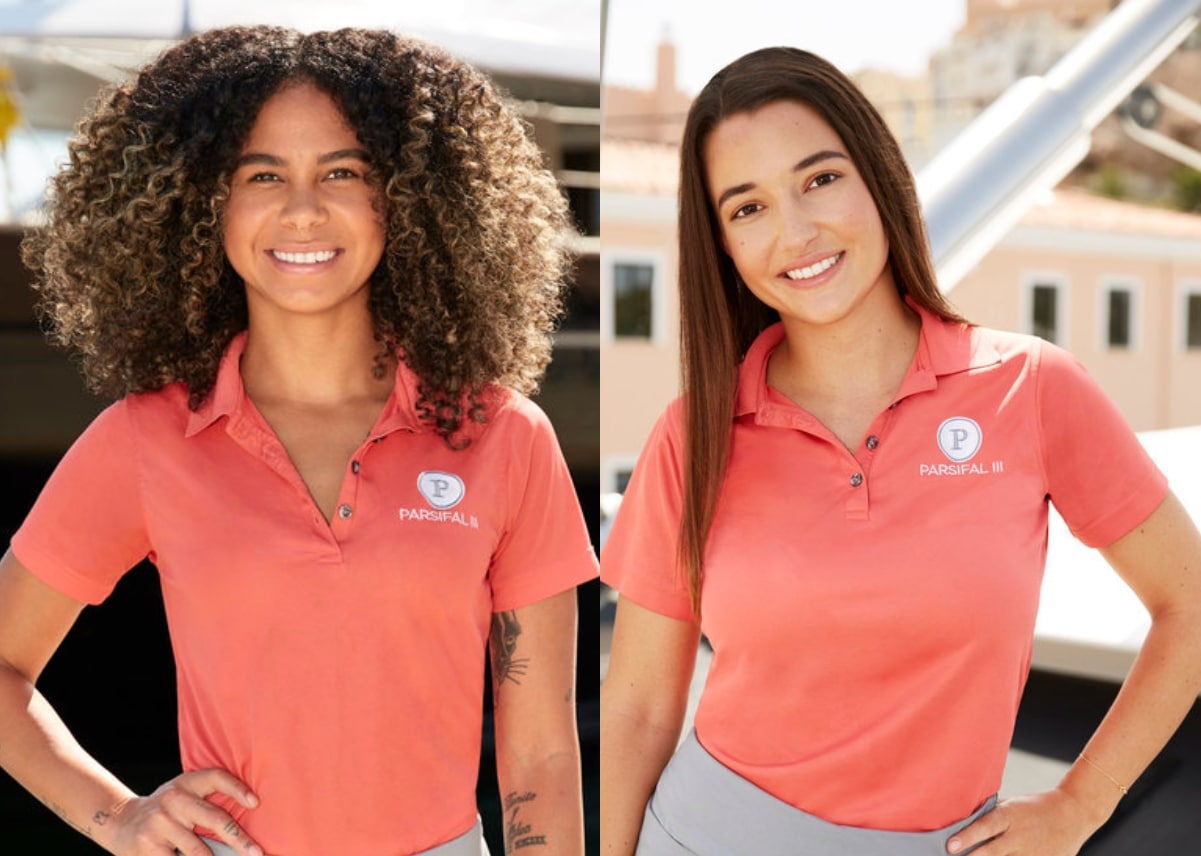 On a recent episode of Below Deck Sailing Yacht, Gabriela Barragan made a tearful confession to her nemesis, Ashley Marti, and she shared that she wanted to quit.

In response, Ashley promised to keep the secret. The very next day, though, the 24-year-old played a game of telephone and went straight to the ear of their boss – Daisy Kelliher.

As many fans know, the Gabriela/Ashley saga is ever-unfolding, and it features a war on social media as both castmates throw shade at each other.

In a recent video posted to Twitter, Gabriela responded to Ashley’s betrayal.

“Um, I am not surprised. I am disappointed that she twisted my words and made it seem like I was complaining. But I wasn’t, so cheers to that,” said Gabriela, as reported by Monsters & Critics.

Gabriela wasn’t the only one disappointed. Since the episode aired, numerous fans have tweeted their disapproval of Ashley.

“Ashley is just a spoiled brat who doesn’t know how to work well with others. Grow up and get over yourself,” wrote one viewer.

Another expressed, “Ashley is such a backstabber not sure what Gabriela was thinking when she confided in that girl.” 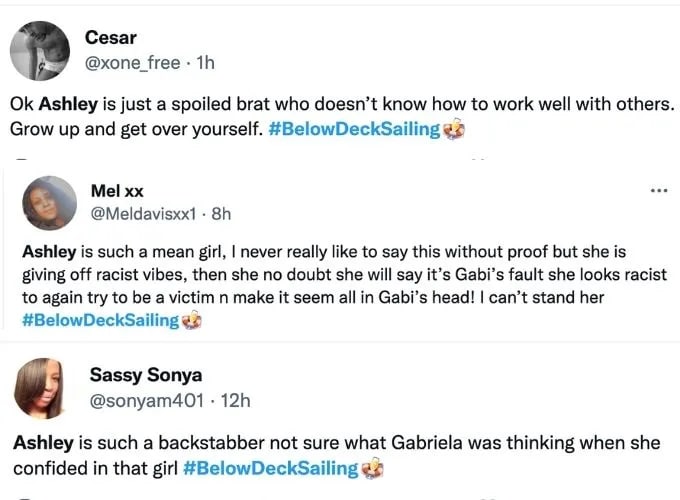 “Ashley is a little passive aggressive opportunist,” wrote another. “Gabriella opened up and was vulnerable and Ashley is twisting that to try and turn the whole boat against her.”

Ashley is a little passive aggressive opportunist.
Gabriella opened up and was vulnerable and Ashley is twisting that to try and turn the whole boat against her.
🗑#BelowDeckSailing pic.twitter.com/UHPYJHCgch

Some fans pointed out the love square between Daisy, Ashley, Gabriela, and Gary King, suggesting jealousy is a hidden factor of the feud. Another user slammed Ashley as a “mean girl.” 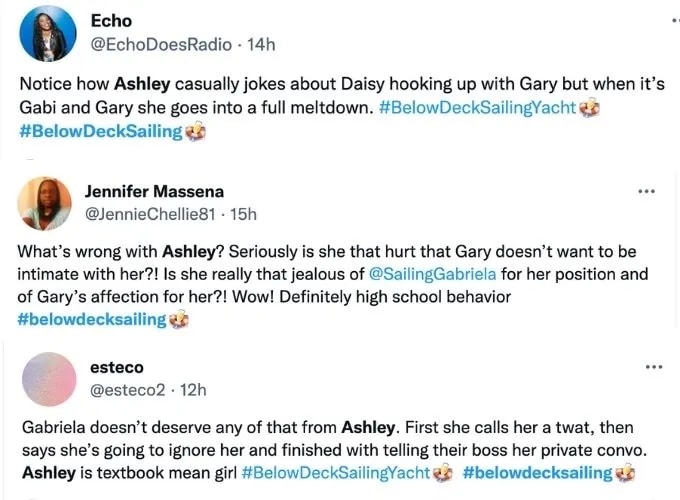 You know how Ashley said that Tom showed his age? …Yea. She’s showing her right now on this charter in this episode. #BelowDeckSailingYacht #belowdecksailing #BelowDeck pic.twitter.com/iuAyCcMj5c

The award for Deepest Insult, however, may belong to a fan who mentioned a past villain, Jenna MacGillivray.

Despite Gabriela’s efforts, Ashley seems allergic to the idea of a truce. As the season continues, more battles are likely to arise — both on and off the Bravo airwaves.