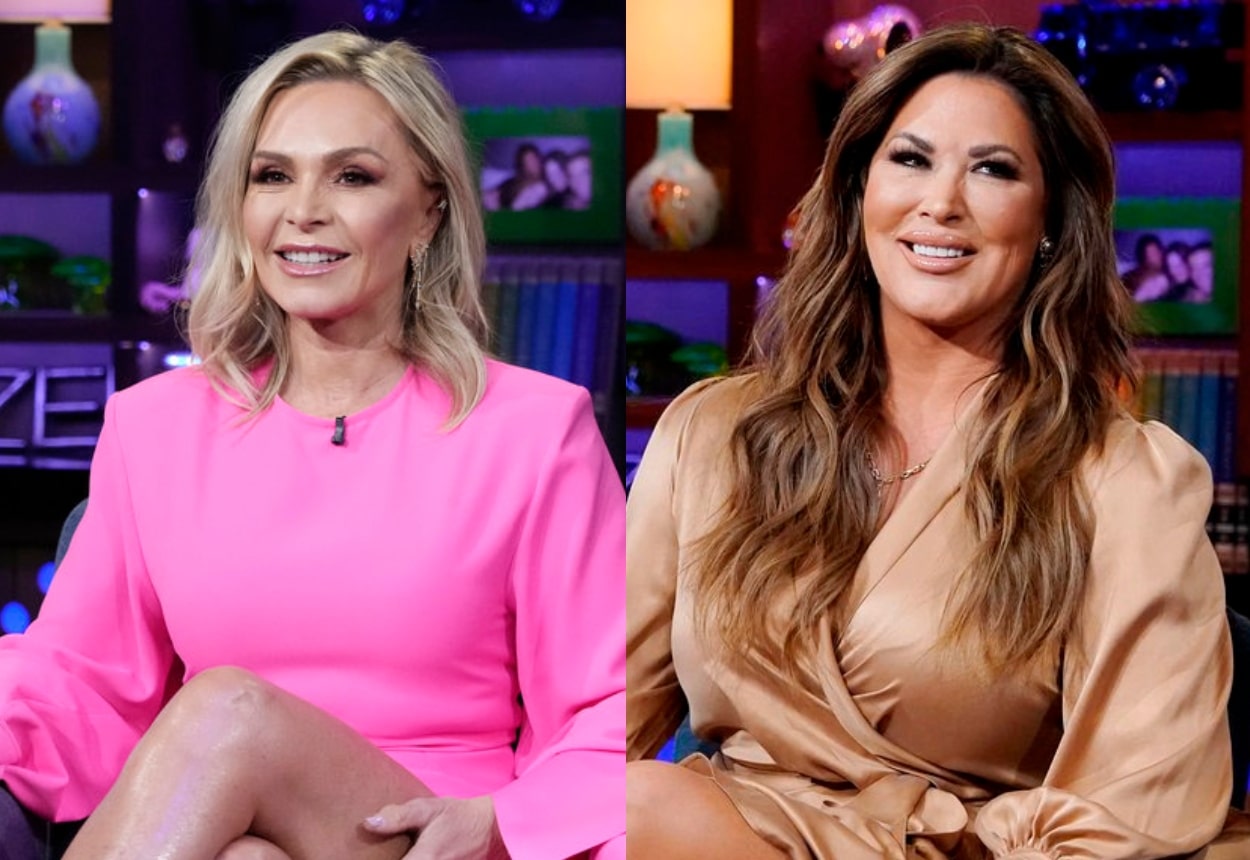 The Real Housewives of Orange County just finished airing its two-part reunion, and people have had a lot of thoughts. Of course, this includes Housewives alums Tamra Judge and Teddi Mellencamp, who had a lot to say about one housewife’s performance — specifically, Emily Simpson.

It’s unfortunate because, apparently, the two had begun to take a liking to Emily throughout her seasons on the show.

Per Heavy, speaking on their Two T’s in a Pod podcast episode titled, “Snoozy Reunion,” Tamra basically wanted Emily to “shut up” during the entirety of the reunion as she seemed to insert herself into every conversation.

“Shut up, shut up, that’s all I could say the entire time. She wouldn’t let anybody speak and then when she did butt in and somebody goes,‘I’m talking,’ [she says,] ‘well can’t I have an opinion.’ She’s a very angry girl, very, very angry,” Tamra said.

Teddi agreed with Tamra’s opinion but expressed her disappointment in how Emily’s behavior has seemingly changed — aka she found her voice.

“I’m disappointed because we were really taking a turn on her for the better as viewers,” the RHOBH alum said.

Tamra continued to elaborate on her annoyance with Emily, recalling an appearance she made on Watch What Happens Live back in February. She said she thought Emily was “the breakout star” but has since changed her tune.

“I went on Watch What Happens Live and said she was a break out star and now I completely take it back, like everything is so forced and at the very beginning she came in hot and I thought, ‘oh this is great, she’s going to stir some s***, she’s going to speak her mind, because she never did that in the past,’ but now it’s like, ugh, you are just talking to hear yourself talk, sit down,” Tamra stated.