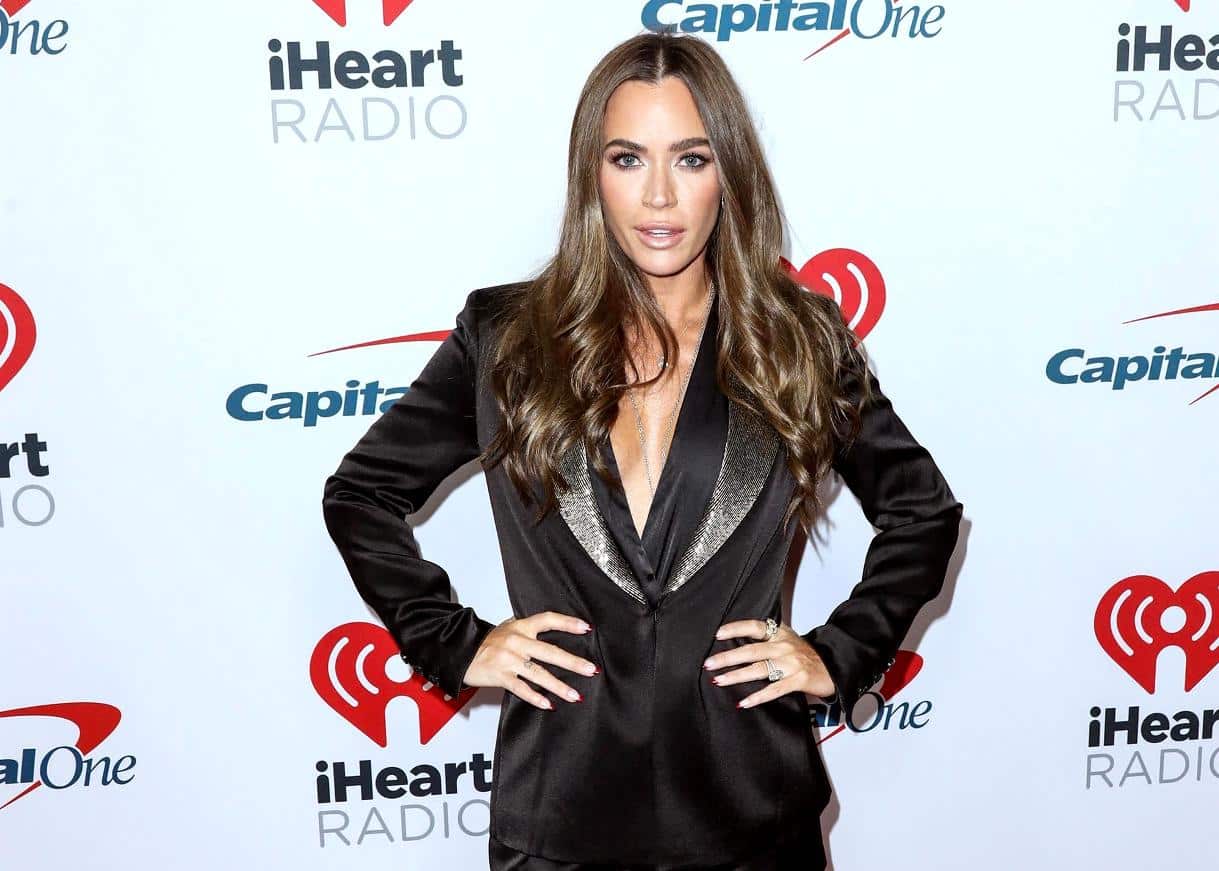 Teddi Mellencamp knows she stirred the pot during her time on The Real Housewives of Beverly Hills.

While looking back at her time on the Bravo reality series on the heels of the release of the dramatic trailer for the new season, Teddi admitted to being a bit messy as she shared details about the filmed events she attended amid season 12 and claimed to be relieved that she’s no longer on the show.

After a fan wrote a message to Teddi, saying that they loved her on the show and didn’t understand why she was fired, Teddi said it “was meant to be” before admitting to being a “sh-t stirrer.”

“No one got to see the full-rounded person that I am. I am a sh-t stirrer but I am also a mom, business owner, friend, daughter, sister, wife and quite self deprecating. Who would have known?” she asked on April 11. 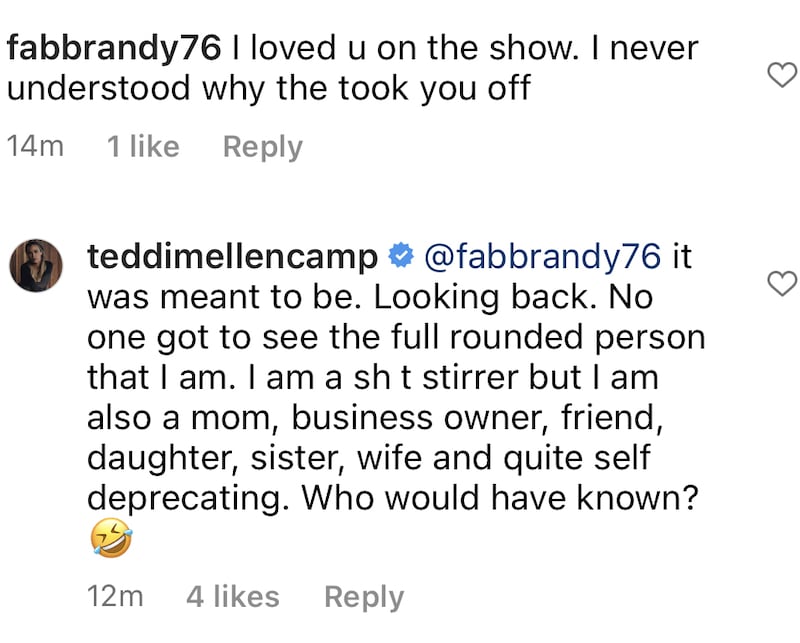 In another comment, Teddi responded to a fan who wondered, “Will there be any guest appearances from you on [season 12]?”

That said, Teddi did take part in a couple of filmed events during season 12, including the opening of Kyle Richards‘ store in Palm Springs, California.

“I was hosting an event for [Extra TV[ during one episode and I attended Portia’s [birthday] but I never slapped on that mic pack,” she revealed.

Along with a series of throwback moments from RHOBH, Teddi revealed that during a recent conversation with her podcast co-host, Real Housewives of Orange County alum Tamra Judge, she was finally able to say that she did not miss being a part of the cast.

“Recently on [Two T’s in a Pod, Tamra Judge] asked me if watching the [RHOBH] trailer was hard for me and if I missed it. And for the first time I truthfully could say ‘No,'” she wrote. “It took me a full season to recover from that breakup but I am so glad I have. I mean, now I get paid by [iHeartRadio] to watch and talk about ALL the things afterwards. Seriously though, I am forever grateful for my time on the show and what it has done for me, but I honestly felt relief watching the juicy supertease. Now, I can look forward to covering this season on our podcast with a fresh perspective and give my takes [and] insight as I’ve done for the other franchises— even if the majority of the cast are my friends (for now…I kid!).”

Also on Instagram, Teddi shared the price of the cast’s intro diamonds.

“I’ve always wanted to know if the diamond you hold for the intro is real,” a fan wrote. 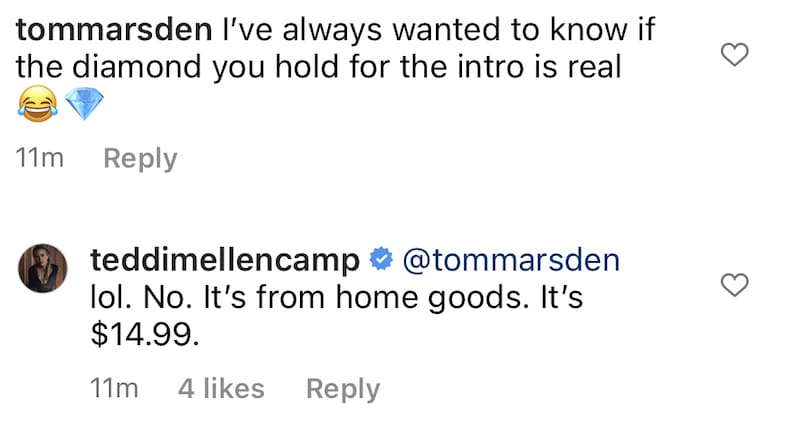