Home Real Housewives of Beverly Hills News Teddi Mellencamp on Why She Ripped Off Mic and Ran Off Amid RHOBH Filming, If She’s Open to “Friend” Role, Being a ” Pot Stirrer” and Proudest Moments

Teddi Mellencamp on Why She Ripped Off Mic and Ran Off Amid RHOBH Filming, If She’s Open to “Friend” Role, Being a ” Pot Stirrer” and Proudest Moments 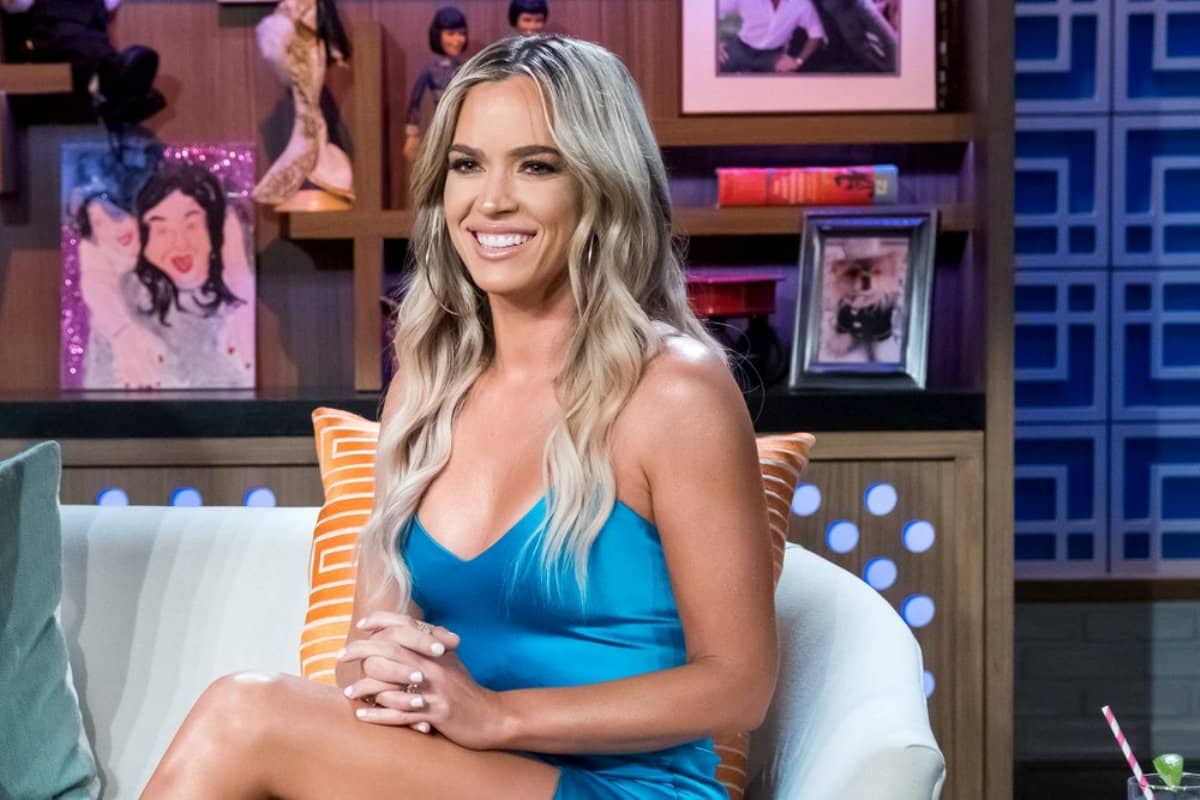 During a recent interview, Teddi opened up about the controversial phrase that was used to avoid a tense conversation during season 10, as well as whether she’s had a “hot mic” moment and whether she’d be open to taking on a “friend” role for an upcoming season of the Bravo reality show.

Although Teddi had never heard of the “Bravo, Bravo, Bravo” loophole before, she did once find herself being recorded at a time she didn’t expect to.

“I would say the closest to a hot mic moment I ever had was [Kyle Richards] and I went to like, the Florida johns, and we were talking and they ended up showing us in the bathroom talking to each other,” she revealed.

According to Teddi, everybody had their moments on RHOBH when they “turned it on.” And, when it came to anticipating these over-the-top moments, she said she learned to take clues from her castmates. That said, she wasn’t always ready, emotionally, for her co-stars’ outbursts.

“You can feel somebody’s energy and sometimes you take it personal and it’s not personal… That often times would happen to me. Because I’m one of those people that can be overly empathetic in situations that have nothing to do with me,” she explained.

While Teddi hasn’t been seen on the show in a full-time role since season 10, she was part of a filmed event last year amid season 12. However, as she explained, she doesn’t want to be featured in an one-in-done position as she was on season 11.

“There’s one episode where I’m working for Extra and I’m covering an event that the Housewives are at. But in regards to filming in-scene, doing a drop-in like that is not something I’m interested in doing,” Teddi also shared with Us Weekly.

She also doesn’t want to return to RHOBH in a “friend” role, telling the outlet, “No,” before admitting that she does miss certain aspects of the show at times.

“The good news is the women I’m friends with I still see and talk to all the time, so that’s not missing. But I mean, it was a big part of my life for a long time. But I’m happier without it. But of course you miss things,” Teddi noted. “It’s like that boyfriend that didn’t treat you the best but you still think about him from time to time.”

During her time on the show, Teddi was often considered to be a pot-stirrer. And, while she certainly brought up some crucial issues amongst the group, she said she wasn’t doing so at the prompting of producers. Instead, she was simply doing her job.

“They would say, after information would come to me, or if I would vent to them, they would say, ‘Would you prefer to tell the person to their face or would you want to tell it to one of the other women?’” Teddi said of her producers. “And I always chose to their face, which sometimes bit me in the butt. You have to talk about it. That’s part of what you signed up to do.”

Also during the interview, Teddi shared her two proudest moments on Bravo.

“One was getting pregnant with Dove,” Teddi stated. “I wish they would have showed more but that was so incredible, some of the things that I got to film and thankfully Bravo and Evolution gave me some of the videos they took that were never shown and they’re things I’ll be able to keep for the rest of my life that I never would have recorded had I not been on that show. And then the other was my All In retreat. It was such an incredible experience, I mean, granted you guys saw the drama aspect of it. There was over 50 incredible women that just, we had a life-changing event, all of us, and it was really, really cool.”