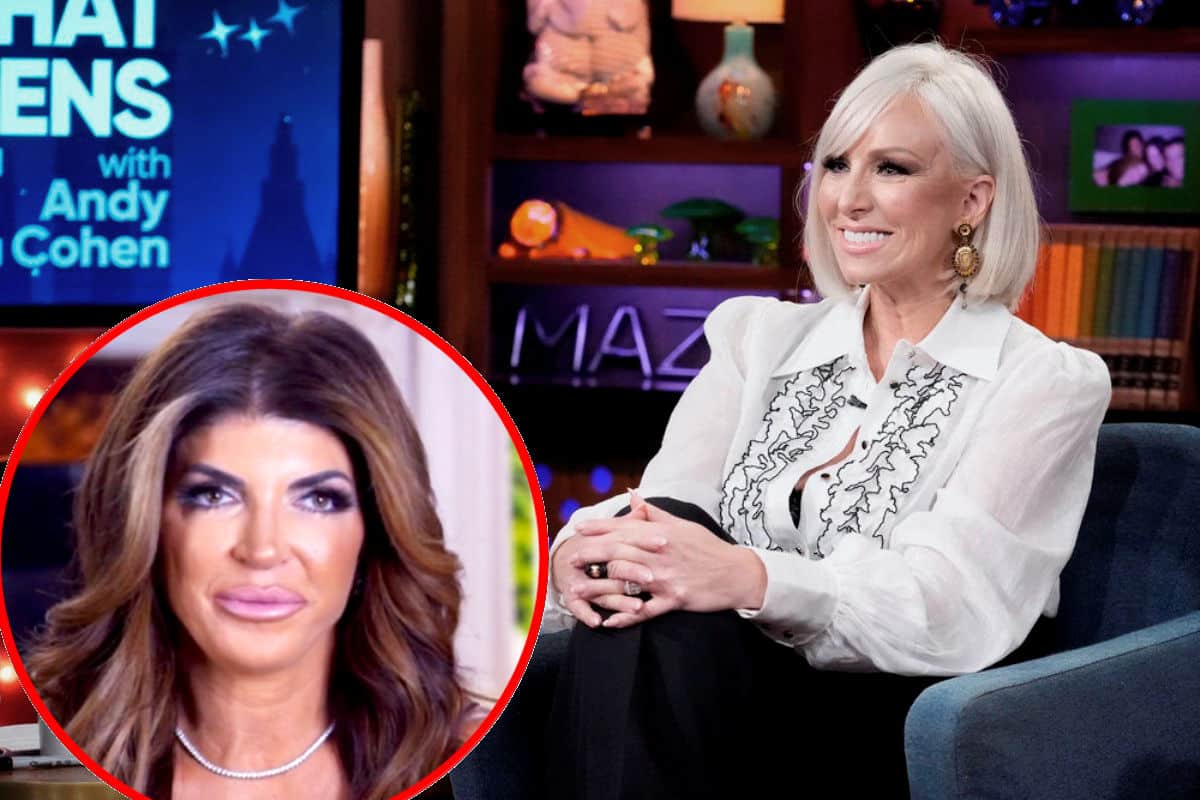 When Teresa Giudice accused Margaret Josephs of leaking stories about her fiancé Louie Ruelas, Margaret called her a disgusting liar. This set Teresa off, and she threw drinks at Margaret in the middle of the restaurant.

The scene became an iconic moment on the Real Housewives of New Jersey. Although Margaret expressed horror at Teresa’s actions, many have pointed out the hypocrisy of her outrage (because Margaret engaged in several physical altercations on camera).

In an interview with ET, Margaret opened up about her drama with Teresa. “Any ‘Tre Hugger’ should be yelling timber at this point,” she said, alluding to Teresa’s fans. “I feel [the other Housewives] are disappointed in her. I think we saw a side of her that wasn’t very… she’s not the Teresa we all knew and loved, let’s put it that way.”

Margaret said the upcoming reunion, which airs on May 3, was “draining, dreadful. I mean, it was the longest reunion we’ve ever filmed. I’ve never seen Andy so frustrated, disenchanted. I mean, he was just as irritated as some of us. It was really the longest reunion I’ve ever had, and the most insane.”

“I think we were just all in shock,” she went on to say. “We were reprimanded [by Andy] a lot.”

Margaret (once again) insisted she never leaked information about Louie. “[Teresa] just can’t take responsibility that all this stuff came out [about Louie],” expressed Margaret. “Unfortunately, she thinks that I am talking to the bloggers or whatever…”

Regarding the drink toss, Margaret said, “Watching it back, I actually think it’s worse than I remember… I was so caught up in the moment and, you know, watching her come back to threaten me, that she was going to beat the crap out of me? And see how many times she called me ‘white trash’ and all of this? You know, it’s pretty shocking.”

“I think that’s absolutely ridiculous,” said Margaret. “You can’t even compare. I think this show has a very hard time with analogies. I think people don’t know how to make proper comparisons.”

Margaret suggested she was doing Louie a favor when she brought up the allegations on camera. “I actually gave [Teresa] and Louie an opportunity to explain themselves on a platform and explain it to the world, and just make it easy and go away, and that’s really what I was doing… There was no way that I wanted her to ever look bad or feel bad. And she does just a good job of doing that on her own.”

Recently, her co-star Jennifer compared Margaret’s physical altercations (e.g., when she tossed wine at Danielle Staub, poured water on her, and angrily pushed her husband into a pool) to Teresa’s restaurant scene.

Margaret suggested that her own altercations are “acceptable” because “people getting wet… can recover from it. It’s not going to physically harm somebody. But… Teresa’s rage and attacks are a different level. Those were glasses, things flying. It could have cut my face. It got to a level, threatening to hurt me.”

In Margaret’s logic, shoving a guy into a pool is just a “fender bender.”

The 55-year-old said Teresa is “not really one to apologize.” She also addressed Teresa’s body-shaming remarks, which were made throughout the season.

“I think it’s pretty horrific,” said Margaret. “It’s not acceptable. And to do something like that, it is just a very low blow. She just doesn’t even know that it’s not even politically correct. You don’t do that to women. Every behavior of hers has set women back and it’s unfortunate, but I was not going to even engage in it. Thank God I’m tough … It doesn’t emotionally cripple me, but imagine [if] I was someone else that it did?”

She added, “[Teresa] knows that Jackie … has struggled with an eating disorder, and to say that in front of Jackie? Listen, she doesn’t think before she speaks. I mean, I can’t even say what she was thinking. It’s indefensible.”

According to Margaret, the reunion “really impacted our relationship… I think [Teresa] said some things that were very, very hurtful, where I really tried very hard to reason with her, be understanding, be empathetic. And I just don’t feel that’s what I got back from her.”

It also challenged Margaret’s “eternal optimism.” Before the reunion, she “thought there was a road back… Clearly, [Teresa] doesn’t follow the yellow brick road, like I do… [Now] I don’t know if there’s a road back. I’m very much a forgiving type of person — and I’ve forgiven her many times — and she’s behaving in a way [as if] I did something horrible to her, and truthfully, she’s the one who really did horrible things to me.”

Margaret experienced “backward movement” in her relationship with Teresa, but she admitted there was resolution with Louie. “I think Louie is very rational,” said Margaret. “I think he did a much better job at the reunion than he did on the season. Listen, I’d take Louie over Teresa any day of the week!”

“I don’t believe that Louie [views me as the villain]… I think Louie believes in reason. He understands the way things work. He doesn’t dial into conspiracy theories.”

Although much of Margaret’s storyline centered on Teresa, the business owner insisted RHONJ is not Teresa’s show. “That’s actually not true at all,” she explained. “Last year, we weren’t talking about Teresa’s life. Last year, it was all about Jackie. We’ve talked about me. When people say, ‘Margaret, you have no story,’ that is absolute nonsense.”

However, Margaret does want a friendship with Teresa. “I just feel like [Teresa] is different and I don’t know what’s going on there, truthfully.”

In any case, the star is “glad the season’s over… I felt like I was in the hot seat a lot.”