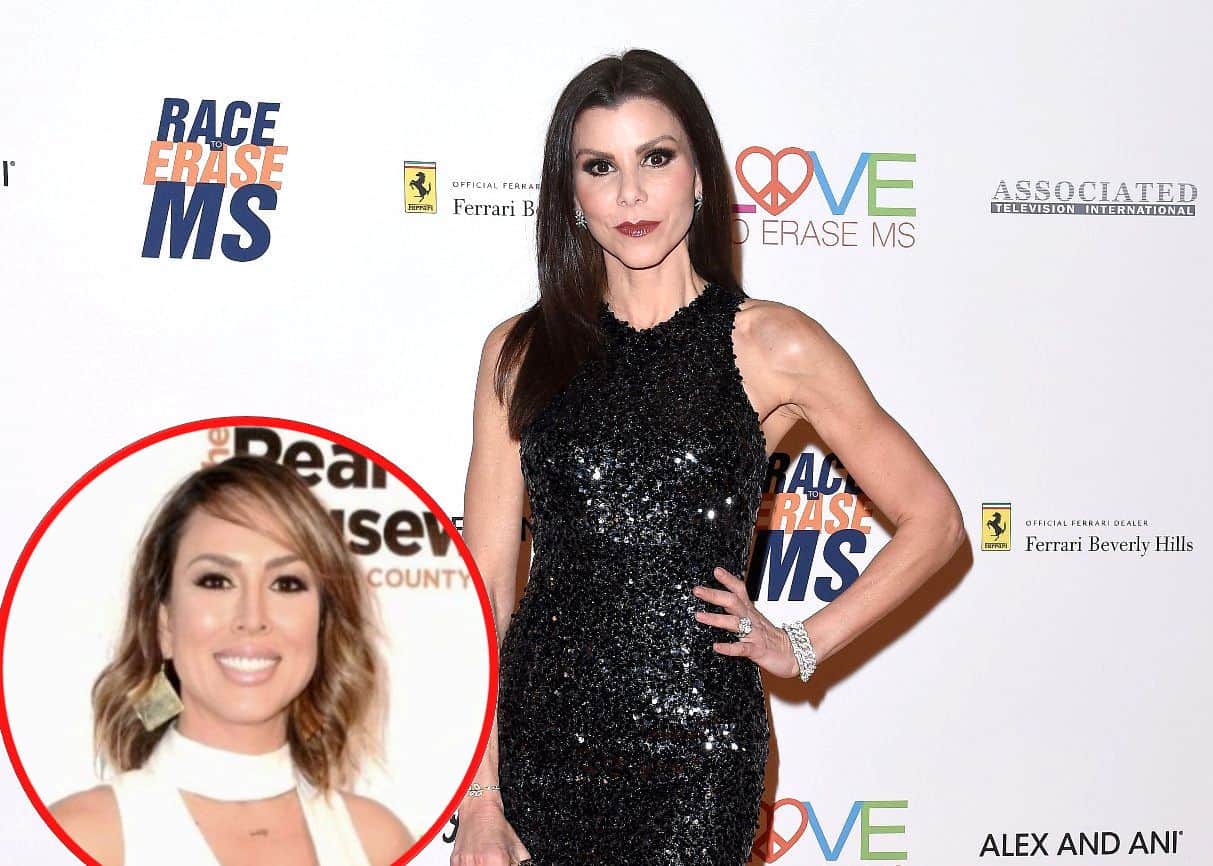 Heather Dubrow is speaking out against Kelly Dodd‘s recent claims regarding her husband, Dr. Terry Dubrow, and his supposed years-long affair with his office assistant.

On a recent episode of her podcast, the Real Housewives of Orange County star spoke to Glee actress Becca Tobin about the online rumor before revealing that when it comes to infidelity, that’s not something she would ever tolerate from her partner.

“There’s a rumor online right now that Terry was like banging his assistant for years. It’s not true. I’m not going to give it any weight or any life because it’s stupid. But, the point is this: For me, cheating is like the one, it was my one hard no,” Heather revealed on the April 28 episode of Heather Dubrow’s World.

In fact, when Heather first began dating Terry, she delivered a very clear message about cheating.

“I was like, ‘No matter what happens in our lives, just know, I can’t recover from that,'” Heather recalled.

“I can handle messing up and doing stupid things, but when, I’ve had a handful of incidences in my life where a couple people have been so incredibly disloyal that… And it’s not many but it’s a couple and it just, I will never get over it,” she continued.

As RHOC fans may have seen, Kelly made her shocking allegations against Terry after we shared a picture of Heather with Shannon Beador on our official Reality Blurb page on Instagram, along with an article, titled, “Heather Dubrow is Claiming She Knew of Shannon Beador’s Ex David Beador’s Cheating During Dramatic RHOC Reunion as Shannon Fires Back.”

Following the sharing of the post, Kelly took to the comments section, where she wrote, “Don’t throw stones at glass houses HD !! EVERYONE IN NEWPORT BEACH KNOWS TERRY WAS BANGING HIS OFFICE ASSISTANT!! (Allegedly). Don’t want to get sued a 3rd time !! It’s common knowledge here ask anyone ! HYPOCRITE.”

Back in 2019, during an interview with AOL, Heather admitted that her marriage to Terry hit some road bumps amid their third season on RHOC that nearly led them to walk away from the show.

“And we learned a lot,” she continued. “Marriage is a leap of faith, and you can either grow together or grow apart, and I think we’ve done a really good job at working on the things like going on date nights, having sex, knowing how to fight.”