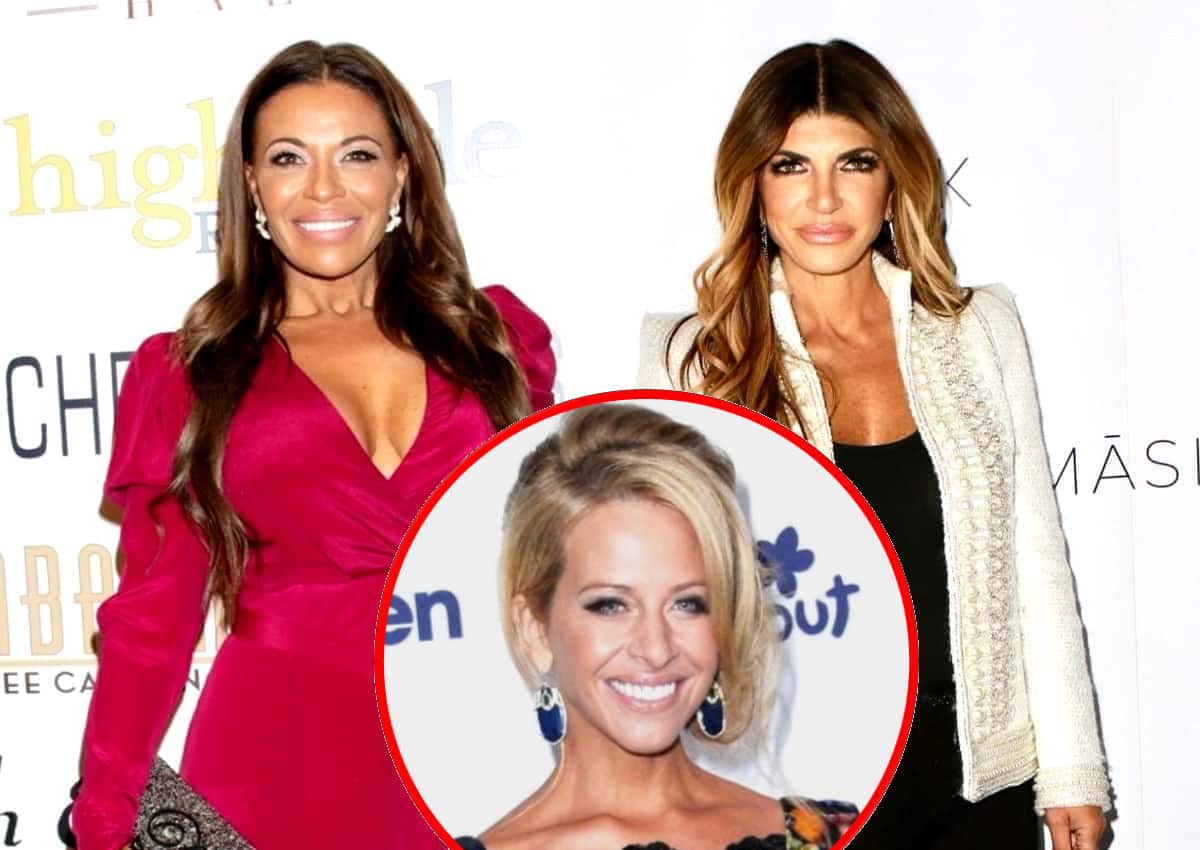 Real Housewives of New Jersey’s Teresa Giudice is finally revealing why close friend and co-star Dolores Catania wasn’t invited to her engagement party, and that reason is none other than former RHONJ housewife Dina Manzo.

Per Page Six, Teresa stated on Christian Gray Snow’s podcast, The Slut Pig Podcast, “I know her and Dina do not speak.” (Referencing Dina and Dolores’s long-standing feud.)

“But Dina’s in California, Dolores is here. So, I can have relationships with both of them,” Teresa continued. “Dina never tells me anything about Dolores and vice versa. Dolores doesn’t say anything about Dina.”

Teresa went on to elaborate, saying she wanted the event to be “small” and “intimate” as to avoid conflict as Dina was present at the event. Since Dolores is invited to her and fiancé Luis Ruelas’ wedding, Teresa thought the engagement party snub shouldn’t be a big deal.

“I was like, ‘You know what? She’s gonna be at the wedding, and she’ll [Dolores] will be fine,’” Teresa said.

And “fine” Dolores seems to be.

Dolores initially said that she didn’t score an invite to the engagement party because Teresa said it was only for the couples that double-date with her and Luis.

“I would have liked to have been there, but I wasn’t mad because really, all I care about is her,” she told Andy Cohen while on a Watch What Happens Live appearance.

“I called Teresa and said, ‘Was I not invited because you’re mad at me?’ And she’s like, ‘No, no, no. We only invited couples that we go out with.’ And I thought, ‘That’s enough for me,’” Dolores said.

Although Dolores did say that she was initially a bit “hurt” by not being included in the party, in the long run it didn’t matter as all she cares about is Teresa’s happiness.

“If that’s how Louie and her wanted that party, that’s fine. My concern is her enjoying her day,” Dolores reiterated.

Back in February 2021, Dolores referenced her fallout with Dina on the Everything Iconic with Danny Pelligrino podcast, saying, “We just went our separate ways, I guess. Some people like to move on from another life and like to leave what’s behind them for a reason, I guess, whatever reason that is. Maybe they think you know too much about them, or maybe they’re not who they say they are. Whatever the case is.”

In happier news, as we previously reported, Kim DePaola staunchly ascertained that Dina would be Teresa’s Maid of Honor on the Behind the Velvet Rope with David Yontef podcast. However, Teresa is confirming that is not true, and her four daughters will actually be her Maids of Honor.