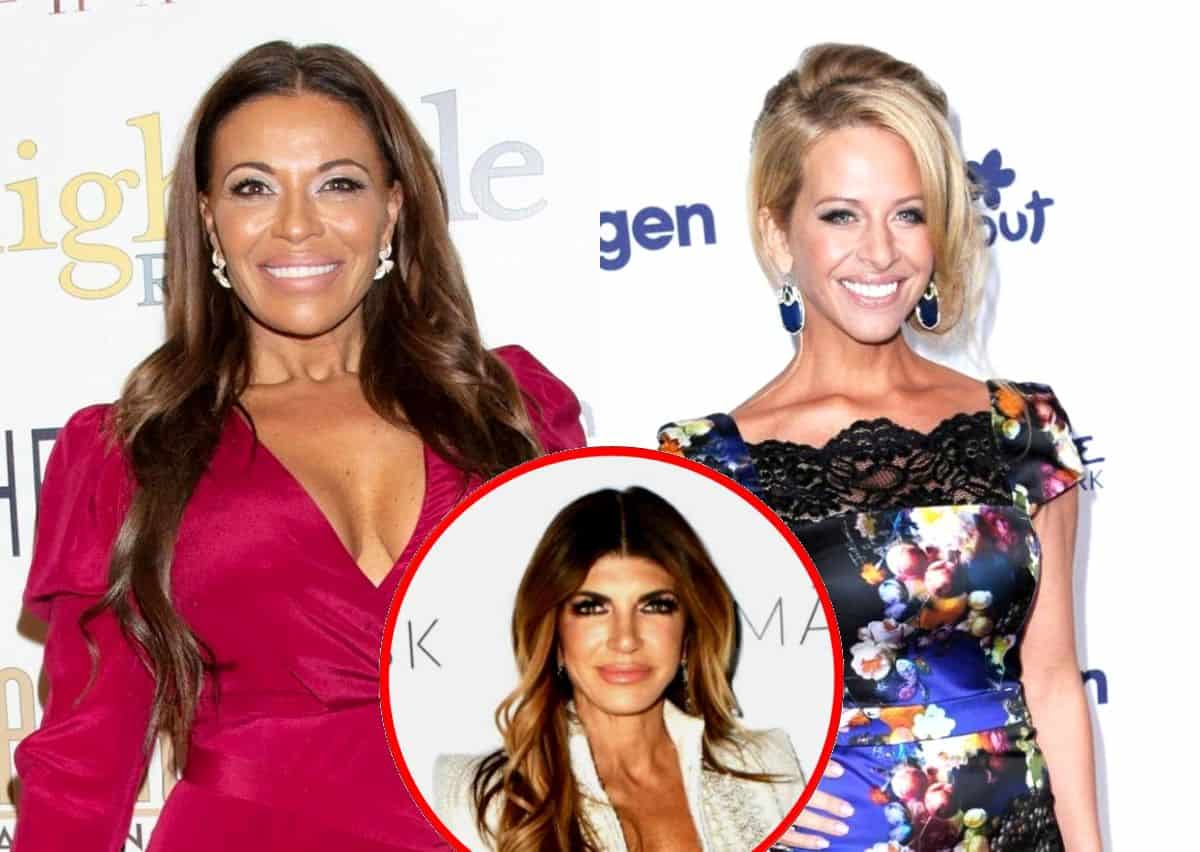 Dolores Catania explains why she’s no longer friends with Dina Manzo, says Teresa Giudice needs to be transparent about her new relationship with Luis Ruelas, and reveals which co-star’s husband she used to work with.

As Real Housewives of New Jersey fans likely know, before Dolores joined the show, she was very close with co-star Teresa, as well as former cast members, and sisters, Dina and Caroline Manzo. While Dolores is still very fond of Caroline and speaks with her often, the same cannot be said for Dina.

In a recent interview, she was asked if she’d like for Dina to “pop in” on the show from time to time, and she took the opportunity to shade the blonde beauty.

“Well Dina lives in California now, so I don’t think so,” she said on the Everything Iconic podcast. “She’s not my – no,  no. It [was] boring then.”

‘We just went our separate ways I guess,” Dolores continued. “Some people like to move on from another life, and like to leave what’s behind them for a reason I guess, whatever reason that is. Maybe they think you know too much about them or maybe they’re not who they say they are. Whatever the case is.”

When host Danny Pellegrino attempted to push Dolores harder to explain who Dina really is, she simply responded, “who cares?”

As for her longtime friend Teresa, Dolores is very happy that she’s finally found love again, but says if Teresa is hoping to keep her relationship with Luis private, she better think again.

“The show has become her identity and now that she’s approaching this new life, she’s going to have to be forthright with it because people have followed her life for [a long time],” she explained. “People expect it and it’s up to her whether or not she wants to do it, of course, but it’s almost like – it’s a part of her now. You’re either in or you’re out. It may not be easy, because it never is, and this is not an easy job, but she’ll do what she has to do.”

When the topic turned to her recent plastic surgery, Dolores explained that she knows the best surgeons in the business, and revealed that she actually knew co-star Jennifer Aydin‘s husband, Dr. Bill Aydin, well before she ever met Jennifer.

“I know doctors. I’ve, like, dated a couple and I was a surgical assistant by trade and I also got to work with Dr. Aydin. I would assist him in surgery. I’d hand him his instruments.”