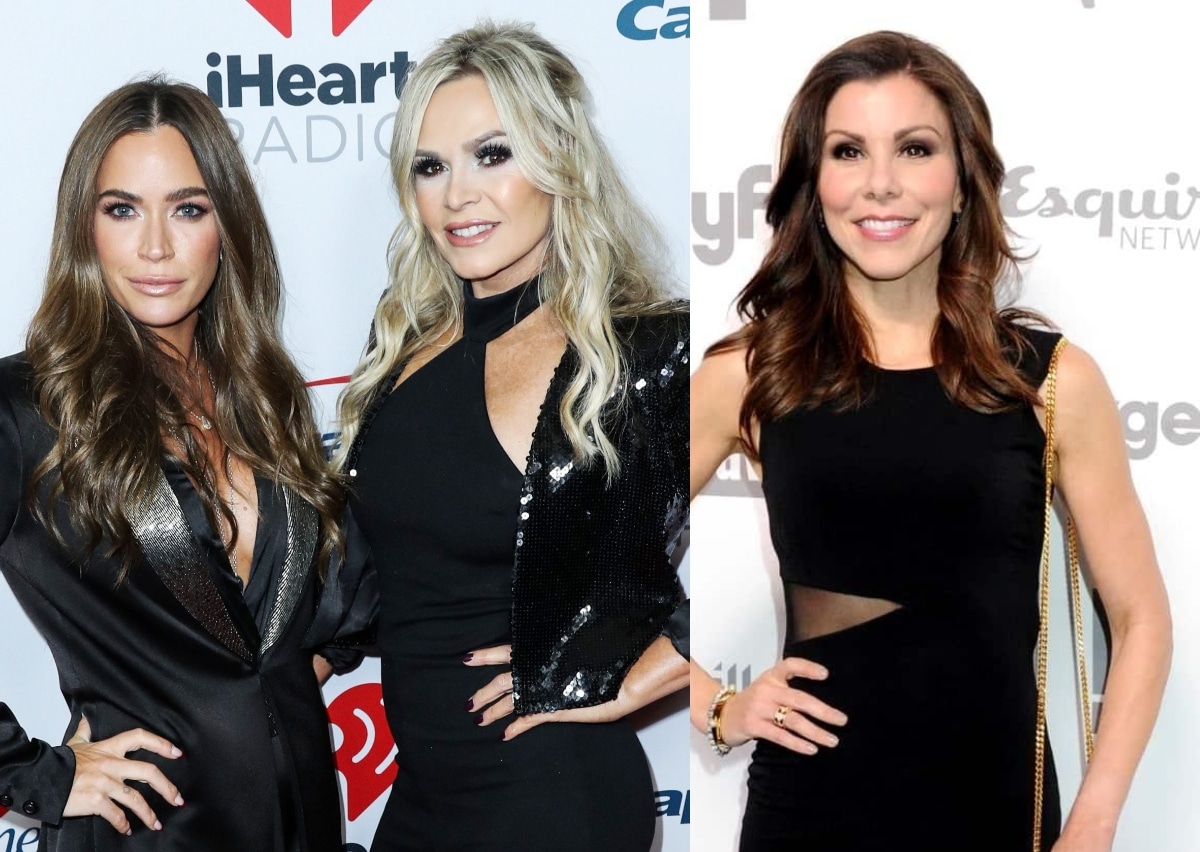 It’s Heather Dubrow‘s world – Everyone else is living in it.

On the May 5 episode of her podcast, Heather became crystal clear about her displeasure with Tamra Judge, who committed the ultimate sin (she criticized Heather’s choices on Real Housewives of Orange County).

She also suggested that Tamra shouldn’t return to the show, and listed the reasons why. Heather’s co-host took it a step further, asserting that Tamra has nothing going on in her life.

“I could literally cry about it,” said Tamra on her own podcast, “Two T’s In A Pod,” via Heavy. “No, because it was so mean girl like not necessary. And I did talk to [Heather] afterwards, like I sent her a message that was not very nice, and she ended up calling me, and we talked through it, but I listened to [Dubrow’s podcast] maybe five times after it, and I’m like this is just mean. This is mean.”

Tamra was hurt by the co-host as well. “[Jefferson] says ‘it’s weird when ex-cast members are watching your show, and their life is being defined by the fact that they used to be on your show,’ referring to me,” said Tamra. “He went on to say that ‘Tamra went from being your friend to being a blogger’ and multiple times they would call me a blogger and say that I needed to get a life … as if me watching the show is a bad thing.”

She added, “And then Heather went on to say, ‘How do you come back from that, and why would you even come after me? There’s no place for Tamra on the show now that she’s a blogger’ … It was like they tried to constantly put a message out there about me.”

Tamra, who didn’t understand why Heather got upset, was “confused” by the remarks. Teddi Mellencamp (co-host of “Two T’s In A Pod”) claimed Heather should be mad at her rather than Tamra (because she once claimed Heather was “self-producing”).

“She can be irritated with me, you always have her back,” said the Real Housewives of Beverly Hills alum.

Teddi revealed her theory on why Heather made the remarks. “Why is that she feels so threatened by you she needs to put you down? I think it’s almost because she’s worried that you will come back [on the show] and she won’t be able to call all the shots anymore.”

Tamra also suggested that Heather had a specific intention.

“I’m like, ‘why did she do this?’ She was putting a message out, clear message and I think it was to Bravo, I think you’re right, I think she wanted to make me look bad, she wanted to insinuate that I’m some dirty blogger and there’s no place for me on the show.”

Tamra explained that her “feelings are hurt,” even though she “talked it out” with Heather, and they seemingly agreed to move forward. “But I’m getting so many messages about this,” said the mother-of-four. “And I wanted to clarify, I’m not going after [Heather].”

In the game of ‘Housewives,’ Heather is a smart player. She knows what the producers are searching for – and what they seek to avoid. If Tamra is painted as a compromised blogger, she’s less likely to win back her orange.

In the past, Kelly Dodd suggested Heather was a puppet master, pulling all the strings.