Home Real Housewives of Orange County News ‘RHOC’ Heather Dubrow on What Led to Falling Out With Tamra Judge, Says Feelings Are “Hurt” by Tamra’s Efforts to Stay “Relevant,” and Addresses Future on Show

‘RHOC’ Heather Dubrow on What Led to Falling Out With Tamra Judge, Says Feelings Are “Hurt” by Tamra’s Efforts to Stay “Relevant,” and Addresses Future on Show 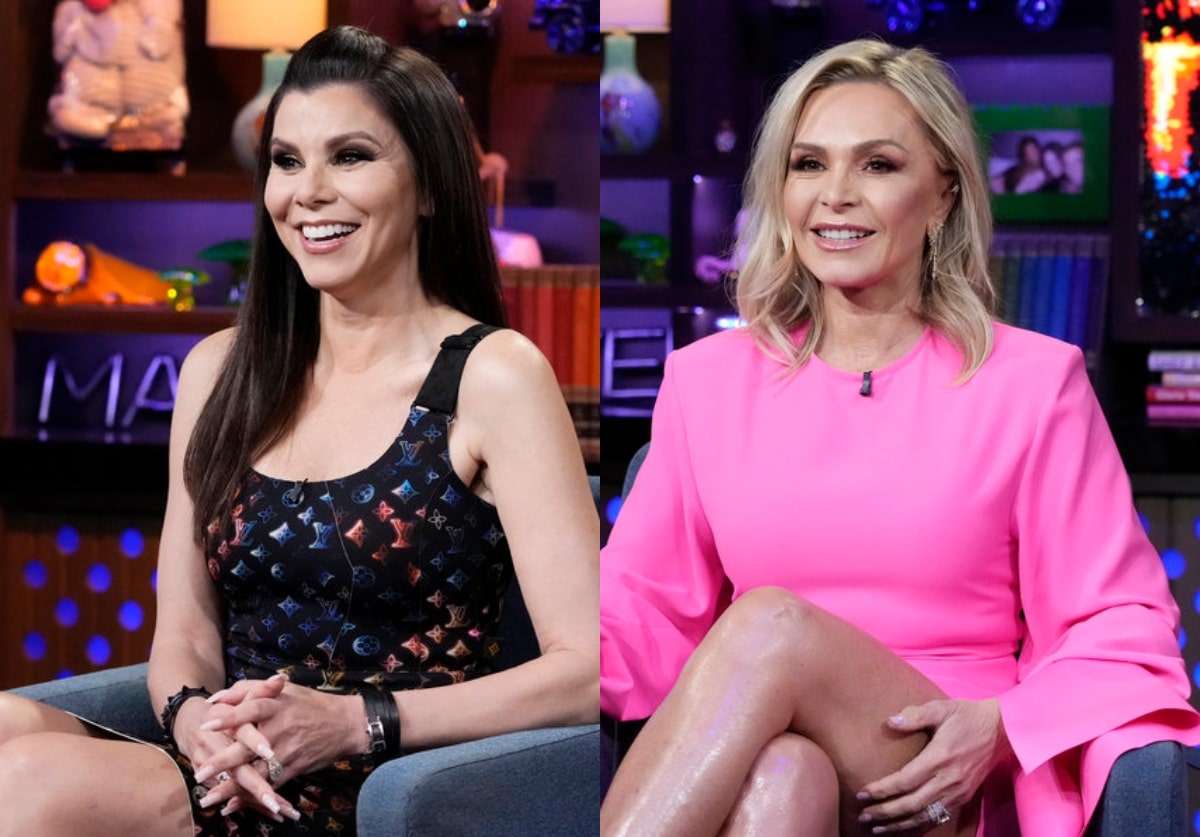 Heather Dubrow hasn’t heard from Tamra Judge since questioning her about a post she shared on Instagram in regard to The Real Housewives of Orange County‘s season 16 reunion.

During the latest episode of her podcast, Heather addressed her relationship with her former castmate before reacting to the negative things she’s said about her on her podcast with Teddi Mellencamp, Two T’s in a Pod, sharing her thoughts on returning for season 17, and revealing why Bravo will likely never bring Tamra back to the show.

“Tamra and I have always had a really good relationship and she and I were texting and fine and normal and then when she put up the picture of us at the reunion of us in our dresses and like scooped it. I texted her and I said, ‘Why did you post that?’ And I haven’t heard from her since,” Heather told her listeners on Heather Dubrow’s World.

After Heather’s co-host shaded Tamra for using her platform to talk about her former show, comparing her gossip to “peeking,” Heather admitted his opinion was “fair” but also defended her.

“She’s trying to stay relevant, and I mean that in a good way, build a brand, do this podcast, have a career, and I don’t begrudge any of that. And if part of doing a recap of our show is there, that’s fine,” she said, before adding, “What I don’t like is that if we’re friends… [Why] go negative on me? There’s just been a couple of things that I’ve heard that I’ve gone, ‘Why say that? Why do that?'”

According to Heather, she has always believed that she and Tamra had a good relationship, even amid disagreements.

“I always felt like there was a basis of friendship there and mutual respect that when I see those clips in my feed, and people send me things, I feel like, ‘So is doing that podcast or whatever brand you’re building more important than that?'” she shared. “I mean, I guess that’s the answer… [And] my feelings are very hurt.”

Regarding her potential role on RHOC season 17, Heather said she’s not yet sure if she’ll be back.

“I just feel like the answer is, ‘It depends,'” she confessed. “I gotta see what happens at the end of the school with my kids and Max and Nicky going off to college. But I mean I think I’d like to come back.”

For the moment, Heather is “gonna stick a pin in all this” as she focuses on “other projects” and sees where recent pitches take her.

“I need to walk away from this for a little while so I think what my plan is… I just want like a solid month to not think of this and then I’ll see how it feels. And we’ll have a family meeting about it,” she explained.

While Heather isn’t yet sure if she’ll be returning for the new episodes, she said that due to Tamra’s ongoing banter about RHOC, fans will likely never see her on the show again.

“At this point, how would you have someone back who just talks about the show all the time? Once you become someone who talks about shows, especially a show you were on, how can you then go back to that show?” she wondered.