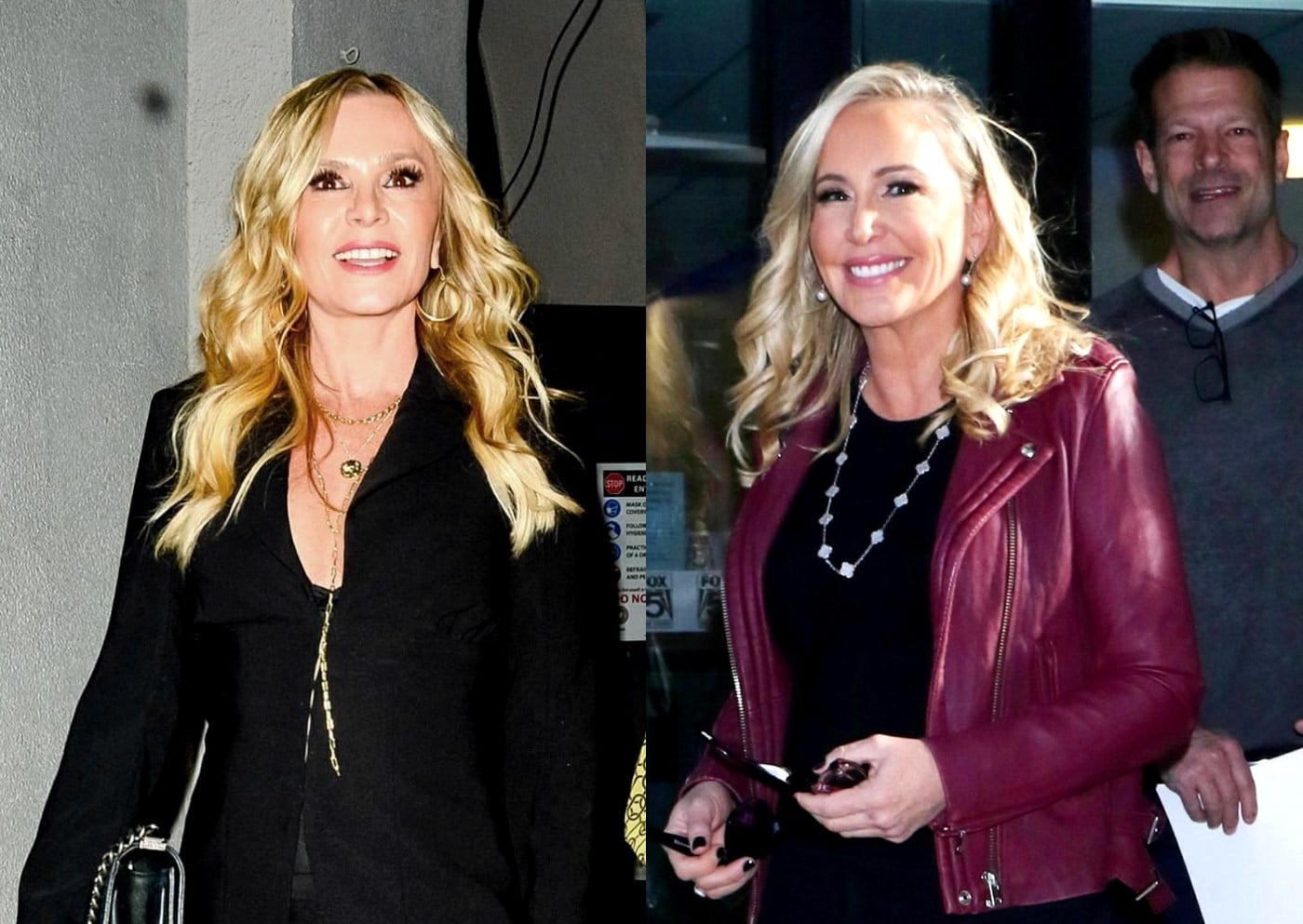 Tamra Judge made an unexpected declaration on Instagram after watching part one of the two-part reunion for the 16th season of The Real Housewives of Orange County.

After Heather Dubrow, Emily Simpson, and Gina Kirschenheiter took on Shannon Beador as they rehashed the events of the season, which included arguments over who was truly responsible for the Nicole James lawsuit drama and accusations of jealousy over friendships, Tamra revealed whose side she was on.

“Seems like a Shannon vs Them in this reunion. Whose side are you on and why is it Queen Shannon?” asked the Two Judgey Girls on Instagram, via Comments by Bravo. 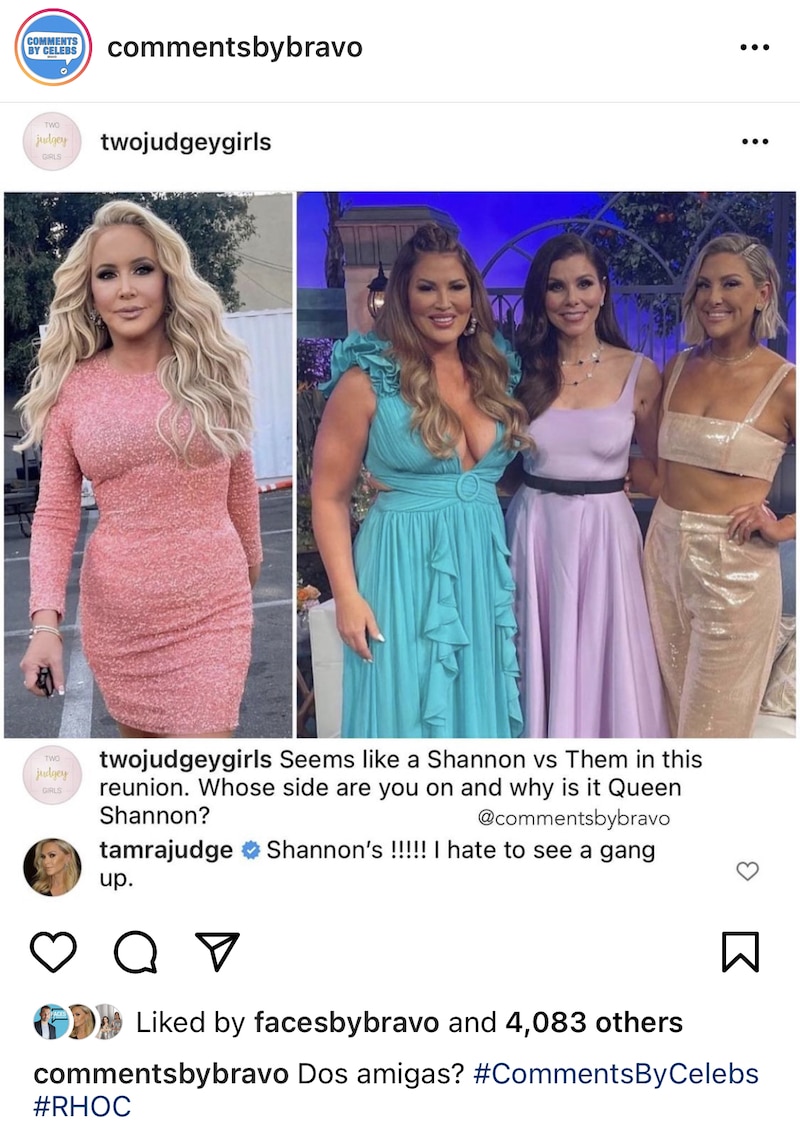 As RHOC fans may have seen, Tamra also discussed recent episodes of the show during an episode of her and Teddi Mellencamp‘s podcast, Two T’s in a Pod, earlier this month, saying that the ladies of the show were “mean girls.”

“I’m not a huge Noella fan by any means, however, you have to have sympathy for someone that just lost their father, she’s going through a divorce, like all these things, like you have to have a sympathy gene in you and none of them, other than [Shannon Beador] have that – it is like mean girls, versus sad girls to me at this point,” Tamra said.

Tamra also accused the cast of being “up Heather’s a–” as Teddi said a number of the ladies were clearly trying to “appease Heather,” who was brought back to the show for season 16 after starring on seasons seven through 11.

Although the finale episode of RHOC season 16 saw a major drop in ratings, garnering Bravo just 732,000 viewers, the first installment of the reunion saw a slight increase.

“The Real Housewives of Orange County has seen a small lift in overnight ratings for this weeks Part 1 reunion for Season 16. The Wednesday reunion episode saw 873k viewers tune in. The season finale a week prior was the lowest rated episode in the shows 16 year history hitting a low of 732k,” the Real Housewives Zone confirmed on Instagram on April 21.

The fan page also noted that the season 15 reunion for RHOC brought in 1.024 million viewers, which is 151,000 more than this year’s special. 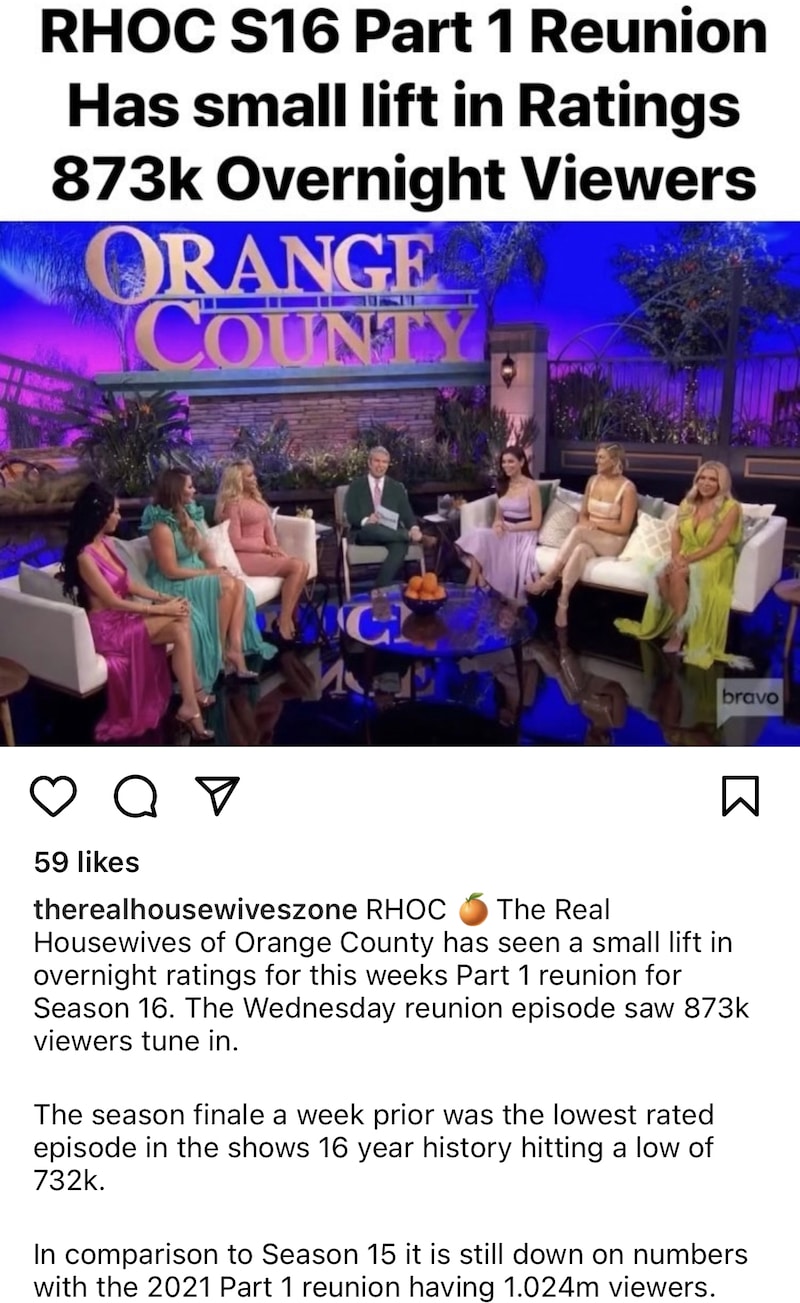 The Real Housewives of Orange County season 16 reunion concludes next Wednesday, April 27, at 9/8c on Bravo.