Home Real Housewives of Orange County News Heather Dubrow on If She Had Nicole Fired From RHOC, Claims Betrayal by Producers and Shannon, Plus if She’s Returning For Season 17

Heather Dubrow on If She Had Nicole Fired From RHOC, Claims Betrayal by Producers and Shannon, Plus if She’s Returning For Season 17 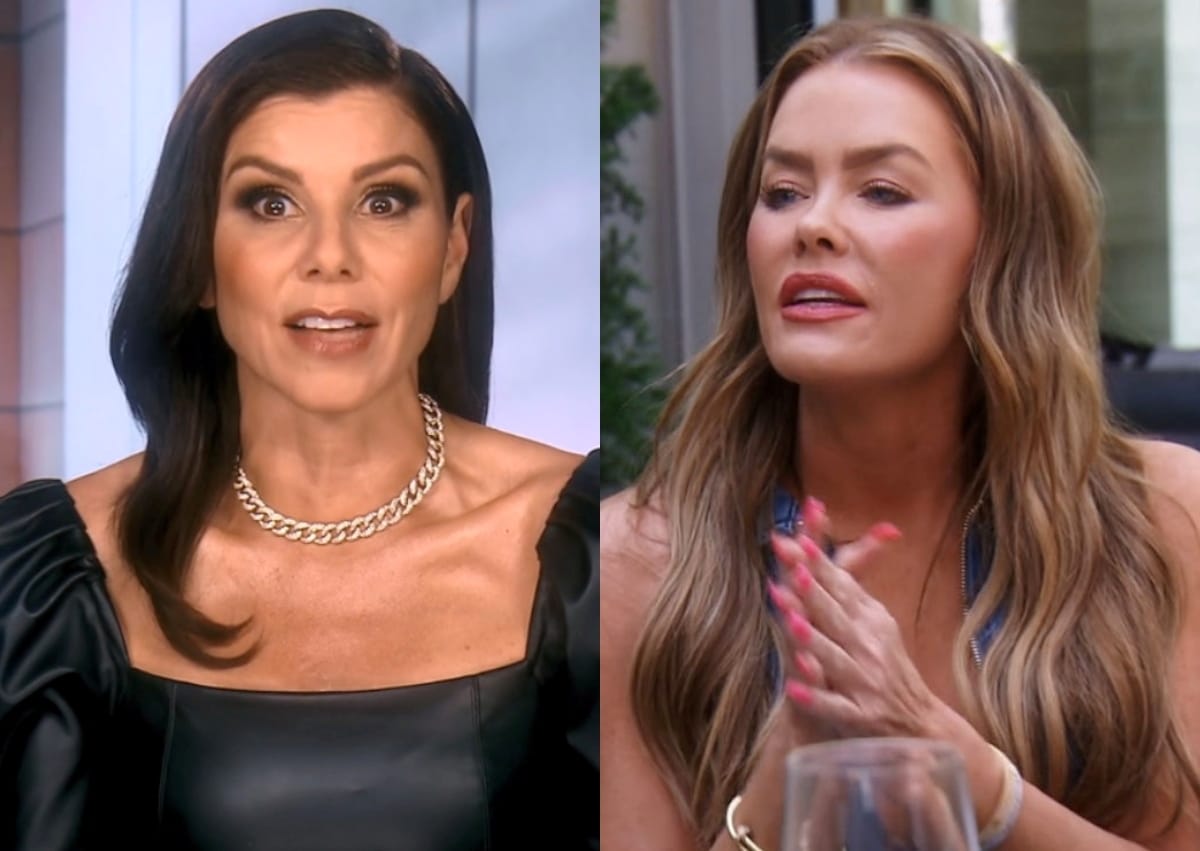 Heather Dubrow is reacting to a rumor claiming she had Nicole James kicked off of The Real Housewives of Orange County after learning she had taken legal action against her husband, Dr. Terry Dubrow, a plastic surgeon, years before joining the show.

Before suggesting she was betrayed by both Shannon Beador, who shared the news of Nicole’s past drama with Terry with their castmates, and her production team, and discussed looking forward to season 17, Heather responded to a question about whether or not she had anything to do with Nicole’s sudden exit from the show.

“Didn’t happen. As a matter of fact, I tried to talk her into staying,” Heather confirmed on the February 28 episode of Behind the Velvet Rope with David Yontef. “I liked Nicole. I’ve known Nicole for like seven years. We’re not, we were never like best friends, but friendly.”

According to Heather, she frequently crossed paths with Nicole at events and always found her to be “nice.” So, when producers asked her to bring a friend with her to season 16, she thought she’d be a good fit.

Even after Nicole’s action against Terry, which never amounted to anything substantial, was exposed (by Gina Kirschenheiter, who learned the news off-camera from Shannon), she and Heather “were fine.”

“There’s a lot of misinformation out there, but nothing happened. It was a lawsuit. She dropped it. There was no settlement… Trust me, if we had to pony up money, you think we wouldn’t remember? We’d remember,” Heather confirmed.

While Heather felt badly that Nicole was ambushed at her home on the premiere episode of RHOC season 16, she ultimately realized she “wasn’t right” for the show.

As for how she felt after the ambush, Heather said that what Shannon and her producers did as she stopped production and nearly quit “felt like a betrayal.”

“It felt like, ‘You asked me to come back. I came back, I’ve opened up my house in my home and my family. And I get like attacked and ambushed in my house at the very first party.’ And it felt, it all felt so calculated,” Heather admitted. “And I felt betrayed by so many people. And I know that there’s a lot of people out there that feel like I overreacted and blamed Shannon. I think that there’s more that comes out at the reunion that people might understand…. I think that people will understand more why I felt the way I felt and why I reacted the way I did.”

Despite the drama of season 16, Heather isn’t writing off the idea of returning for season 17.

“Let’s see how the reunion goes. Let’s see … You know, you never know,” she said.

Looking back at season 16, Heather confessed that taking part in the reality show is a “double-edged sword.”

“I’ll tell you that I’m super grateful for the platform. And … It was not an easy season for many reasons. But I’ll say like those scenes with the kids, I would say I would’ve done it again,” she stated. “No, one’s perfect. Of course I regret things, but that’s what the reunion is for.”