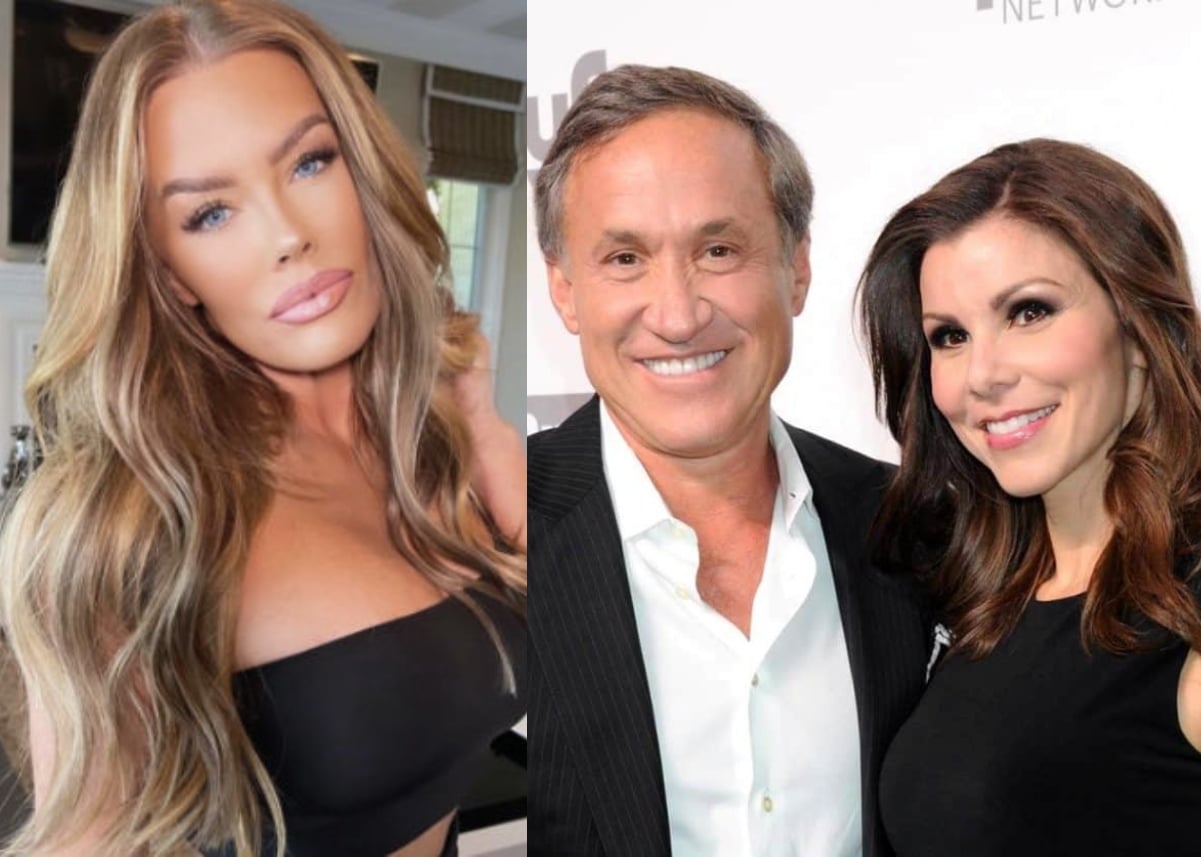 The Real Housewives of Orange County season 16 was expected to feature three new, full-time wives, including Noella Bergener, Jennifer Armstrong, and Nicole James. But according to a new report, Nicole was ultimately given a demoted role.

While Bravo has not yet commented on the season 16 cast, aside from confirming the return of Heather Dubrow and the exits of Kelly Dodd, Braunwyn Windham-Burke, and Elizabeth Vargas, an insider claims Nicole ruffled feathers behind the scenes after allegedly making negative comments about the plastic surgery she received from Heather’s husband, Dr. Terry Dubrow.

According to the report, Shannon Beador neglected to tell Heather what Nicole had allegedly said, and she instead took the information to their castmates. This led Heather to become infuriated both with Shannon and Nicole, who Heather brought to the cast.

“Nicole was brought on by Heather but only filmed for a few weeks,” a source told Radar Online on October 29. “A big storyline that will play out (but is also the reason why she’s no longer on the show full time) is that Nicole was unhappy with the breast augmentation Terry performed on her many years ago.”

“It started circling around through the group, and Heather found out because Shannon was telling everyone but her,” the insider continued. “Cue the fight between Heather and Shannon.”

While the RHOC cast wrapped filming on season 16 earlier this month, Nicole stopped shooting scenes several weeks prior. That said, the source couldn’t confirm whether Nicole chose to film less or if she was forced to do so.

As some may know, the production company behind the show, Evolution Media, also produces E!’s Botched, which features Terry and Paul Nassif.

“So for them to have a Housewife accusing Terry of such a nefarious, scandalous thing could affect their other show that makes them money,” the source noted.

During an interview with E! News, Emily Simpson and Gina Kirschenheiter opened up about the episodes that are to come.

“I was going to fight and [Gina] was apologizing a lot,” Emily laughed during a recent event. “It’s been a long time since I’ve been that mad. I probably said the F-word like 8,000 times that night.”

According to Gina, there are a few “plot twists” and “stranger than fiction” storylines, some of which she’s “not excited” to relive.

“It’s very hard for me and I wish I could be excited because I actually really am genuinely excited in a way that I have never been before doing this for the entire season, but I know I just have to get through the beginning first and it’s hard,” she explained, adding that she had to “close out” past wounds.

Despite the drama, Emily described season 16 as “100 percent” fun and confirmed she was in good places with Gina and Shannon.

As for her thoughts on Heather, Emily said she wasn’t exactly as she expected.

“Everyone has given her this personality that she’s bougie and pretentious. She can be but she also a very normal, down to earth, easy to get along with personality and I don’t think people see that,” Emily shared. “Heather is the type of woman that I like to be friends with for real.”

“I adore Heather,” Gina agreed. “I also like that Heather is super fancy but she can really cut loose. She has her really good moments of being totally uncensored, down to Earth and fun. I call it ‘Bad Heather.’ I like when ‘Bad Heather’ comes out.”

Although Emily enjoyed filming with Heather, she admitted there were a couple of times where they didn’t see eye-to-eye.

“But we can have a thoughtful, intelligent conversation where she can see my point of view and I will see hers and I like to have conversations with people like that,” Emily explained. “She is a worthy opponent, intelligent and I enjoy that.”