Home Real Housewives of Orange County News RHOC’s Shannon Beador Reveals How Heather “Hurt” Her Feelings, Reacts to Villain Label, and Offers an Update on Friendships With Gina and Emily

RHOC’s Shannon Beador Reveals How Heather “Hurt” Her Feelings, Reacts to Villain Label, and Offers an Update on Friendships With Gina and Emily 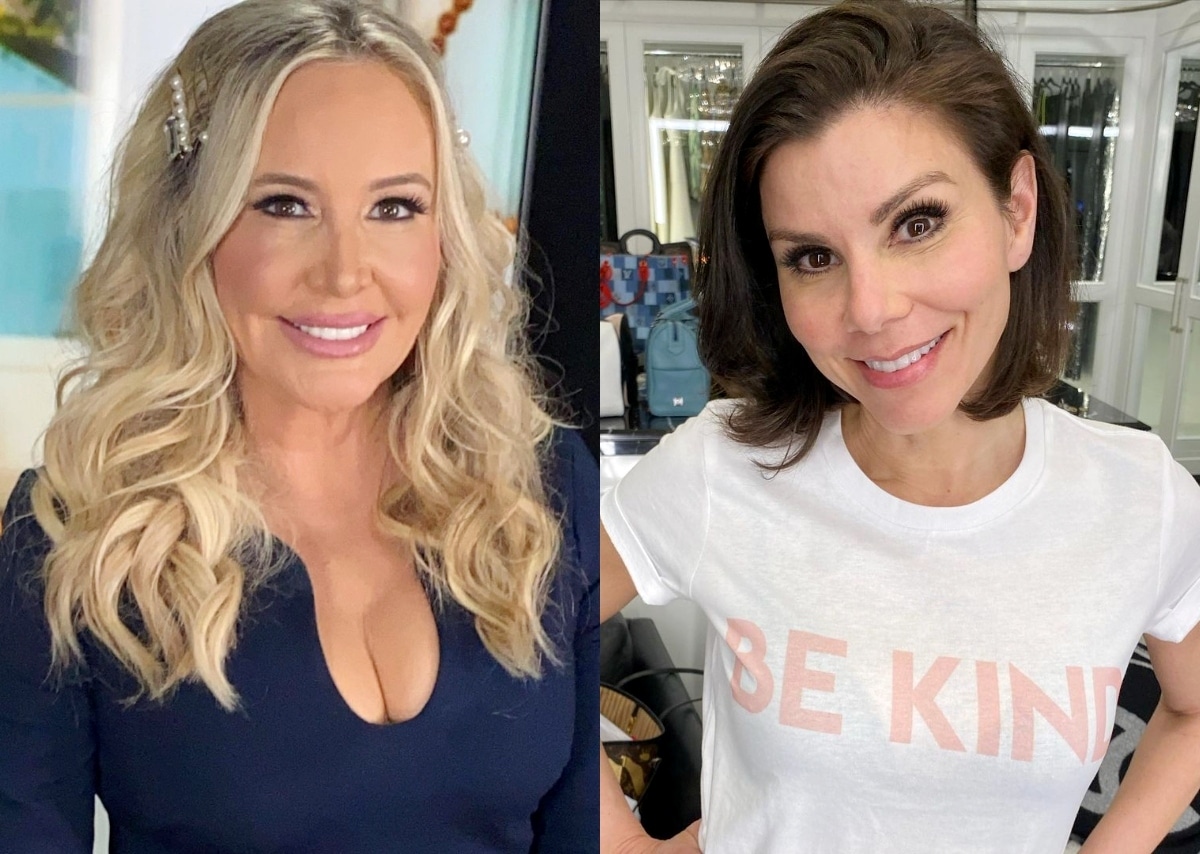 Shannon Beador is speaking out about the drama she faced with Heather Dubrow amid the 16th season of The Real Housewives of Orange County.

As she continues to be accused of meddling behind-the-scenes by feeding information about Nicole James‘ past lawsuit against Dr. Terry Dubrow to Gina Kirschenheiter and Emily Simpson, Shannon is revealing how she felt about Heather’s hesitancies to rekindle their friendship before revealing where they stand with one another today.

“It kind of hurts your feelings a little bit,” Shannon admitted of Heather’s concerns during a December 1 interview with Entertainment Tonight.

And regarding Heather’s suggestion that Shannon’s maiden name of “Storms” was fitting, Shannon clarified that she’s a storm “of fun.”

“I can take the definition of storm in a positive way. Who doesn’t want a little bit of stormy?” she joked.

While she and Heather certainly got off to a rocky start on RHOC season 16, Shannon believes they ended the season in a good place.

“I hope so… I’m happy she’s back. I think she brings a lot to the show. She’s very fun,” Shannon said.

Going into season 16 after a controversial 15th season, Shannon said she “absolutely” felt pressure to make the show great. However, that wasn’t to say she was willing to fake drama as past cast members have done.

“In the past, there are those that come on and say, ‘I gotta ramp it up because we have to deliver.’ And I find that that just always blows up in your face. If you’re just yourself and you continue to be opinionated, the drama will come,” she explained.

Because of the drama that has happened thus far on the season, much of which stems from her reveal about Nicole’s lawsuit, Shanon has received a villain label. Luckily, she hasn’t let it get to her.

“You know what? I know who I am. My family, my loved ones, my friends, they know who I am and I would never want to hurt somebody to make information like that public and if they don’t believe, then there’s nothing I can do about it,” she reasoned.

In addition to being accused of sparking drama with Nicole, Shannon also found herself in the midst of controversy after Heather revealed to Gina and Emily that Shannon told her they can’t be trusted.

Looking back at the comment, Shannon said that while she did tell Heather to be careful, she did so after feeling that Gina and Emily had crossed her.

“I filmed with Emily and Gina. I felt like, ‘Oh wow, have we really come full circle? Can we really be really good friends together?’ I want to see the positive so yeah. Dumb. Dumb,” she noted.

Although things between Shannon and Gina and Emily blew up quickly during filming on the season, Shannon offered a surprising update about where she stands with the ladies now.

“I’m really good with Emily. We have a lot of fun this season. I’m good with Gina. We all had lunch a couple days ago,” she confirmed.

Amid her ups and downs with several co-stars, Shannon said she was able to develop a true friendship with new cast member Noella Bergener despite being a “little bit wary” about her past friendship with Braunwyn Windham-Burke.

“I think if you look at any cast member who’s closest to her, it would be me. Who would have thought?” Shannon asked. “I believe she’s an open book and she’s got a lot going on in her life as we start this season and I feel sorry for her. I empathize with her and it’s tough. She was blindsided and I can’t imagine being in that position. I think she was blindsided more than I was.”