RHOC’s Gina Kirschenheiter Shades Shannon for Ulterior Motives, Explains Why She Went to Heather With Lawsuit Claim, and Reacts to Emily Being Labeled “Boring” 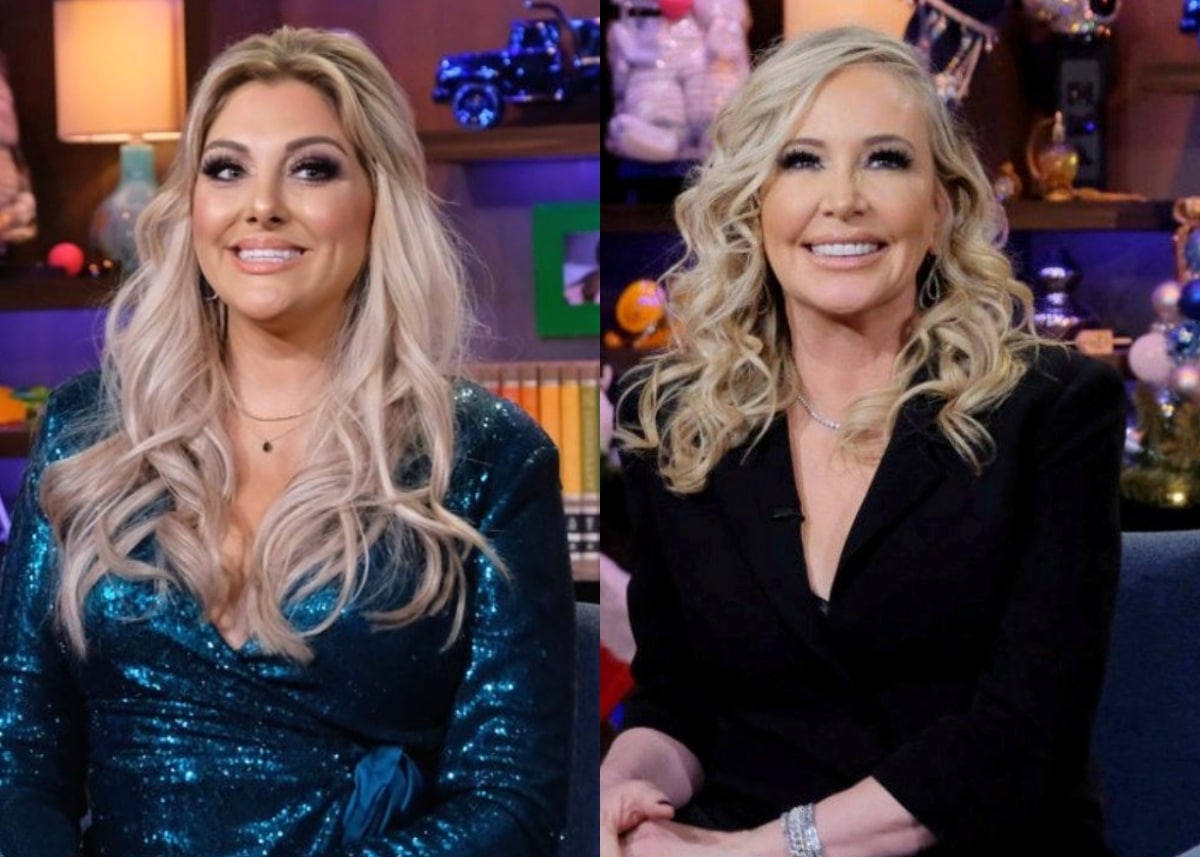 After it was revealed on the premiere episode of The Real Housewives of Orange County last week that Shannon had shared news of Nicole’s past lawsuit against Dr. Terry Dubrow off-camera with Gina and Emily Simpson, Gina took aim at Shannon’s ulterior motives before explaining why she chose to bring the information to Heather.

“She definitely [had ulterior motives],” Gina told Access Hollywood during the December 7 episode of Housewives Nightcap. “[But] she told the wrong people because we’re not ding-dongs. That’s Shannon’s problem: There’s no ding-dongs left. And I think that her go-to in the past was tell the ding-dongs that will then do whatever they do with this information or use it for bad. [And] we just weren’t going to play that game.”

Because Gina didn’t want to talk about the issue behind Heather’s back, Shannon was ultimately hit with a “wall of truth” as her revelation about Nicole’s lawsuit was exposed.

“[It] just showed her, no, that’s not what this is anymore. This is a different year. These are different friendships,” Gina explained. “I actually think it was healthy for Shannon to have this experience because it forced her to see and helped her to understand we’re not going to perpetuate this cycle of B.S. anymore.”

According to Gina, she decided to take the information to Heather because she felt it was “very important” and that “she should know.” She also felt that because Shannon wouldn’t do it herself, she was left with no choice — regardless of any deal they made.

As RHOC fans may have heard, Nicole is believed to have quit or gotten fired or demoted amid season 16, which means fans won’t be seeing much of her following the reveal of her reported lawsuit against Terry.

“I can tell you she invited me over to her house to go swim in her backyard and she wore stilettos and changed her bikini twice. And then she wasn’t there anymore,” Gina laughed.

In addition to adding the likes of Heather and Nicole to the show for the new episodes, production also booted a number of women, including Kelly Dodd, Braunwyn Windham-Burke, and Elizabeth Vargas. Gina believes the series has gotten more “real” because of it.

“They fired half the cast. And I was so happy when they said Heather was coming back. I think it was real… For me, it felt the most real,” she admitted. “It was an attempt to make real connections with real people. Even me and Shannon, we struggle so much but we’ve known each other now for over four years and there’s a real bond there.”

Gina also appreciates viewers getting to see more of Emily.

“You guys get to see the Emily that I know. She’s so cool, she’s so funny. Everybody’s like, ‘She’s boring.’ I’m like, ‘She’s the least boring person on this show,'” Gina insisted. “And I like seeing her coming out of her shell. She feels safe in the environment that we’re in and I think that’s what makes this season so special and different.”

Also during the interview, Gina responded to a question about a future wedding with boyfriend Travis Mullen.

“I’m very happy. What I can say is, it feels really good to know that I am genuinely loved,” she teased.