Home Real Housewives of Orange County News VIDEO: Watch RHOC Reunion Trailer! Braunwyn is Accused of Saying Something “Horrific” to Shannon’s Daughter and Being a ‘Fake Alcoholic’ as She’s Confronted by Cast About Her “Narcissism”

VIDEO: Watch RHOC Reunion Trailer! Braunwyn is Accused of Saying Something “Horrific” to Shannon’s Daughter and Being a ‘Fake Alcoholic’ as She’s Confronted by Cast About Her “Narcissism” 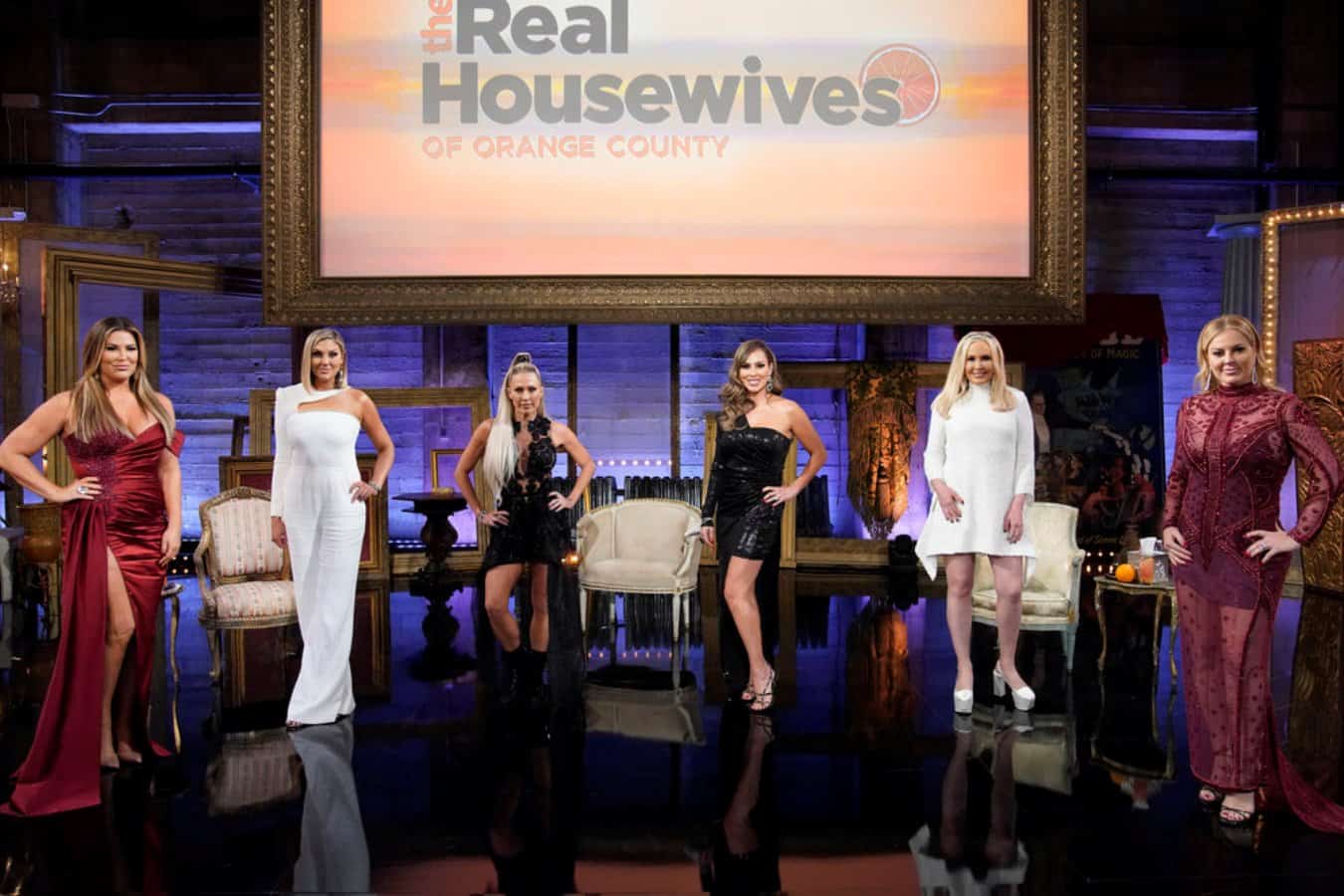 Braunwyn Windham-Burke predicted a “bad f*cking gang-up” before hitting the set of The Real Housewives of Orange County season 15 reunion last month, and judging by the just-released trailer, her suspicions about what her castmates had in store for her was correct.

After getting on the bad side of just about everyone during filming on the season last year, Braunwyn was slammed for her “narcissism” by the newest member of the show, Elizabeth Vargas, as Shannon Beador accused her of saying something “horrific” to her 14-year-old daughter Stella.

“Don’t judge me with your cynical behavior and your narcissism and your two-faced personality,” Elizabeth yelled at Braunwyn as the two of them sat across from one another at the taping.

“Me, me, me, me!” Emily Simpson added, seemingly suggesting she agreed that Braunwyn was attempting to control the conversation.

During the RHOC season 15, Braunwyn accused Shannon of dissing Gina Kirschenheiter‘s house as sad and depressing, which Shannon denied during the season and at the reunion.

“You put f*cking lies in my mouth. I’m not going to bend over and say I said it,” Shannon told her castmate as Kelly Dodd accused Braunwyn of saying she was a “bad mother.”

While outside of the taping, Kelly and Shannon were seen talking about Braunwyn’s over-the-top antics as the mother-of-seven strutted her stuff and flipped her hair for the cameras.

“Oh my God look at her, she’s so full of herself,” Kelly stated.

As the trailer continued, Elizabeth taunted Braunwyn about her marriage by suggesting Sean Burke may soon need a divorce lawyer as the rest of the cast made it clear that they weren’t liars.

As for who is a liar, that honor seems to be going to Braunwyn, at least according to her co-stars.

“You think I’m a fake alcoholic?” she asked.

At that point, Shannon took aim at Braunwyn by revealing something shocking she had said to her daughter Stella, who was just 14-years-old at the time.

Although Shannon’s big reveal was only teased by the trailer, Elizabeth labeled Braunwyn’s mystery statement as “horrific” as Braunwyn broke down sobbing.

The Real Housewives of Orange County season 15 reunion, which will air in just two parts, begins next Wednesday, January 20, at 9/8c on Bravo.