Home Real Housewives of Orange County News Braunwyn Windham-Burke Defends “Open” Marriage Amid Fan Criticism, Says Tamra Judge Has “Been There” For Her More Than RHOC Castmates as Mom Dr. Deb and Other ‘Housewives’ Show Her Support

Braunwyn Windham-Burke Defends “Open” Marriage Amid Fan Criticism, Says Tamra Judge Has “Been There” For Her More Than RHOC Castmates as Mom Dr. Deb and Other ‘Housewives’ Show Her Support 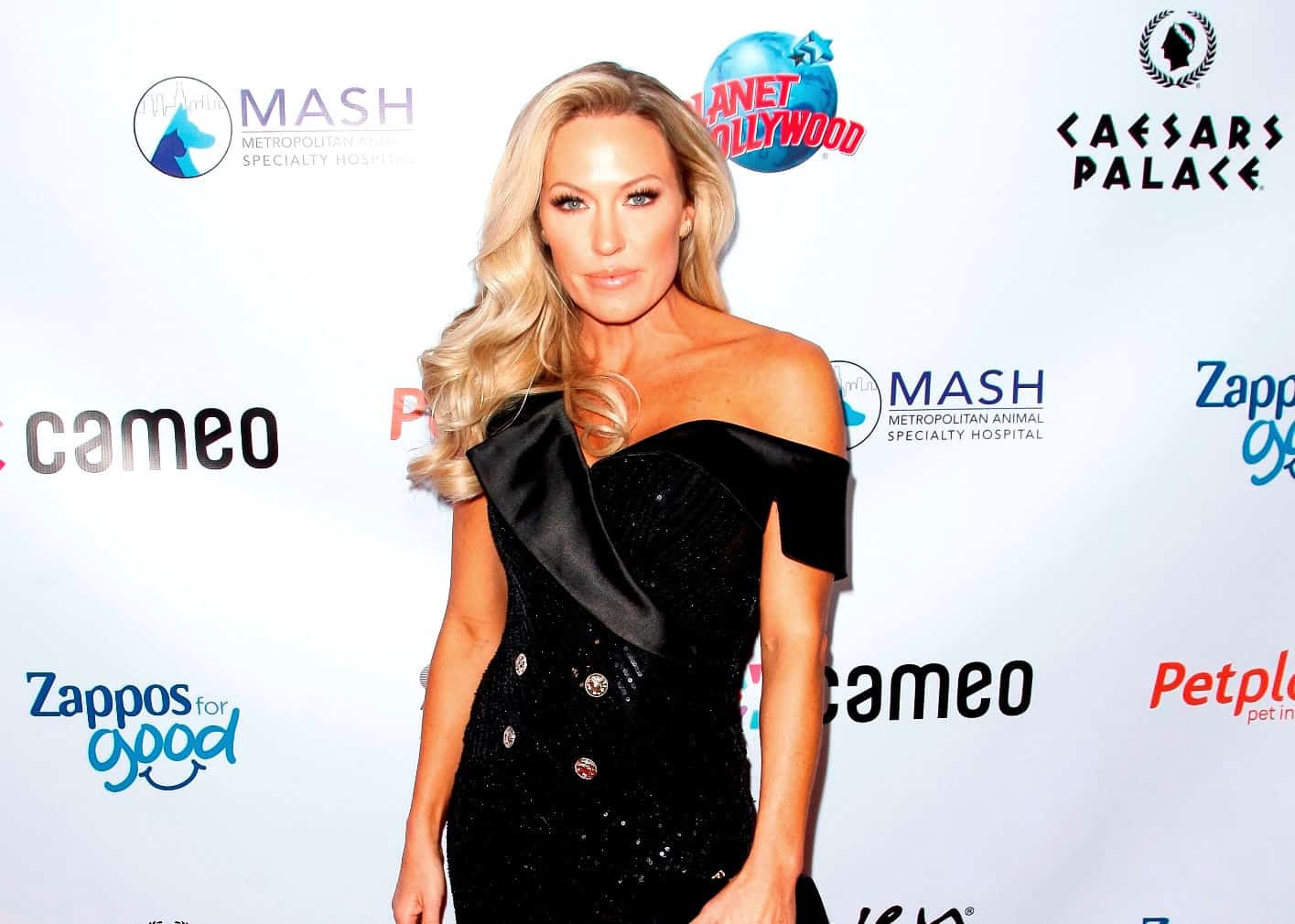 Amid coming out as a lesbian, struggling with sobriety, and navigating a non-traditional marriage, Braunwyn Windham-Burke is responding to fans who have both genuine questions and harsh critique.

Taking to her Instagram on Sunday, the Real Housewives of Orange County star answered to fans inquiring about her relationship with husband Sean Burke, plus her reaction to Kelly Dodd‘s recent criticism of Braunwyn’s life changes.

The mother-of-seven continued to answer fan comments after posting, speaking to more questions about the state of her marriage and who’s been there the most for her during this challenging time.

First, Braunwyn answered a fan who wondered if she was “staying married” to husband Sean or “moving forward” with her life, considering she’s noted how happy she is in her newfound relationship with her partner Kris.

“[W]e are trying to do both, he’s my best friend and family,” Braunwyn answered (via Comments by Bravo). “We know it might be impossible, but we’re going to try and make this ‘open’ marriage work.”

Braunwyn also received support from her mother, Deborah Windham, aka Dr. Deb, in the comments, a comforting thing for fans to see considering her and Braunwyn’s often troubled relationship.

Other Bravolebrities also poured in their support for the 43-year-old, including another housewife who faced criticism for her own “unconventional marriage,” The Real Housewives of Potomac‘s Ashley Darby.

“Ugh, I hate when people ruin my cute posts with unrelated opinions about my life!” Meghan exclaimed. “(Btw you look like a massive b–ch here and I AM HERE FOR IT!!!!! ????)”

Moreover, Braunwyn responded to a fan who told her to “stay away” and “be careful” around former RHOC housewife Tamra Judge.

“Tamara has been the only person from [RHOC] that has been there for me,” Braunwyn explained. “[S]he knew I was sober and kept it to herself, she knew we were struggling with our daughters mental health issues and listened, she got me through a day that was so hard I was physically shaking….whatever you think you know, you don’t.” 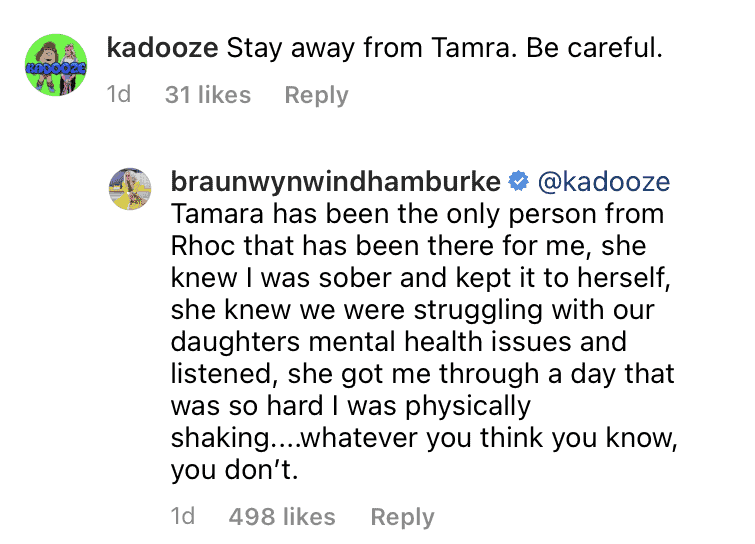 Lastly, the Bravo breakout star confirmed to a fan who wondered if the “major life changes” she was going through this year were even harder to live out on screen.

“I jokingly told my producer if I’m asked back next year I want to sell socks and have a year of ‘nothing’ ????,” she joked. 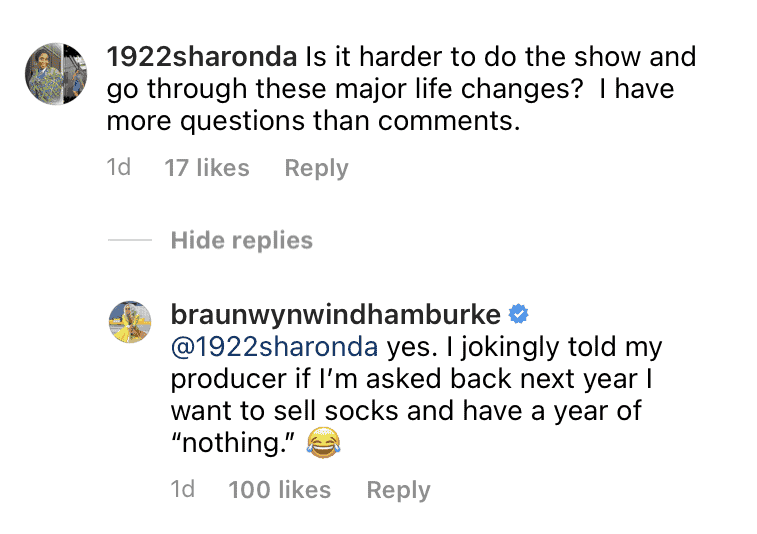 The Real Housewives of Orange County airs every Sunday at 9/8c on Bravo.