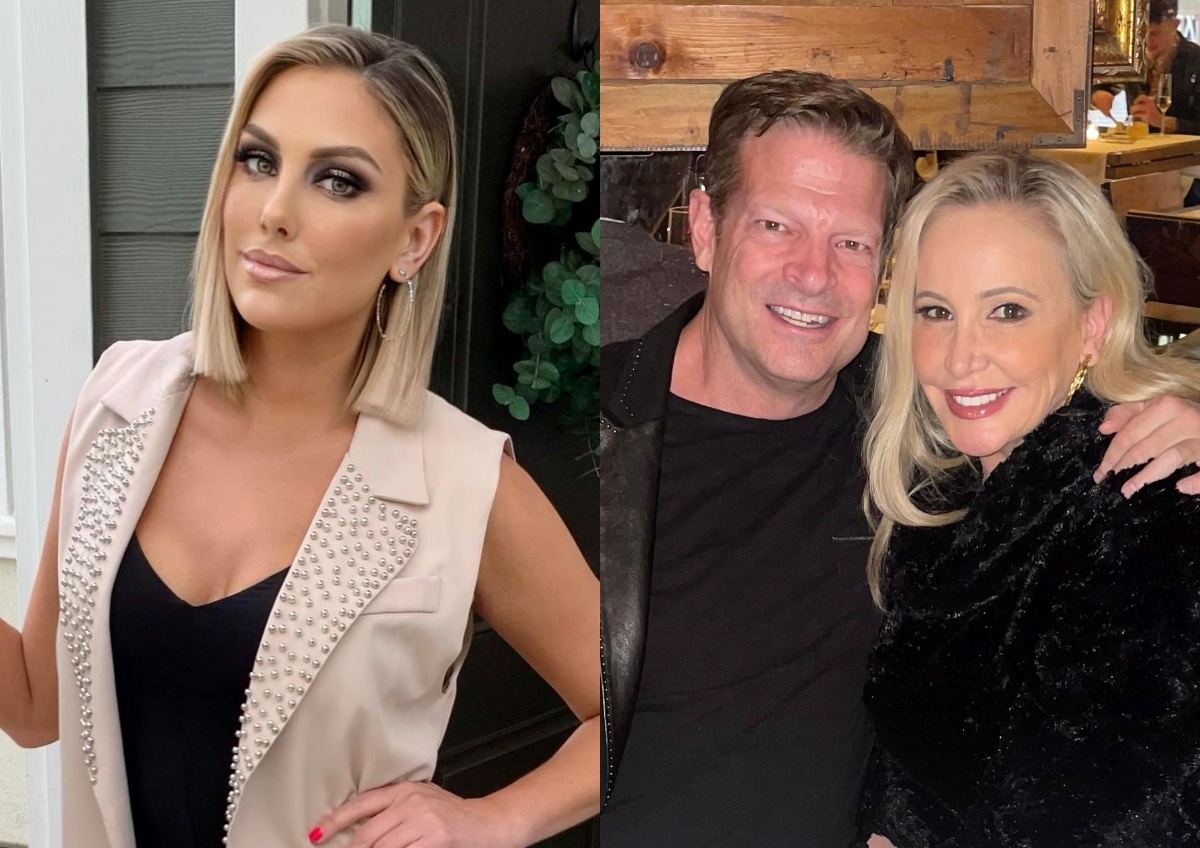 Gina Kirschenheiter reacted to the behavior of Shannon Beador‘s boyfriend, John Janssen, on Wednesday night’s episode of Watch What Happens Live after he was seen making disparaging comments about her on The Real Housewives of Orange County.

Before sharing her thoughts on the alleged jealousies of Emily Simpson and Shannon, both of whom have been accused of envying her friendship with Heather Dubrow, and reacting to the comparisons made between Matt Kirschenheiter‘s girlfriend and Kelly Dodd, Gina labeled John “inappropriate” and “very aggressive.”

“It’s inappropriate. I understand you’re there to support someone but I feel like he didn’t even know the other side of that conversation. And your partner’s role as a supportive person is to get you out of the situation and maybe have a private conversion at home. It was very aggressive and I didn’t like it,” Gina said of John’s behavior on the March 23 episode of WWHL. “It should be the goal to try to make it better and I feel like he was making it worse.”

“I didn’t like that he attacked you. That’s not his place,” Dr. Jen Armstrong, who was also featured on Wednesday’s WWHL, stated. “The conversation was between you and Shannon. [You] shouldn’t have your partner to come in and attack the other person.”

As for the claims of jealousy, Gina said she does not believe Emily is jealous of her friendship with Heather.

“I think for a minute maybe she was just feeling the pinch but we’ve had discussions about it and we worked through it and now actually Heather and Emily are very close,” she revealed.

As for her suggestions that it is Shannon who’s jealous, Gina made it clear that she felt she had solid evidence.

“I didn’t assume it. I saw it on her face,” she declared. “Everyone was excited for me and she wasn’t. I think she needs to work on her expressions. Because what you put out is what we receive and that’s the problem.”

When a fan then questioned Gina about whether or not Heather was holding Shannon to unfair standard in expecting her to know exactly when her podcast was, Gina said, ‘No.”

“Everybody knew what we were doing in New York. So she did know,” Gina clarified.

Also on WWHL, Gina admitted that when it came to the comments about Matt’s girlfriend Britt looking like Kelly, she hadn’t taken notice of any such thing.

“I never thought it until that party,” she said. “I had no idea what they who talking about. They kept saying, ‘I think Kelly Dodd’s here.’ And I was like, ’No. No.’ And then when they said, they pointed to her, I was like, ‘That’s my ex’s girlfriend.’”