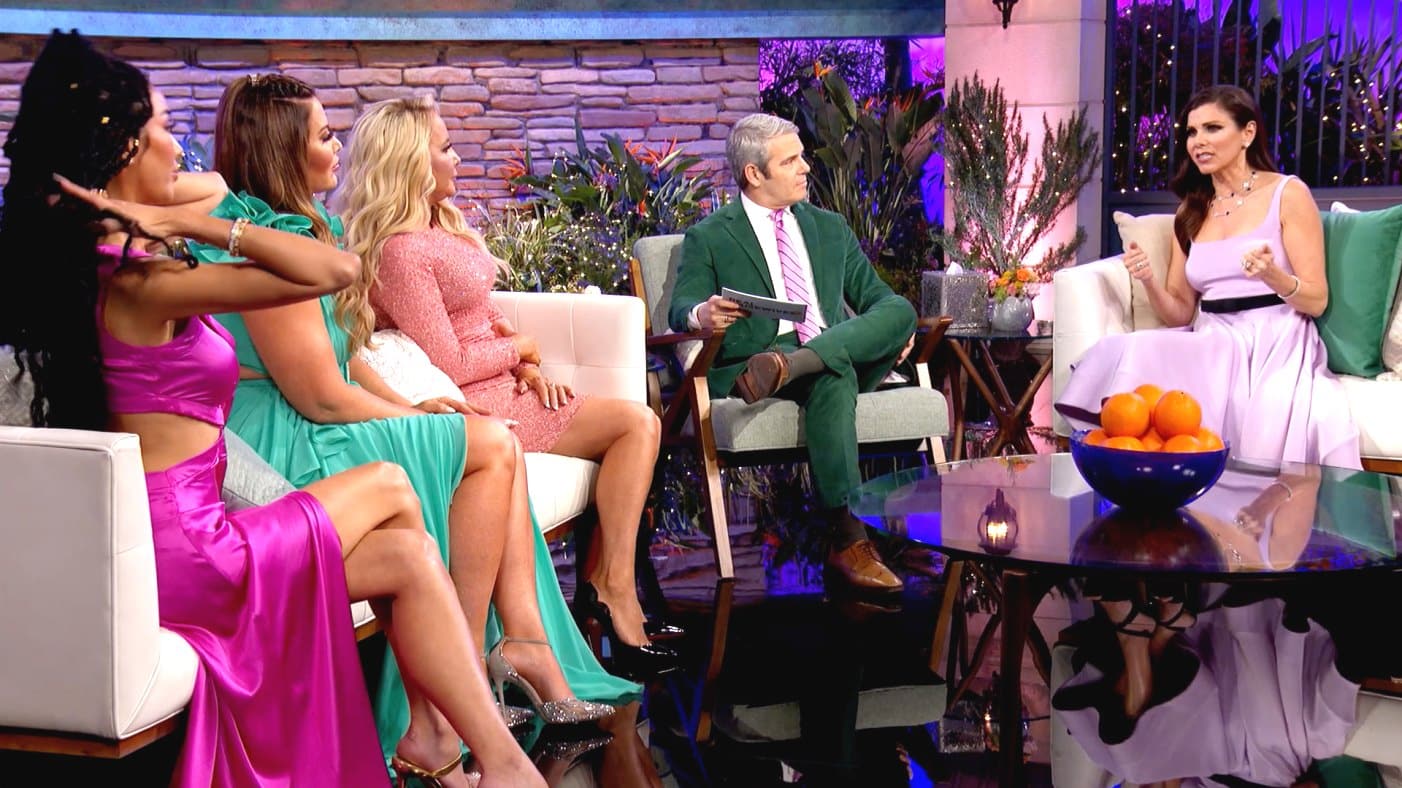 The Real Housewives of Orange County are ready to rehash the many issues they faced amid filming on the recently aired 16th season.

After a season filled with debates over topics like the legal action now-ex-“friend” Nicole James took against Heather Dubrow‘s husband, plastic surgeon Terry Dubrow, and the Cards Against Humanity game Noella Bergener gave to Heather’s daughter Max, the cast sat down with host Andy Cohen to get in a few last words.

“It’s not pornography,” Noella fires back.

But Heather disagrees and says, “Really? I think Merriam Webster would beg to differ.”

Heather also takes aim at Shannon, saying that when it came to their season 16 dispute, she “could’ve blown up [her] family.”

Right away, Shannon Beador is left in shock and shades her castmate, who threatened her during the season after learning she had spread the news of Nicole’s lawsuit, as “unf-cking believable.”

Shannon also takes hits from Emily and Gina, who were the ones to speak about Nicole’s case on-camera.

“The two of you always talk over!” Shannon yells before asking for water.

Following the drama surrounding the lawsuit, which Shannon shared with the ladies off-camera before Gina mentioned the case to Heather, both Gina and Emily, who deals with a nosebleed amid production, accused Shannon of being a troublemaker.

“You pulled the pin out of the grenade and then you handed it to Gina and me,” Emily states.

“You did too many ding-dong things this year and now you’re coming to pay the piper,” adds Gina, noting during another scene that someone, likely Shannon, sounded “ridiculous.”

Heather is also forced to face claims of being a narcissist after taking her castmates and viewers into her self-centric studio.

“I’m not a narcissist,” she insists.

She then turns to Andy and asks, “In your studio, do you have pictures of yourself?”

“Yes but I’m also a narcissist,” he replies.

At that point, it is Dr. Jen Armstrong who’s up to bat with Noella.

“That’s not even true. It’s like talking to a child that just makes stuff up,” Jen tells Noella.

“It’s a small town and I have heard things,” Noella fires back.

“That is so inappropriate,” Jen replies.

Shannon’s reunion dress snafu was also addressed in the clip, with Shannon telling her business partner, “I don’t have an outfit. The dress didn’t work…” She later added to someone she thought was her production manager (but was actually a wrong number), “I don’t have any shoes. I don’ know what to do,”

Luckily, after being assured that additional dresses would be brought to set, Shannon confirms to Andy, “They just found a dress for me like 20 minutes ago.”