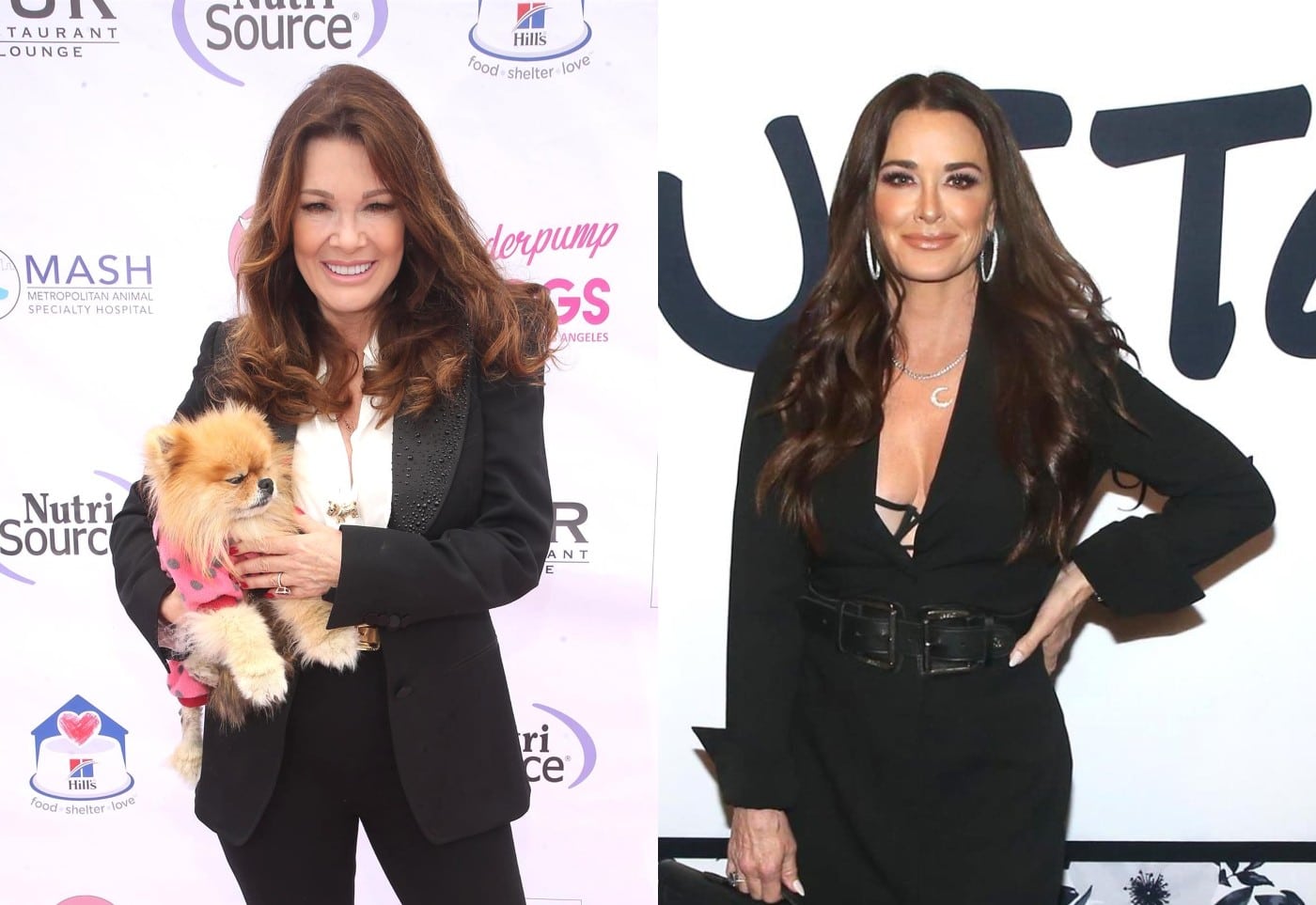 Lisa Vanderpump is responding to former best friend Real Housewives of Beverly Hills star Kyle Richards’ comments shading her as “crafty” over allegations that she faked text messages reaching out to Dorit Kemsley and Paul “PK” Kemsley after their horrifying home invasion.

Speaking to Page Six at the Vanderpump Dog Foundation’s sixth annual World Dog Day in West Hollywood over the weekend, Lisa said that she found Kyle’s remarks amusing and took being called “crafty” as a compliment.

“But when it comes to this [referring to her phone],” Lisa continued. “No, this is honest. And no, I never had to play games. I didn’t need to.”

Lisa’s text message was brought into speculation after she posted a screenshot on Twitter to show she had, in fact, had proof that she reached out to the Kemsleys, and PK specifically. 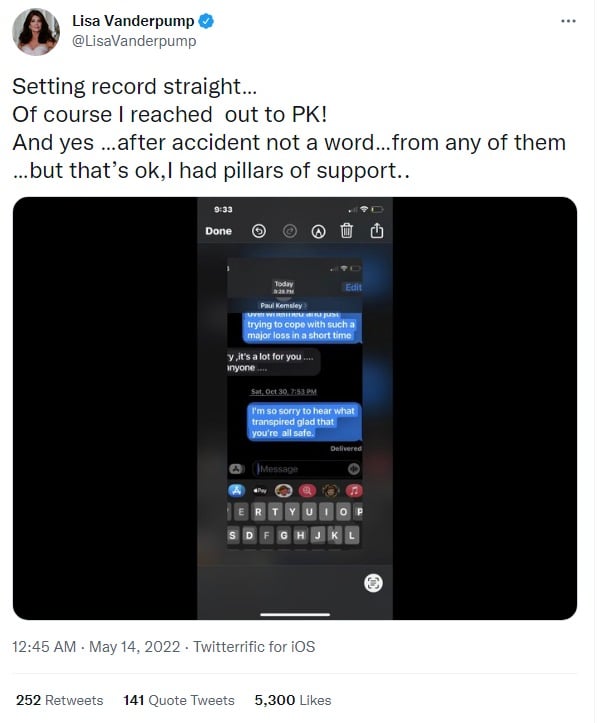 “I can prove that [the text] to you,” she told the outlet. “Can I show it to you? I wouldn’t know how to doctor a text. All I know is I go to contacts, I got to his name, I press ‘message’ and there it is. It pops up.”

Page Six confirmed that the message on the screen that was shown to them had been labeled “delivered,” which means the message had potentially gone through.

However, PK has staunchly denied he ever received the message.

As for Kyle, she’s still not buying it.

“We’re not sure how Lisa can show a text that [neither PK nor Dorit] can show on their phone, so we don’t know,” Kyle told the outlet last week.

Well, I’m sure the “delete” option could definitely explain that, Kyle.

Some fans have been wondering why Lisa only reached out to PK and not Dorit, who was the actual victim held at gunpoint while her children were home as well.

Lisa had a pretty simple response: “Because I had an existing relationship with PK prior to them [being together] and you know, I just felt that I wanted to reach out to him.”

Still, it seems that Lisa would have some sort of compassion for her former RHOBH costar. I guess, she’s still not over “puppy gate,” which seems trivial compared to being held at gunpoint in your own home.

The alleged “fake texts” accusations aren’t phasing Lisa one bit, though, as she says she has no time “for the negativity” with all her restaurants and Vanderpump Rules being renewed for another season.