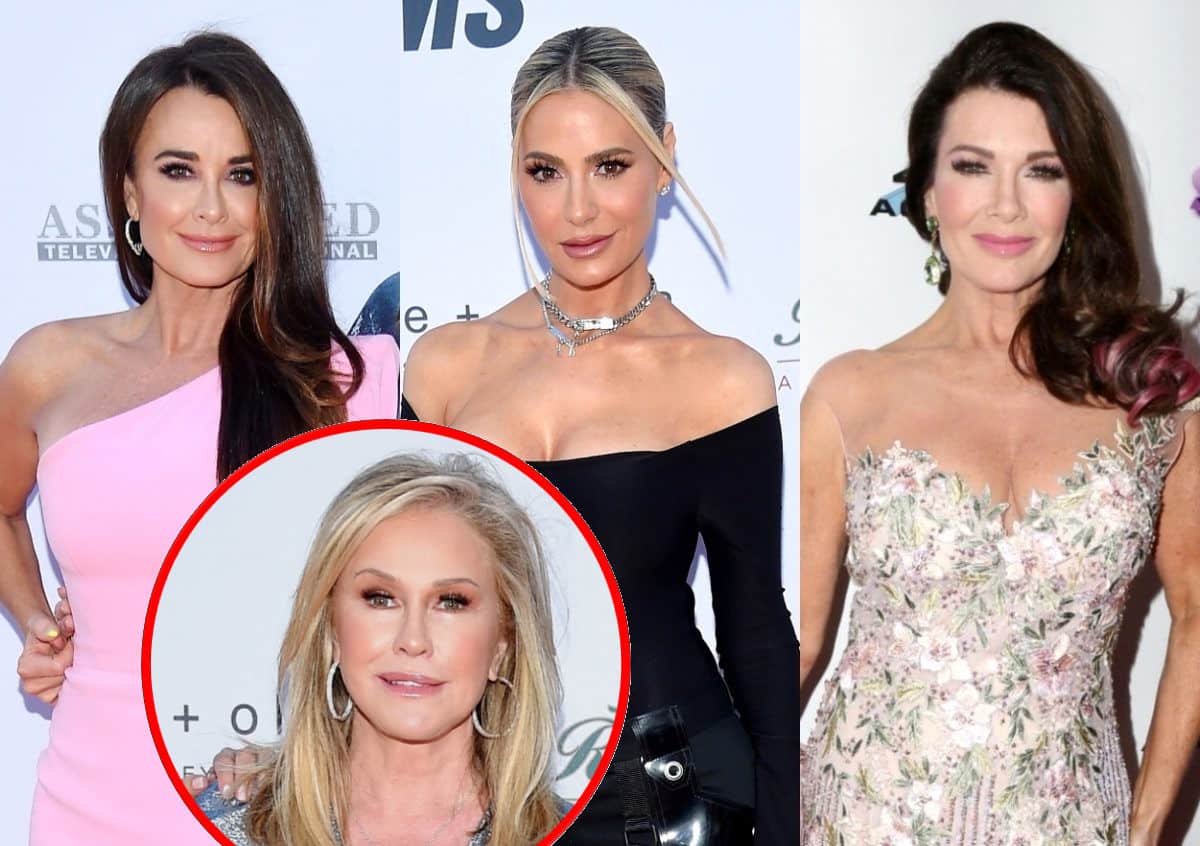 Kyle Richards doesn’t seem convinced that Lisa Vanderpump actually reached out to Paul “PK” Kemsley after learning his wife, Dorit Kemsley, had been held at gunpoint and robbed at their Encino, California, home.

After Lisa shared a screenshot of the text message she allegedly sent to PK on Twitter in response to Dorit saying on Watch What Happens Live that she didn’t hear “a word” from her after the incident, the Real Housewives of Beverly Hills star labeled Lisa as “crafty” and questioned whether the text was actually sent.

“I mean, who am I inclined to believe? Obviously Dorit and PK,” she added.

On Saturday, Lisa tweeted a conversation between herself and PK, which featured a message from her to PK that read, “I’m so sorry to hear what transpired glad that you’re all safe.”

But after the message was shared, Dorit shaded Lisa’s claims as “lies” in an Instagram Story, and her husband PK made it clear he never received the message from their former castmate.

“I have bought in London’s best team to help me locate the text that LVP apparently sent …. Will keep you all informed of their progress #rhobh,” he joked in the caption of an image from Sherlock.

“We’re not sure how Lisa can show a text that none of them can show on their phone, so we don’t know,” Kyle continued, noting that Dorit and PK “never saw anything” and suggesting Lisa may have “blocked everybody.”

“Maybe it didn’t go through. I don’t know. But the most sensible explanation is that she didn’t text. Well, that makes the most sense because they would have no reason to say she didn’t,” she added.

Kyle went on to poke fun at Lisa for sparking a social media feud.

“When I see these women at this age in their lives tweeting these things and getting into fights, I just can’t stand it. This is where I go, ‘Guys, I don’t know if I can keep doing this.’ I get a little entertained by it, I’m not going to lie, but we’re adults here for God’s sake,” she complained.

Also at the NBCUniversal upfront event, Kyle addressed her up-and-down relationship with sister Kathy Hilton, which will be featured on upcoming episodes of season 12.

“It’s so complicated and complex. All I can say is, we’re family and we’re going to have these moments,” she told Page Six. “I feel like my sisters and I, we have arguments, we make up, we’re blood. I don’t know if everyone is like that. The fact that we’re on television complicates things.”

According to Kyle, a lot of people believe she’s upset that Kathy joined the RHOBH cast. However, she was actually the one who suggested the idea to Bravo.

“I went to [Bravo] and said, ‘I think my sister would be great on the show. She’s so funny and we’re in such a good place.’ And then I went to Kathy and said, ‘What do you think about being on the show?’ and she said, ‘I don’t know.’ So it was actually me that pushed for it,” she confirmed.

While Kyle and Kathy hit a rough patch amid filming on season 12, Kyle revealed on WWHL last week that they were back on good terms.

“I really thought we would never get in an argument again,” Kyle said. “We didn’t talk for so long, [and] it was so painful for us and our children, and I was like we would never put ourselves in that position again.”