Home Real Housewives of Beverly Hills News REPORT: Kathy Hilton is Refusing to Film For RHOBH Season 12, Holding Out for a Salary Raise After Becoming Fan Favorite as Kyle Richards Speaks Out

REPORT: Kathy Hilton is Refusing to Film For RHOBH Season 12, Holding Out for a Salary Raise After Becoming Fan Favorite as Kyle Richards Speaks Out 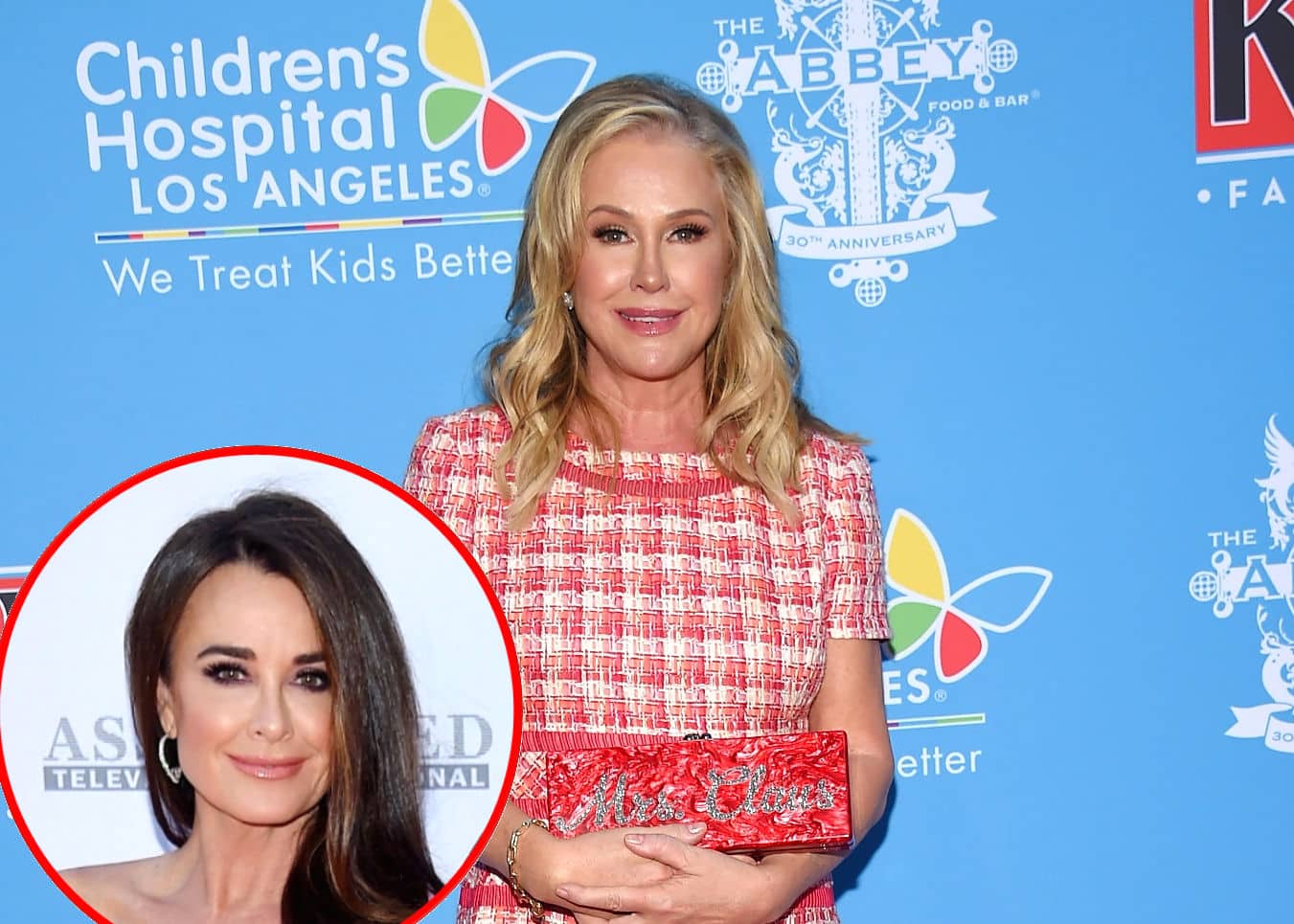 Kathy Hilton is reportedly holding out on signing the contract she was presented to appear as a “friend” on The Real Housewives of Beverly Hills season 12.

As the rest of the cast continues to film scenes for the new episodes without her, insiders claim that Kathy, season 11’s comic relief and a fast fan favorite, is refusing to get back in front of the cameras until Bravo offers her a raise.

According to a report shared by TMZ on November 12, Kathy doesn’t feel that the network’s offer is high enough to warrant a return, and because of that, she is waiting to officially sign on to a part-time role for season 12.

Although Kathy hasn’t shared any comments in regard to her alleged refusal to film, the outlet caught up with Kyle Richards on Thursday morning as she enjoyed a day out with co-star Crystal Kung-Minkoff and questioned her about the whereabouts of Kathy.

“Where do you think? She’s getting ready for Paris’ wedding,“ Kyle replied, noting that her older sister was helping her daughter, Paris Hilton, ahead of her November 11 wedding.

Then, when the outlet further pressed her for information, asking if Kathy would be filming for RHOBH season 12, Kyle offered a vague response.

“Not today… Because Paris is getting married today,” she explained.

While Kathy surely was busy with Paris on Thursday, her daughter’s big day, sources insisted to TMZ that Kathy has been absent from filming thus far due to her pending salary demands.

Prior to the start of production on season 12, Kathy appeared on The Kelly Clarkson Show, where she said she’d “love to” return for the new season.

“Well we first have to see if I’m invited back,” Kathy shared. “About two weeks after the reunion, we find out if we’re invited back. I mean, I would love to. I had really a lot of fun.”

The Real Housewives of Beverly Hills season 12 began filming in October and will air on Bravo sometime in 2022.