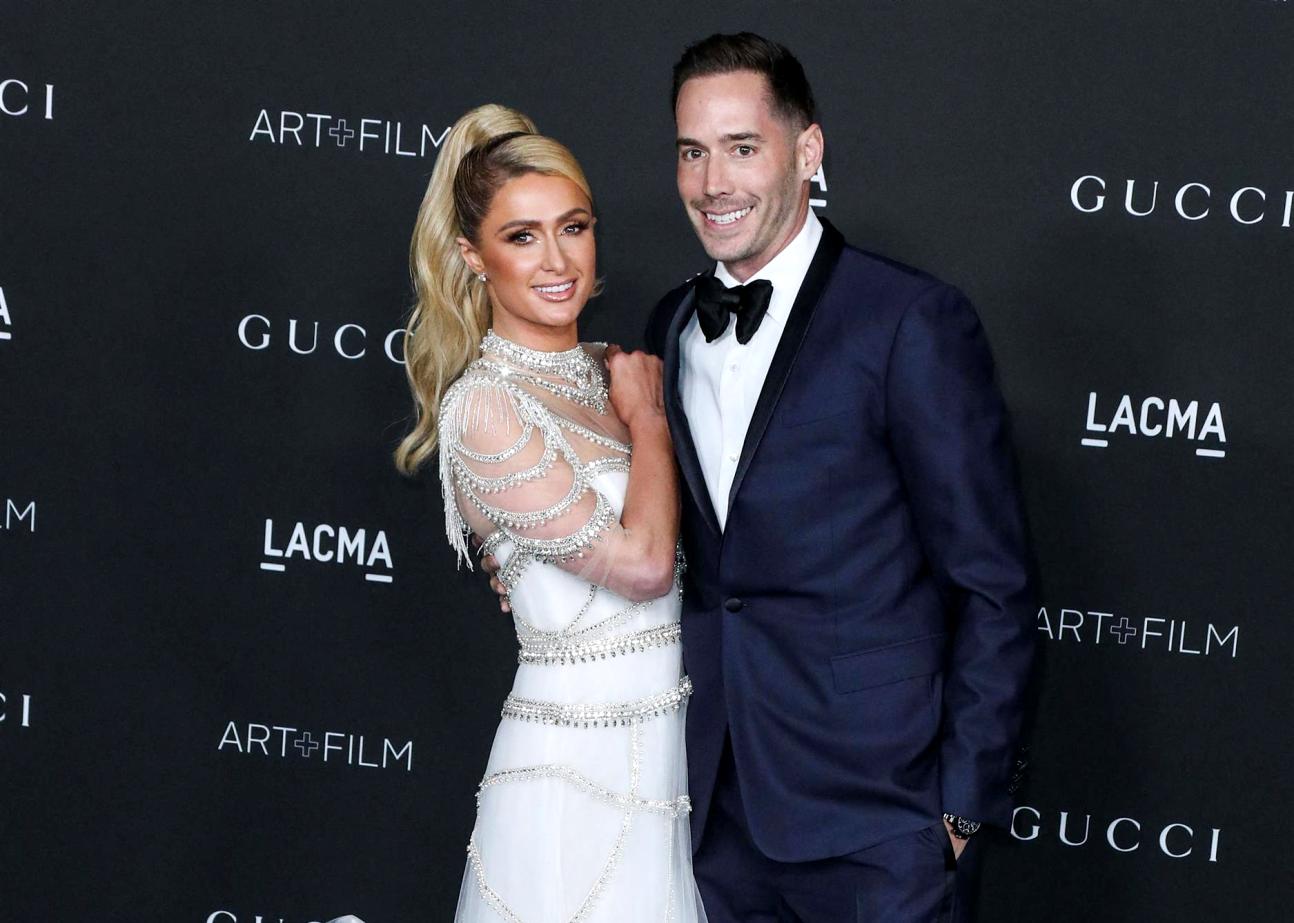 Paris Hilton and Carter Reum tied the knot in Los Angeles on Thursday, and as expected, many of her family members and friends were in attendance.

According to a series of reports, Real Housewives of Beverly Hills stars Kathy Hilton, Kyle Richards, and Kim Richards looked on as the couple, both 40, said their “I do’s.” They were also joined by a number of famous faces, including Kim Kardashian, Paula Abdul, Bebe Rexha, Emma Roberts, and Evan Ross.

“My forever begins today… ✨💍 11/11 💝,” Paris wrote on Instagram with a photo of herself in a wedding veil on November 11, also adding the hashtags #JustMarried and #ForeverHiltonReum.

In a photo, Kathy was seen arriving at the event in a white wrap dress with red hearts and nude heels. 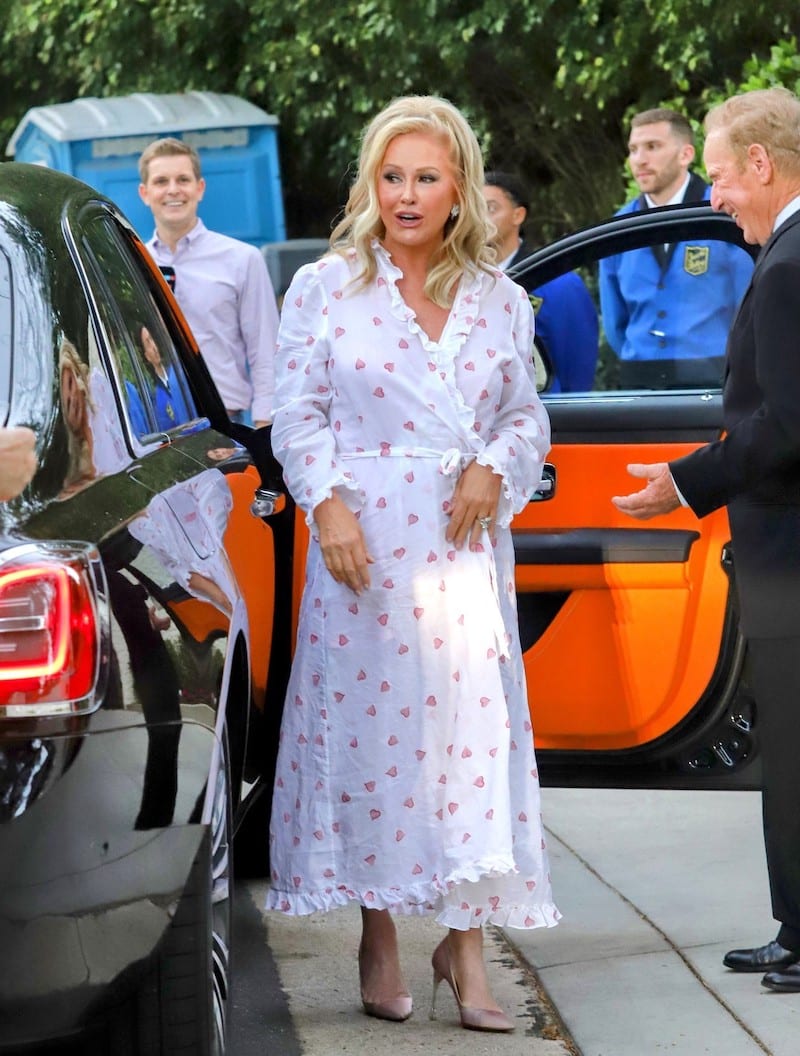 Mother of the bride Kathy Hilton arrives for daughter Paris Hilton’s wedding to Carter Reum in a robe. Credit: APEX/MEGA

Kyle wore a green silk dress as her husband, Mauricio Umansky, looked handsome, as per the usual, in a white button-down with black prints and a black suit and pants. 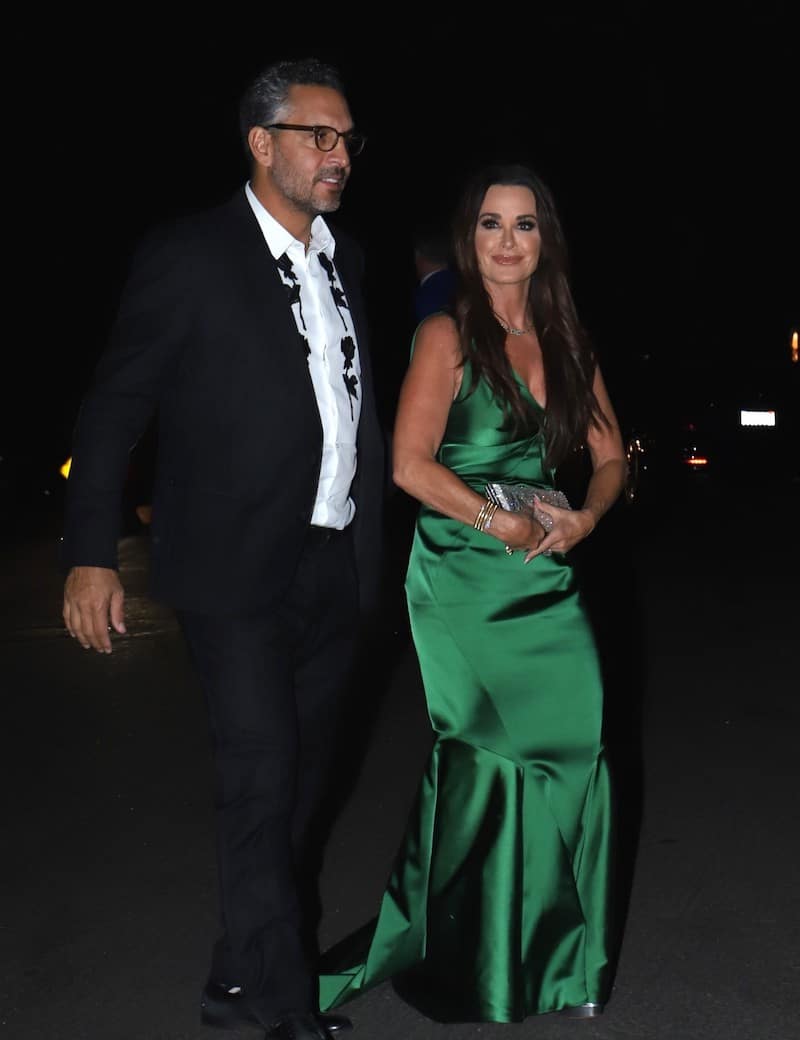 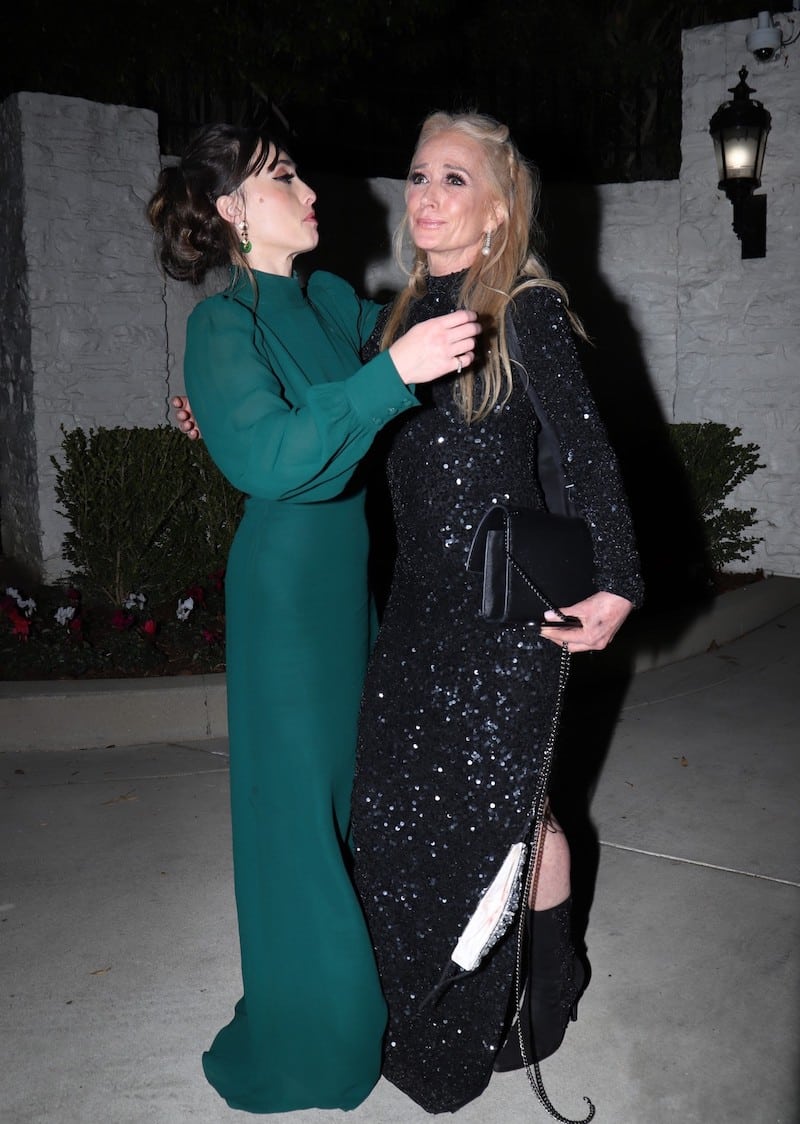 According to PEOPLE, Paris and Carter’s wedding festivities will continue with two additional parties in the coming days, both of which will be filmed for her new Peacock series, Paris in Love, which premiered on Thursday.

Paris and Carter began dating in November 2019 after meeting through mutual friends, and they got engaged in a beachside proposal in February.

“We just had this incredible chemistry,” Hilton told the magazine in 2020. “We had our first date and haven’t spent a night apart since. It’s pretty amazing.”

“Before, I don’t think I was ready for a good relationship. If you don’t know yourself fully, you can’t let someone else in. I feel so grateful to have found the perfect match. And this feels like it was always meant to happen. I feel like this is meant to be,” she added.

According to a second report from TMZ, the event was held at Paris’ late grandfather’s sprawling Bel-Air estate.

New episodes of Paris in Love begin streaming every Thursday on Peacock.