Home Real Housewives of Beverly Hills News Kathy Hilton Admits She Stopped Speaking to Sister Kyle Due to “Hurt” From RHOBH Season One, Confirms She Wants to Return For Season 12

Kathy Hilton Admits She Stopped Speaking to Sister Kyle Due to “Hurt” From RHOBH Season One, Confirms She Wants to Return For Season 12 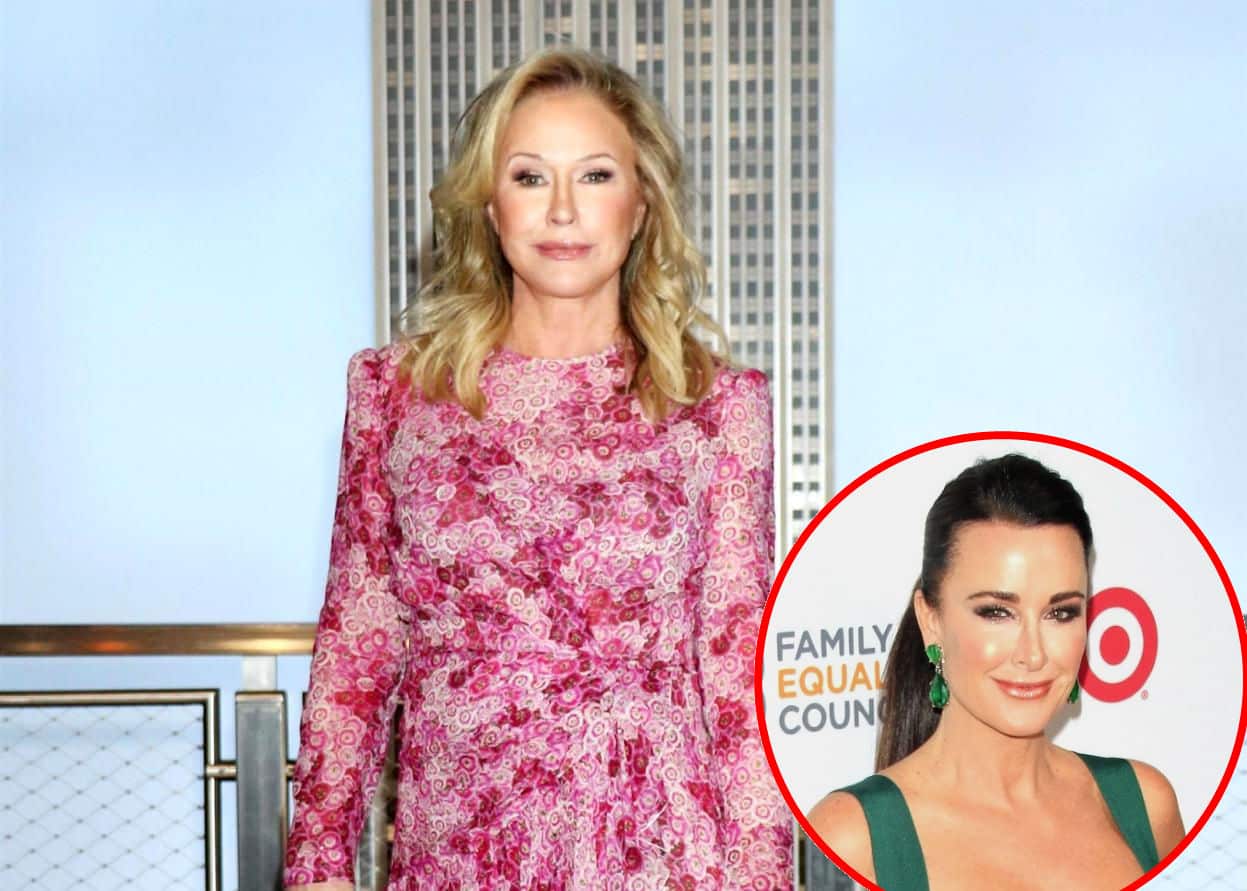 While chatting with Bruce Bozzi on Radio Andy earlier this week, the series “friend” explained that after her sisters, Kyle Richards and Kim Richards, were involved in a messy limo altercation during season one, she not only stopped speaking to Kyle but also quit watching the Bravo reality show.

“I didn’t watch it because I was so hurt at what happened that first season and I didn’t speak to my sister for a long time,” Kathy admitted.

During season one, Kyle infamously exposed Kim as an alcoholic as Kim accused Kyle of stealing her home. And as they watched, Kathy and her daughter, Paris Hilton, couldn’t stop themselves from breaking down in tears.

“Paris and I watched that, we broke down… You know when you cry and you’re shaking and your lip starts to quiver and my mommy’s not there and there’s no one… It’s like, I felt helpless and low and Paris was crying too,” Kathy recalled. “I can’t [watch the show anymore]. Really, I don’t watch. And if I did watch that first season, I would only zip quickly to see Kim and Kyle.”

“I can’t sit there and watch. It could be the best show in the world,” she added.

Because of what went down on RHOBH season one, Kathy’s daughters, including Nicky Hilton, were shocked at the idea of her joining the show for season 11. Meanwhile, as Kathy shared, her husband, Rick Hilton, and her sons were on board.

“My boys, of course, they don’t care. Boys don’t care and my husband was like, ‘You know what, if you want to,'” Kathy revealed.

As for why she was suddenly interested in the opportunity, Kathy said her partaking in season 11 was prompted by a number of things, including her business endeavors.

“I was bored. I wanted to spend time with Kyle. [And] I also thought, ‘You know what? I’m a businesswoman and there’s things that I would like to do in the future.’ And you know what? When you have some eyeballs on you, I’m being very honest, it doesn’t hurt,” she noted.

During another interview on The Kelly Clarkson Show, Kathy was questioned about her plans for season 12.

“Well we first have to see if I’m invited back,” Kathy replied. “About two weeks after the reunion, we find out if we’re invited back. I mean, I would love to. I had really a lot of fun.”