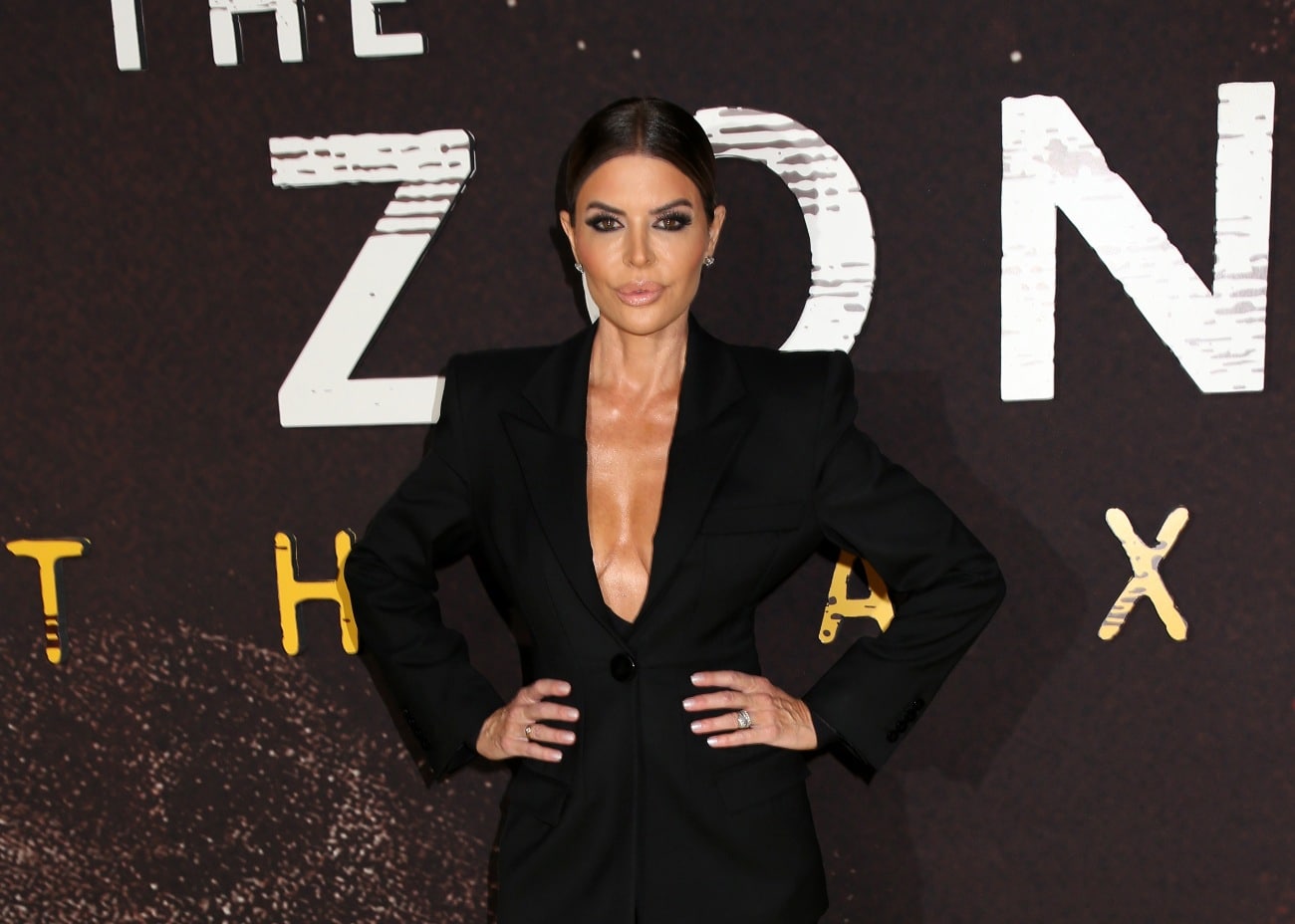 Lisa Rinna is being threatened with legal action after posting a man’s phone number on Instagram after he told her he can “expose” her.

In a new tweet, which comes after the Real Housewives of Beverly Hills cast member shared a screenshot of a text message from the man, whose number was not saved and was included in the screenshot, Patrick Somers, who is rumored to have ties to Kathy Hilton, has revealed he’s moving “forward with legal action.”

“As many know [Lisa Rinna] had millions of individuals call and text me in an online attack which gave millions access to my personal data. I received death threats, racial discrimination, and bullying. Today I sit with my [two] attorneys as we move forward with legal action,” he wrote, according to a screenshot shared by Bravo and Cocktails on Instagram.

Patrick also included a photo of himself in a board room, sitting between two men. 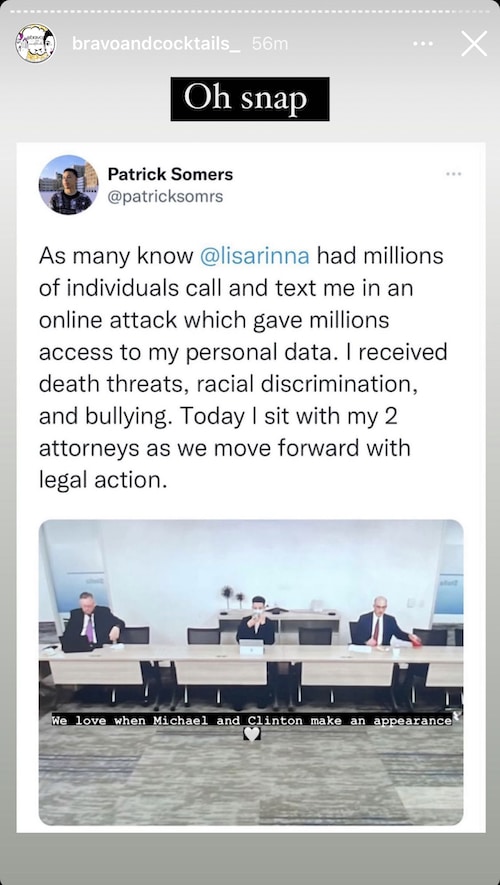 Following the leaking of his phone number, Patrick had a poignant message for Lisa, which read, “I suggest you take your post down before I sue you or leak your number since you think it’s acceptable to leak mine.”

He then seemingly followed through on his threat by including Lisa’s alleged phone number in another post.

“Why are you starting drama with someone that is half your age you overfilled ancient dinosaur[.] Anyways here’s Lisa’s number since she posted mine,” he shared, along with the Instagram message.

According to Patrick, Lisa had been spreading rumors about him after learning he was set to star in a new series, Real Husbands of Sunset, which would act as a competing series against RHOBH.

Also on social media this week, Patrick shared an Instagram Story in which he labeled Lisa as mentally ill following the doxing.

“It’s called mental illness,” he wrote in response to a Twitter page that pointed out that Lisa had gone from “doxing someone to blaming it on her mom dying to posting nudes in like 48 hours.”

“And btw I never said her husband was gay. A little rainbow emoji never hurt anyone but I mean if the shoe fits,” he added. 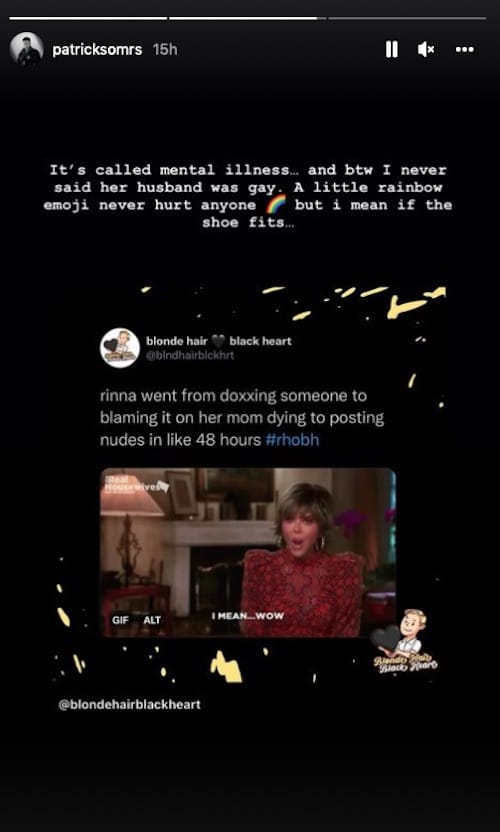 In other Lisa Rinna news, she and husband Harry Hamlin were recently seen in a “Never Before Seen” moment from RHOBH as they discussed Harry’s style.

“When I first met Harry, he had a much more impressive closet than I did,” Lisa admitted in a confessional, noting that she was especially impressed with the fact that he had eight $300 white shirts.

“Harry’s got some really good pieces that he never wears,” she continued, giving a nod to the Gucci suit he wore to their wedding and a “really gorgeous Prada raincoat” he keeps in his closet.

Lisa went on to share why things between her and Harry have remained so spicy, saying, “If you look like Harry Hamlin, he doesn’t even need clothes.”

Then, back in the scene, Lisa told Harry he was the “hottest looking 70-year-old.”

“You don’t need to say that,” Harry replied.