RHOA Recap: Sheree Cries After Being Stood Up by Tyrone, Sanya Calls Out Drew, and Kenya Shades Drew’s Business 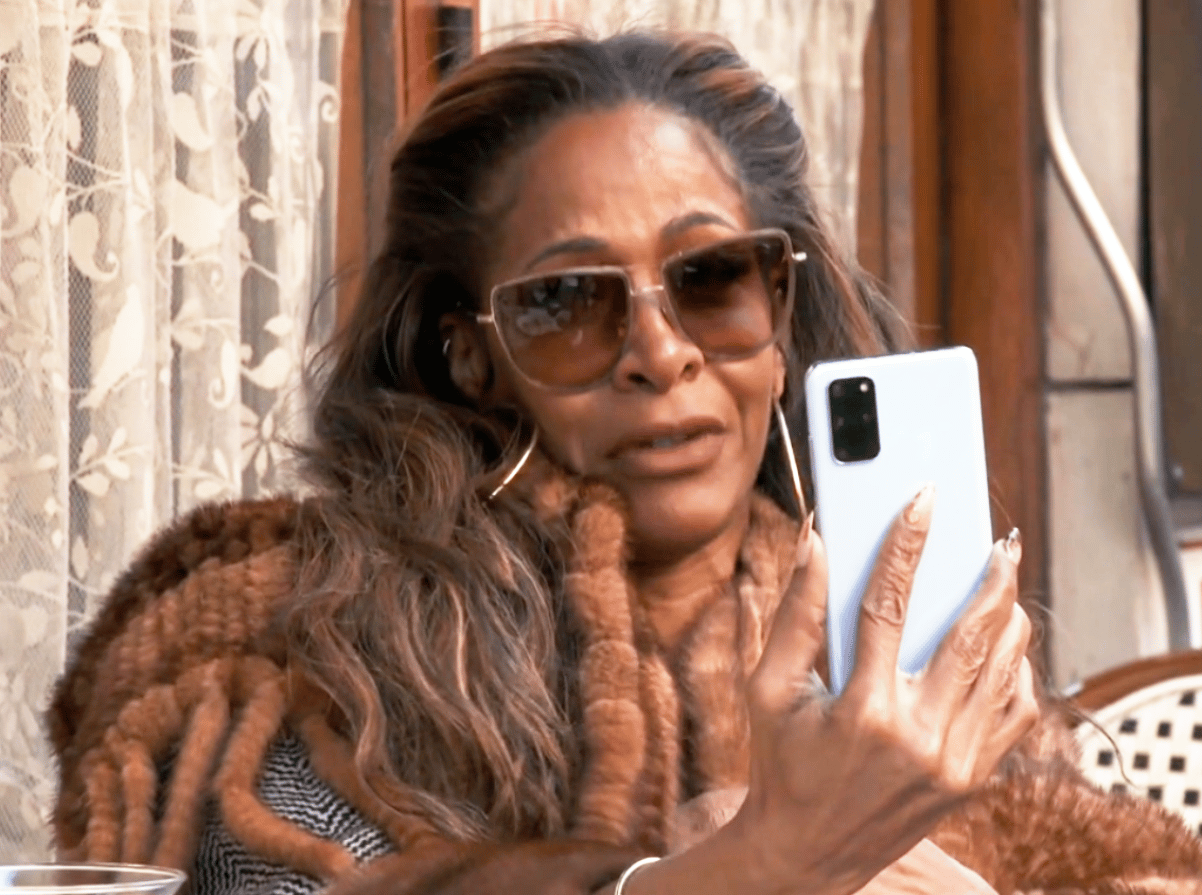 Our peaches of the Real Housewives of Atlanta are trying to take a bite out of the Big Apple! Let us watch our juicy peaches finally have a tame episode this week, shall we?

We are back this week for some more uncomfortable dinner conversation between Kenya and Ralph. Did Kenya forget that we all saw firsthand how badly Marc treated her and how she became a shell of a woman and lost part of her name (Ken)? I find it troubling that this franchise consistently takes issue with a cast member being gay and suggests there is something derogatory about it. We also have NeNe, who cannot help herself by weighing in on this season. NeNe and Marlo have broken their alliance, which was clearly just for the show. NeNe asserts that Bravo is keeping the current cast from communicating with her. Now, there might be some truth to that one!

Sheree tells Ralph that Anthony claims Ralph has a gay lover. Sanya wants to side with Drew, who is her friend, but she finds this messy involvement with Anthony to be troublesome. Drew allows herself to get all handsy and likes to put her hands in someone’s face. She claims she just likes to talk with her hands. Drew will acknowledge that Anthony is messy, and she may have messed up in how she brought the information. She will also apologize for putting her hands in Sheree’s face. OK, we are done with hand-gate — for now. While Sanya is watching this play out, she is unsettled when she sees Drew getting in the dirt with Anthony, and she finds it to be toxic.

Sheree wishes that Kandi had come to her directly instead of talking to the others. Kandi immediately and maturely apologizes, and Sheree accepts, but she is cautious since she did not consider her feelings. Kenya now gets a message from Marc and must leave the table. She allows Marlo to read the text from him. Marc claims he now must work after not seeing his little girl for three months, and he wants demands Kenya to pick up Brooklyn. Kenya absurdly believes that this sorry excuse for a father could instill self-esteem in his daughter. She thinks this misogynistic man is going to give their young daughter self-esteem. Sheree shares that Tyrone has put in a request for travel. She is hopeful that he will be able to join the group in NYC.

Kandi checks in with the producers on her new show. The show is doing well and is helping to bring theater-goers back to NYC. Side note: Let me know in the comments if any of you have seen it. Kenya and Sanya go for a walk, and they chat about their guys. Sanya proudly says that Ross is a two-time Super Bowl champion, and that fine man is my new crush. Kenya chats about the lack of a relationship with Marc and how she sees the similarities between Ralph and Drew. She wonders if she was too harsh for calling Ralph out. Sanya is troubled about the annoying gnat Anthony and how Drew is stuck in his sticky fly trap, which gives him the opportunity to get airtime. She and Kenya talk about the hypocrisy of Drew’s exercise business. Sanya cannot defend Drew’s behavior and putting her hand in anyone’s face. Had she seen this show before she signed up for it?

Sheree tells Kandi that Tyrone will not make it. Kandi, in her ITM, thinks he found someone a little bit closer, so he does not have to risk his house arrest conditions.

Kenya then asks the group who’s the most famous person who hit on them. Kandi cut a song with Gerald Levert and had a fling with him. Drew claims to have gotten the attention of a king of the NBA, and he “took me over for a drink.” What does that even mean? Is she referring to our beloved King James, but she claims that this was before he was married? Well, that could be technically correct, but he has been with Savannah since high school and married her in 2013. In their ITMs, the other ladies are censored and are not buying he was unattached. Me either! Marlo admits to being with Gene Simmons, and the other ladies are not impressed. Kenya claims to have been hit on by Prince, and THAT is one I would have liked to hear more about! Once Sheree is asked about Tyrone, she shares that she will travel to Philly to see him to make sure that he is not shacking up with another prison pen pal.

There is a road closure, and they must now hoof it or they will not make the show. Marlo hops on a bike so she does not have to walk it, and you must admire her ingenuity. Thoughts of a Colored Man was a hit among the ladies, and they congratulate Kandi on her production. The men can relate to the characters in the play. Kudos to Kandi for creating this project!

Kandi has now planned a pajama jam for the peach gang. Kenya believes that Kandi is planning an Eyes Wide Shut event. WTH is Marlo wearing, and then she lets out the nastiest belch. Marlo claims she has a condition that makes her burp.

Kenya then apologizes to Ralph for overstepping herself. Sanya shares that she wants to talk to Drew about her behavior. Drew is not following the bouncing ball, and Sanya must spell it out to her so she can understand. Sanya cannot rock with someone who puts their hands in your face and then deep dives into the mud pit with thirsty Anthony. Drew wants to know why Sanya did not mention these issues in her hotel room when she had 85 people in the room helping her get ready. There is mention of Drew competing with Beyoncé with her large entourage. Sanya states, “I feel like I have not been able to like fully rock with you because some of the stuff you are doing, I do not agree with it. “

The ladies discuss Drew and her whole-body makeover (BBL), and they think attributing it to a workout program is disingenuous. Drew asserts that many people have lost over 100 pounds but not on her site which has now crashed. She then admits to having a lot of health struggles. Drew then launches into some story about a hernia diagnosis. Side note: Didn’t Heather Dubrow claim that same story on RHOC when she admitted to a tummy tuck to fix her hernia? Is that code, like deviated septum equates to a nose job? Drew then launches into some bullsh*t about it being more like a support system and you need this village, which coincidentally offers a meal delivery service. Sheree wants to ask more specific questions since she takes pride in her athletic prowess, but Drew cannot answer any of the questions and must call her partner, Jackie. Jackie is not able to answer any questions either, BUT Drew asserts they are making A LOT of money on this venture.

Tyrone then FaceTimes Sheree and says they changed things up for him and he will not make it to NYC. Sheree has now traveled two hours to Philly to see him. Production shows how Tyrone love bombed her while he was in jail, but now that he is free, she no longer is useful to him. Sheree cannot get him to answer his phone since he is sending her right to voicemail.

Sheree bizarrely thinks since Tyrone has been on time in the past, he will be on time now, but it was only because he was a captive audience in prison! She must have her daughter explain to her what call blocking is. Sheree is starting to think the worst after she waits one hour and 34 minutes. A producer approaches and tells her that Tyrone’s parole officer said it was a parole violation for him to come to dinner in Philly. Sheree oddly calls Kenya to share that Tyrone stood her up after waiting for him for two hours. She is upset that she looks stupid as f*ck and breaks into tears since she is mortified. Sheree put her romantic life on hold for this guy. She has now sat outside in the cold waiting for this tool and must face that this guy is not the one for her…

Next week, Sanya disinvites Drew to her event, so we will see their alleged friendship continue to disintegrate. I hope all of you Blurbers have a wonderful week, and see you next week in the ATL!