RHODubai’s Caroline Stanbury Slams Chanel Ayan for Praising Herself While Putting Others Down, Shades Marriage to Ex Cem Habib, and Talks Future 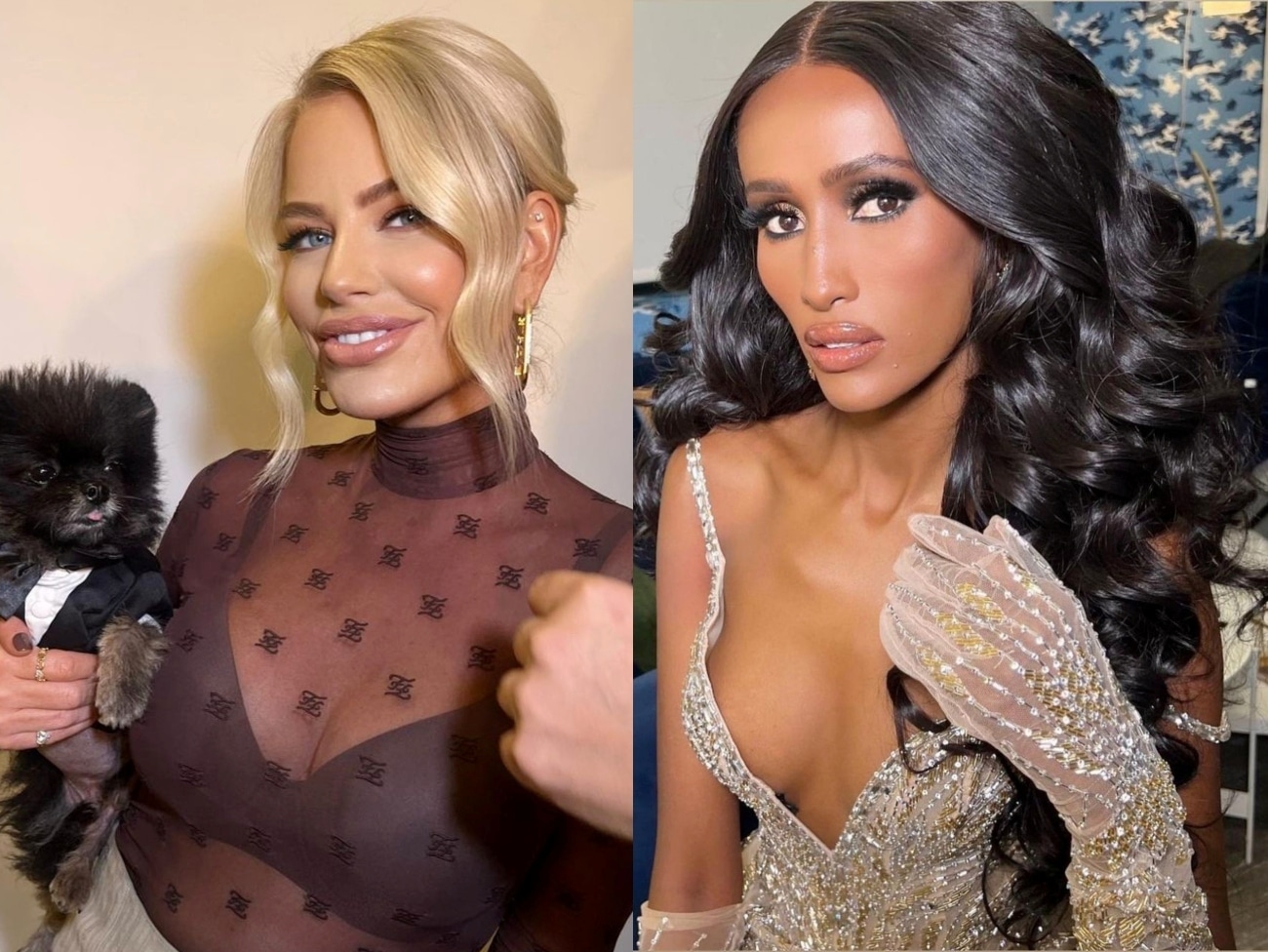 Caroline Stanbury and Chanel Ayan aren’t in a great place today, and according to Caroline, they likely never will be.

While appearing on a podcast last week, the Real Housewives of Dubai cast member opened up about one of her first encounters with Chanel, revealing that she was put off by the way the supermodel put others down. Then, she looked back on the demise of her marriage to Cem Habib.

“I met her a couple times, but there was probably a reason we weren’t friends,” Caroline explained on the June 15 episode of the Side Piece With Melissa Pfeister podcast.

According to Caroline, Chanel, who has openly shaded her marriage to Sergio Carrallo, who is 19 years her junior, is different than anyone else she’s ever met — and not in a good way.

“The fact we were at someone’s house and she was talking about how incredible she looked. It was the most bizarre thing I’ve seen in my life. I’ve never seen someone pay themselves a compliment, and then go on to put others down,” Caroline noted.

She then said that things between her and Chanel “don’t get better” as the season continues.

“We are just very different people, and I don’t think we are ever going to get to a good place,” she reasoned. 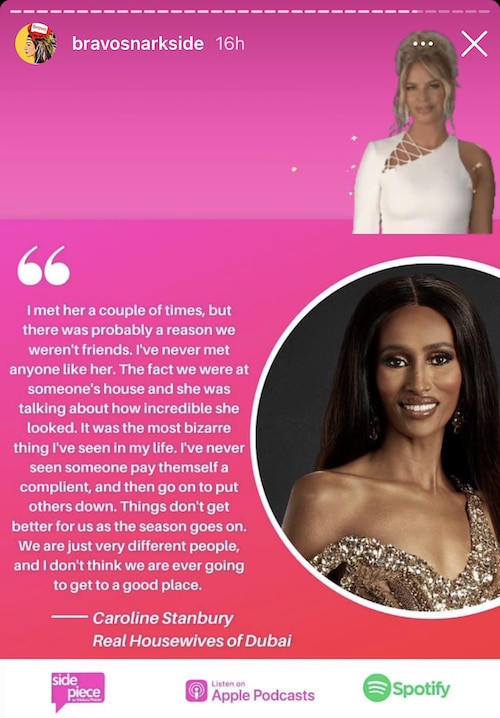 Also on the podcast, Caroline said that when it came to the end of her marriage to Cem, she found herself unable to have fun.

“It just lost the fun part. Every time I did go out with him, I got told off for my behavior,” she recalled. “[And] if I’m earning the money as well and I’m going to work and I work f-cking hard, when do I get to make my own mind? When do I get to be me? If I want to roll into bed at 4 in the morning absolutely batsh-t wasted, not that I do, but if I want to, I should be able to.”

Because Cem didn’t approve of Caroline indulging, she said she often would sneak into their bedroom after a night out with friends to avoid getting “told off.”

“I remember just like sneaking into the bedroom, literally stealth, like rolling myself across the floor, one leg in first, it’s just so funny, trying not to wake him up because I knew I was going to be in so much trouble,” she admitted.

“Even when we got divorced,” she continued, “I remember I walked into the office and he goes, ‘Come into my office,’ and I was like, it was like going back to my headmaster.”

That said, Caroline noted that she didn’t believe it was Cem’s fault that he had gotten so controlling.

“It was all that and it’s not his fault, at all, because I created that,” she explained.