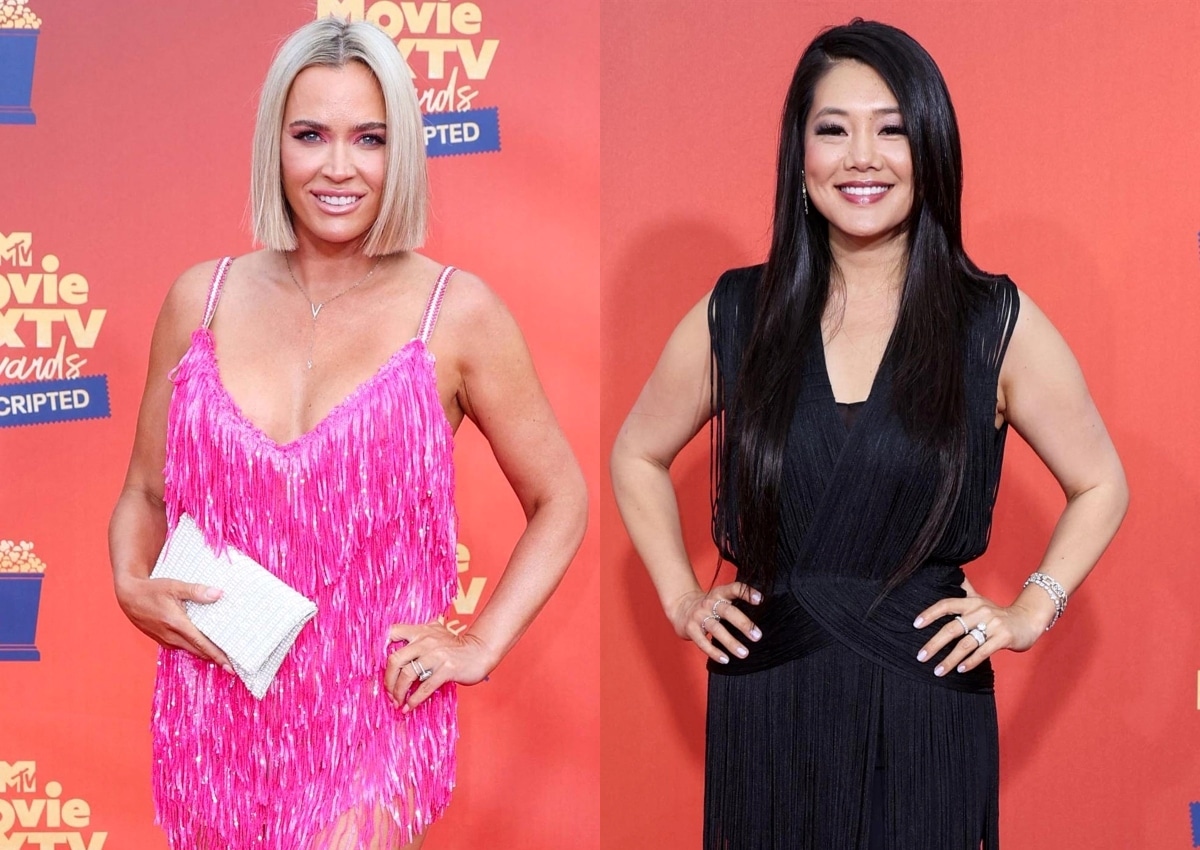 One of the main sources of friction on this season of The Real Housewives of Beverly Hills is the tension between Crystal Kung-Minkoff and Sutton Stracke over an alleged “dark” comment Crystal alleges Sutton made. Sutton then went on to reveal that some of Crystal’s former friends have reached out to her warning her of Crystal’s manipulative behavior and ability to hold onto things only to later weaponize them.

Co-Star Lisa Rinna has seemingly co-signed Sutton’s accusations saying in a confessional, “Crystal has told me that she had a falling out with like 14 of her friends, ’cause she knows, I know these girls. I mean, it’s a lot to be dropped by 14 friends. I don’t even have f–king 14 friends,” she laughingly said.

Now, another friend and former RHOBH star is weighing in on the matter with her own details.

Per Heavy, in a recent turn of events, RHOBH alum Teddi Mellencamp revealed that some of Crystal’s friends have reached out to her as well on a June 22nd episode of her Two T’s in a Pod podcast co-hosted with Tamra Judge, and also alleged that she was the one who recommended Crystal for the show.

“I was the person who recommended her. I am in one of her friend groups. We’re not best friends by any means but we’re friendly,” Teddi said.

She continued by saying that while she was not a part of the friend group that Sutton claims iced out Crystal, certain individuals from said friend group have “messaged” her about Crystal.

“The people that are in [the group] tried to give me information that I did not want because I do think there’s two sides to every story,” Teddi explained

Teddi continued saying that she knows Crystal is “truly heartbroken” about the situation and believes she knows why Crystal’s former friends turned on her.

“It’s a group of girls, we’re talking like ‘Beverly Hills’ type women just not with cameras and there’s going to be two sides, but in every friend group do people gossip about each other, yes, so I think that was what was happening and as that happens in friend groups, and she said something to someone and that person then outed her to the rest of the friend group,” the accountability coach stated.

She also clarified that she’s only gotten this information “through DMS.”

In a somewhat hypocritical statement, she concluded, “It’s not my place to share but it’s people saying things.”

Crystal, herself, seems to have an entirely different take on the situation with Sutton claiming the conflict has only made the two’s friendship stronger.

Speaking to E.T. Canada in June Crystal shared, “I feel like we went through a lot, we were against each other, we were on the same side against other people at some points and as painful as that is, it actually helps you grow as friends because you really learn about – you know, it’s not surface anymore, whereas most relationships I find are surface, we have to dig deep sometimes and it’s painful sometimes but we get to the other end and it’s been really nice.”

She also said that the two “spend a lot of time together” and meet “once every two weeks. We’re together quite often. And I’m really happy.”

So, the two are good now? It seems like the two flip-flop on their friendship every other day.

Continue to watch it all play out as The Real Housewives of Beverly Hills airs Wednesday nights at 8 p.m. EST on Bravo.