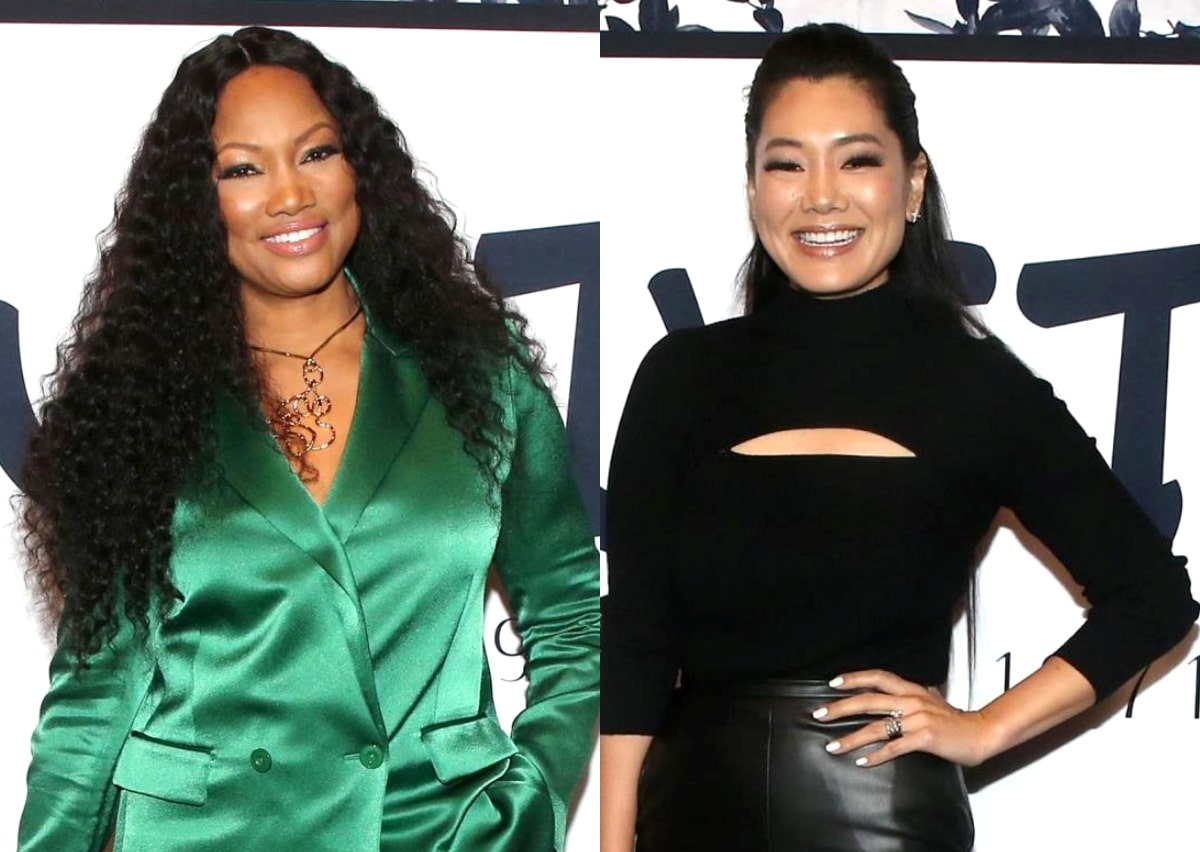 Garcelle Beauvais may have been on good terms with Crystal Kung Minkoff when production began on The Real Housewives of Beverly Hills season 12 last year. But after Crystal accused Sutton Stracke of saying something “dark” amid a racial debate on the series’ 11th season, things between them seemed to take a turn for the worse.

Although plenty more episodes remain, Garcelle offered an update on where she stands with Crystal during a recent event as she and Sutton reacted to a cryptic post Crystal shared on Instagram about “knowing more” than she says.

“I haven’t seen her,” Garcelle told E! News of Crystal at the Critics Choice Real TV Awards on June 12. “I haven’t been looking for her, either.”

According to Garcelle, she and other members of the show have been a bit triggered by the scenes that have been recently playing out.

“I think in re-watching it, new feelings emerge,” Garcelle said. “New cuts are open. And so it’s hard because you do it, and sometimes you resolve things, and then you watch it back, and it’s like, ‘Oh?’ So I think that’s what’s happening to a lot of us.”

“[We’re] all getting triggered a little bit,” Garcelle shared of Crystal’s vague banter.

Amid the recent episodes of RHOBH and the ongoing chatter about her claims against Sutton, Crystal took to her Instagram page, where she shared a selfie and mentioned the things she hasn’t yet revealed.

“Don’t underestimate me. I know more than I say, think more than I speak, and notice more than you realize,” she wrote in the caption,

“Like who’s gonna win the World Series??” she asked.

On an episode of WWHL last week, Crystal was asked about her many cryptic statements about Sutton.

“Sutton and I, she and I know what was said and we’ve spoken at length about it and she has apologized to me privately and publicly… because that conversation was a lengthy one and I’m choosing, and I chose back then, to believe her in her apology and to move forward,” Crystal told host Andy Cohen. “That’s who I am and that’s what I want to do and I believe her apology and that’s where I’m at.”

Also during her interview with E! News, Garcelle confirmed her relationship with Sutton is “great.”