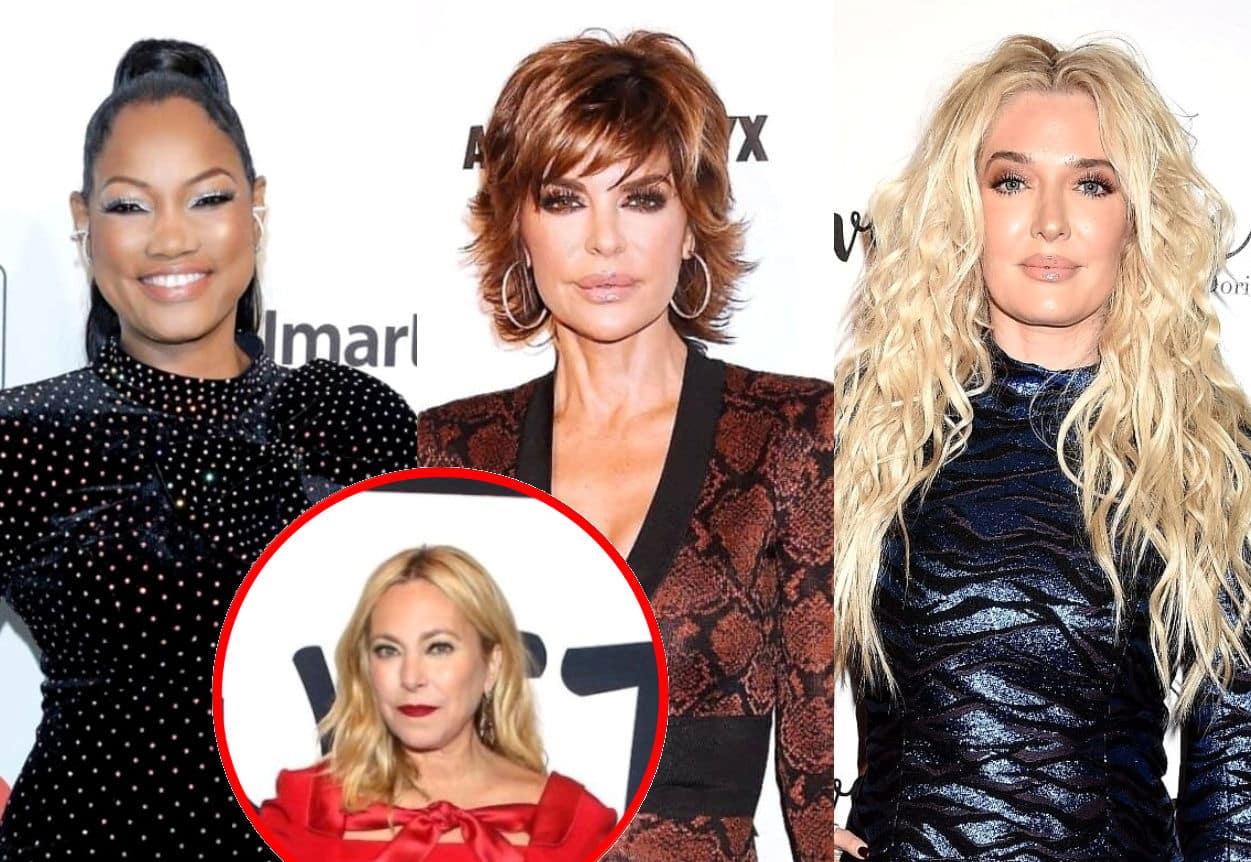 Garcelle Beauvais is not in a good place with Lisa Rinna after wrapping filming on the 12th season of The Real Housewives of Beverly Hills earlier this year.

After butting heads over Lisa’s prying into Denise Richards‘ alleged affair with Brandi Glanville amid season 10 and feuding over Garcelle’s supposed lack of a “thank you” to pasta-sauce aficionado Harry Hamlin on season 11, Garcelle confirmed the two of them are still at odds before reacting to Lisa’s “unfortunate” online feud with Sutton Stracke.

“There are tensions, so it’s like seeing an ex-boyfriend,” Garcelle shared with Page Six on Monday at the 2022 NBCUniversal upfront in New York City, adding that she “[doesn’t] know” how to explain the current status of her and Lisa’s dynamic and hasn’t seen Lisa for quite a while.

Although the RHOBH cast will be reunited at the 2022 MTV Movie & TV Awards next month (the show is nominated for Best Docu-Reality Show), Garcelle said things will likely be “quiet” with her and Lisa as they wait to rehash their issues at the upcoming reunion.

“We haven’t done that yet, but I’m sure it will be [super uncomfortable] because we don’t want to give anything away because of the reunion,” she said.

As for possibly repairing their relationship in the future, Garcelle said, “We have to see how it plays out this season.”

“I don’t want to jump the gun, I don’t know,” she admitted. “I just feel like we have to see where we land by the reunion. We see the episodes two days before they come out, so you don’t really get to see an entire season and see how it plays out.”

For now, Lisa is focused on Sutton and their ongoing Instagram drama over Elton John’s 2019 Oscars party, which Sutton claimed to have invited her and Harry to without receiving a “thank you” as Lisa insisted she and Harry were “never guests of Sutton Stracke ever.”

“It’s unfortunate because I feel that Sutton’s always getting the brunt of it,” Garcelle said of the fighting. “But [Sutton] is stronger than you think.”

In fact, Garcelle was happy to report that Sutton stood up for herself throughout season 12.

“I’m happy that you’re finally seeing her stand up,” she said. “It’s great.”

During another interview with E! News, Garcelle responded to Erika’s recent suggestion that she had broken a promise to her by mentioning her legal drama.

“I just said I’m not going to ask her anymore questions. I wasn’t sworn in. I didn’t say ‘I promise.’ There was no promise,’” Garcelle confirmed. “It’s unfortunate, she’s really going through a lot. I wouldn’t want to be in her shoes and it’s tough because we’re also on a show that we have to ask questions. I mean what are we going to sit there and say nothing? It’s crazy.”

Garcelle then said of a season 13 return, “That’s up to Bravo,” before noting that she’d like to be asked back.