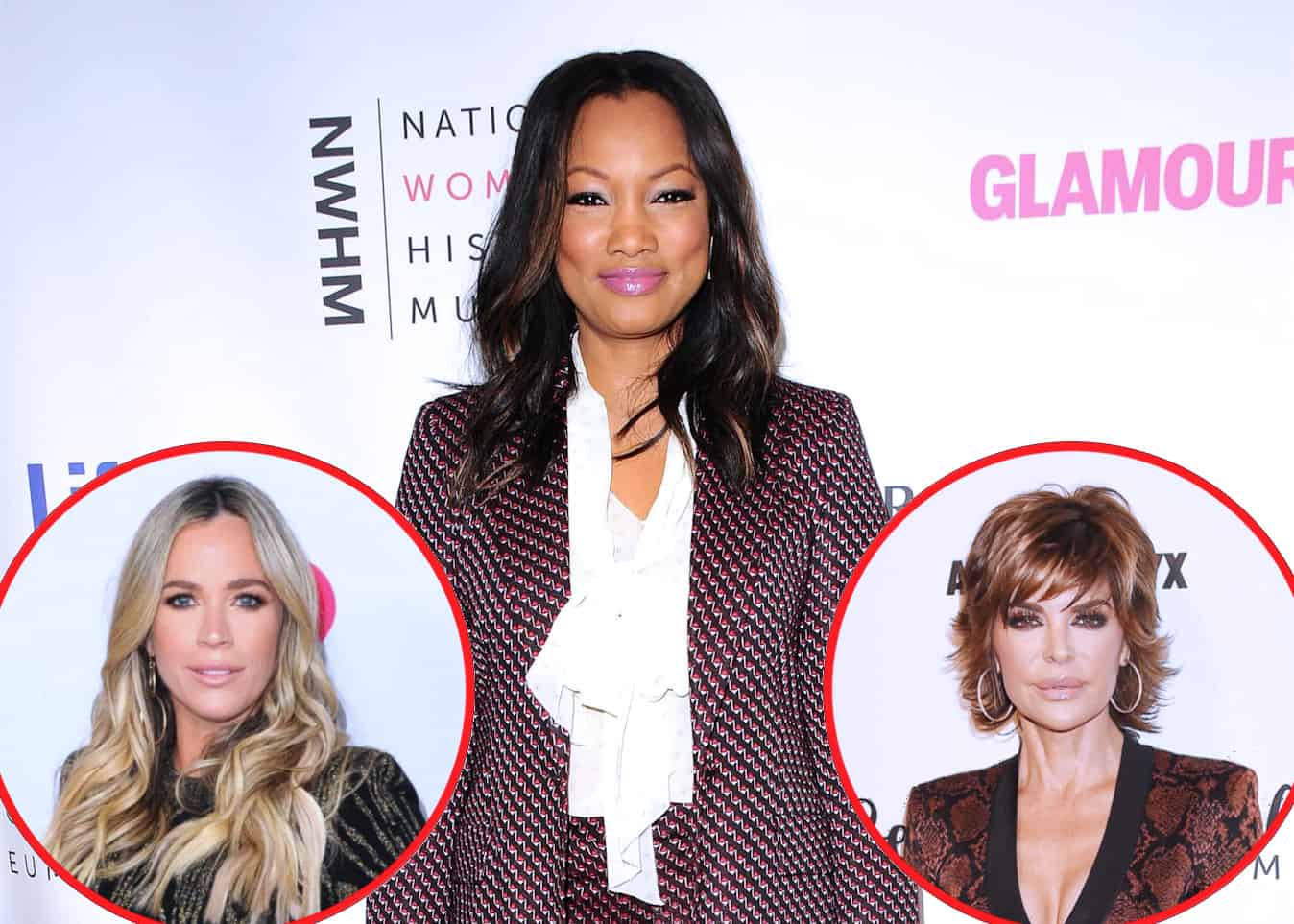 Garcelle Beauvais offered a response to Teddi Mellencamp‘s departure from the Real Housewives of Beverly Hills during a recent interview.

After giving a shady reaction to Teddi’s firing, which came amid claims of her being too “boring” and “stale” for the show, Garcelle took aim at Lisa Rinna‘s season 10 behavior and reacted to recent casting rumors regarding Kathy Hilton and Crystal Kung Minkoff.

When asked how she felt about Teddi being fired from the RHOBH cast, Garcelle paused for 10 seconds before giving Entertainment Tonight a bland, “Okay,” letting the outlet know that there was no love lost.

As she and her castmates film RHOBH season 11, Garcelle said she hopes her co-stars, including Lisa, “show a little bit of growth” and “a little bit of maturity” with one another. After all, as Garcelle explained, Lisa took a hard turn for the worse last year.

“The Rinna that I knew before Housewives is what I can really speak to, you know. She was fun, she was supportive, she was nice, she was kind, and I get it — we’re shooting a TV show, and I get that drama is a part of it — but I think she took it to a level that was not a good look,” Garcelle noted.

In addition to wanting to see changes in her castmates, Garcelle also hopes to address Kyle Richards on camera about the issues they faced during season 10.

“It’s really important to me that [Kyle] and I sit down right away and hash it out — or talk it through, however you want to put it,” she shared.

As for the recent casting rumors, Garcelle seemed open to the idea of welcoming Kathy to the show.

“I met Kathy at a few dinners, she seems like a lovely lady,” Garcelle stated. “That seems like an ally, obviously, for Kyle and you know the more the merrier. … I don’t want to throw shade, I haven’t spent time with her. Let me spend time with her and we’ll go from there.”

In regard to Crystal, Garcelle said she didn’t know the potential newbie before adding that she’ll “probably” be introduced to her soon.

Below are pictures of Crystal –