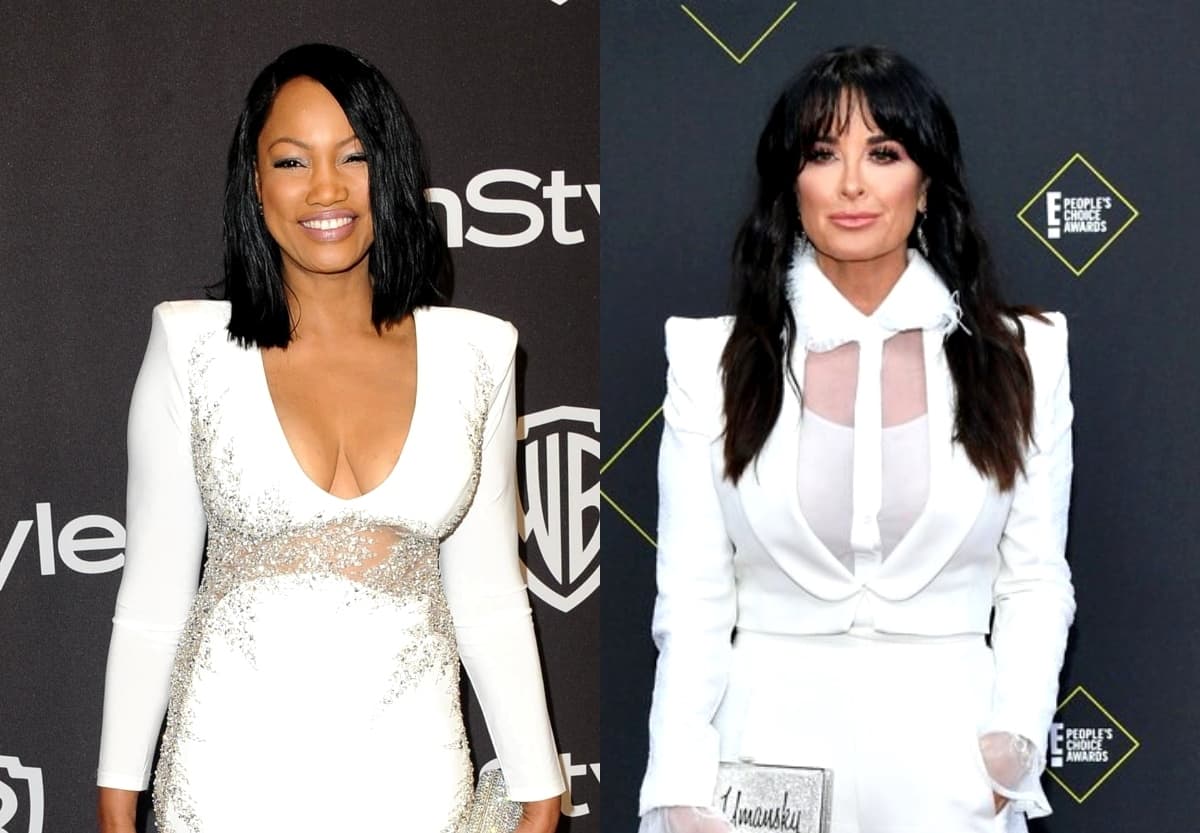 Kyle Richards and Garcelle Beauvais feuded over Garcelle’s charity bid during the September 2 episode of the Real Housewives of Beverly Hills reunion, and afterward, they proved they were still at odds by engaging in a war of words on social media.

After Garcelle took to her Instagram Stories to confirm that after the money “fell through the cracks” amid her busy schedule, she submitted her payment to the Children’s Hospital, Kyle explained why she called Garcelle out at the reunion as Garcelle clapped back on Twitter.

“I would like to address my ‘calling out’ [Garcelle] at the reunion over her not paying her donation to [the Children’s Hospital in Los Angeles],” Kyle wrote in a statement to fans on September 3. “To be clear, everyone who made a donation at my event paid THAT night. There were multiple attempts to reach out to Garcelle that were left unanswered.”

“My point was to just be genuine,” she continued.

According to Kyle, she believes Garcelle may have made the charity bid during her event for show.

“Don’t do things just for the [cameras],” Kyle advised. “Whether it is picking an unwarranted fight with me or making a ‘DONATION’ TO a charity thats very important to my family and me. THERE WAS ZERO PRESSURE TO DONATE.”

Kyle then confirmed that Garcelle has since paid her donation and revealed that she and her guests raised nearly $500,000 for the Children’s Hospital at her gala. 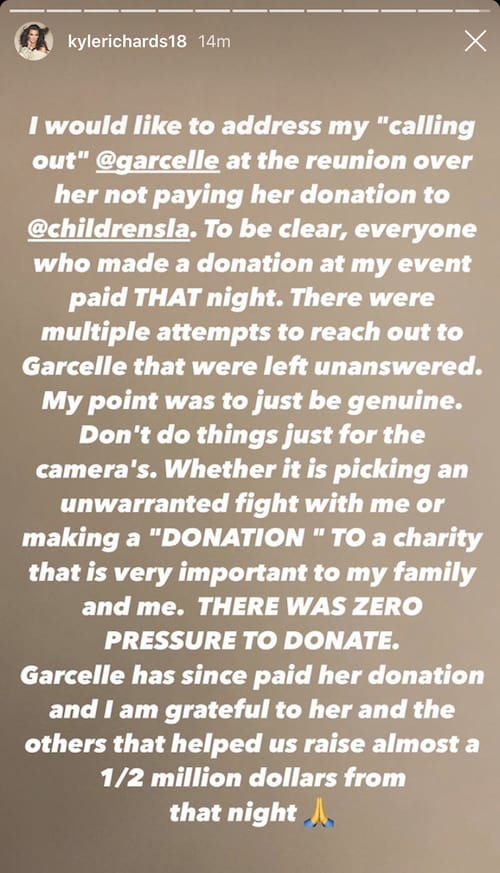 After Kyle’s post was brought to Garcelle’s attention on Twitter by Entertainment Tonight host Nischelle Turner, the actress clapped back at her RHOBH co-star by suggesting she was not being honest.

“Hey Kyle, you saw Garcelle numerous times over the course of a season, if there were ‘numerous attempts to reach out to her’ why didn’t you just say something to her when you saw her? In person. That’s an honest question,” Nischelle tweeted. 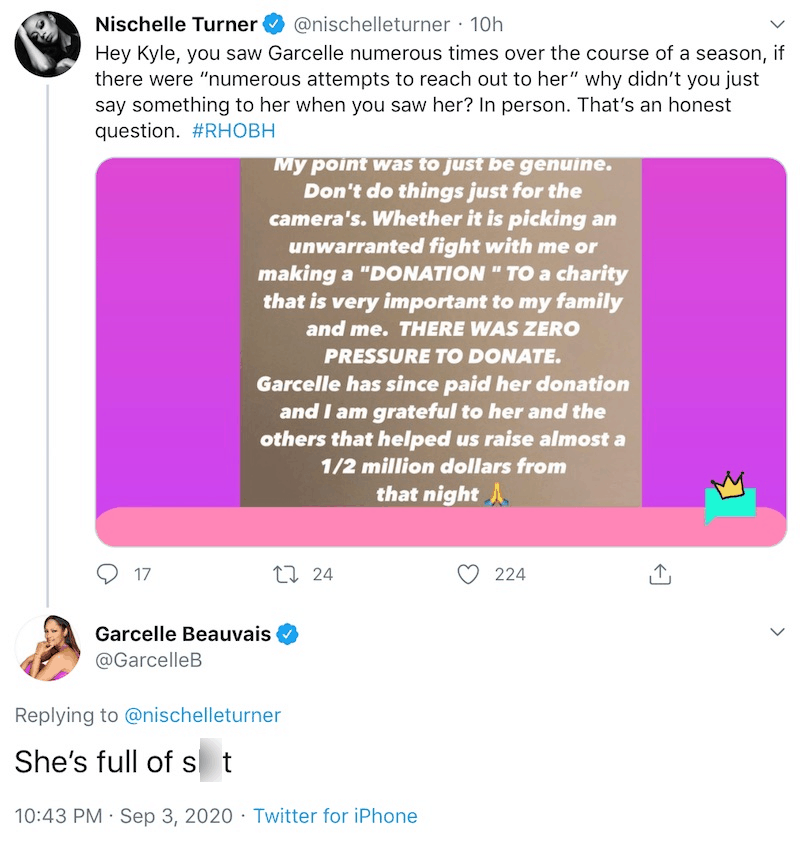 In her own Instagram Stories post, Garcelle explained to her online audience why her charity donation was late before revealing why Kyle’s statements against her were so hurtful.

“It fell through the cracks innocently, I was traveling all over the world last year,” she shared. “This is my character, this is my integrity; I don’t play around when it comes to things like that. I wanted to set the record straight, I know the show is about drama, but when it comes to who I am as a person, I don’t play around with things like that.”

Part two of the three-part Real Housewives of Beverly Hills season 10 reunion airs next Wednesday, September 9 at 9 p.m. on Bravo.