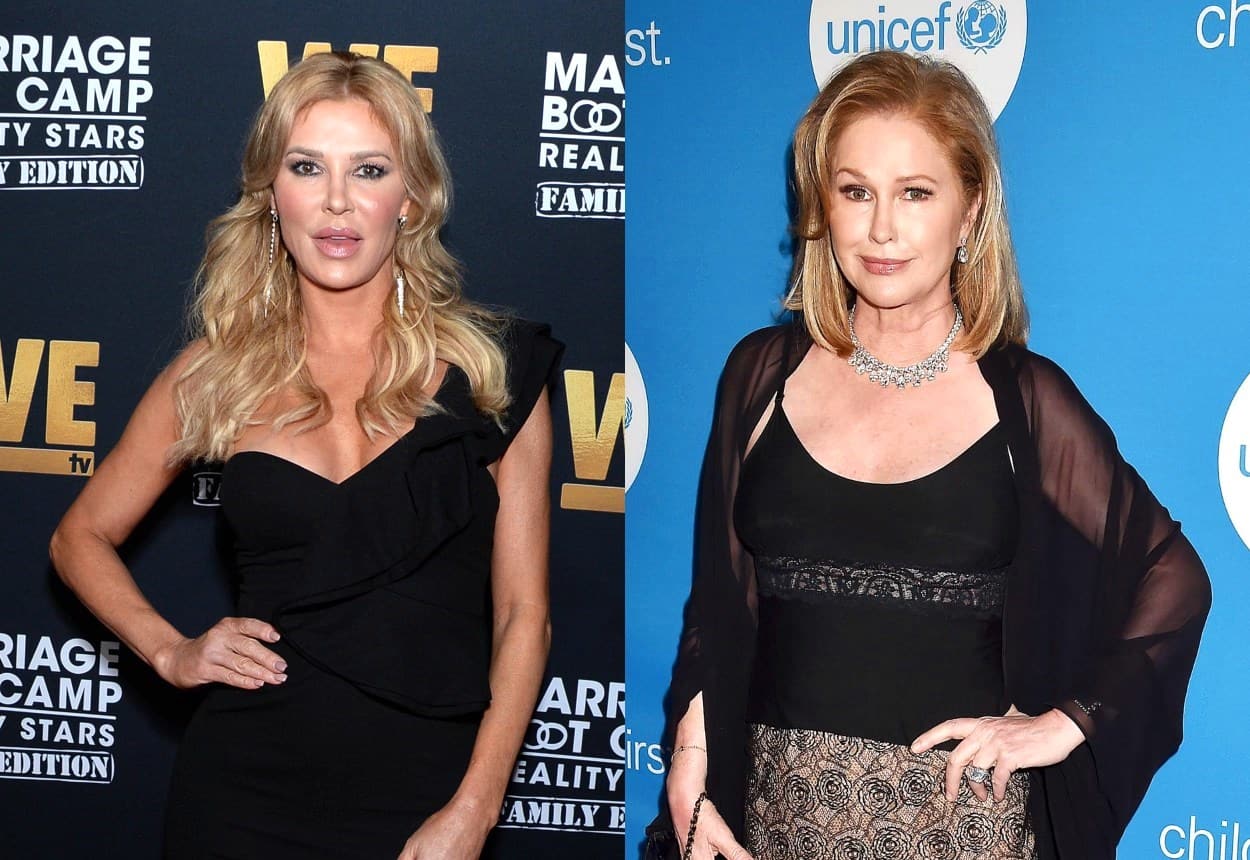 Kathy Hilton has reportedly signed on to appear in a “friend” role on the upcoming 11th season of The Real Housewives of Beverly Hills.

During the latest episode of her podcast, Brandi Glanville confirmed that Kathy will be featured on the new episodes before telling listeners the family dynamic between her and her sisters, Kyle Richards and Kim Richards, will be “interesting” to watch and revealing which of her RHOBH castmates she is currently speaking to.

“Kathy Hilton is coming on,” Brandi said on Unfiltered, according to a clip shared on Twitter by Love Andy C. “She’s going to be a ‘friend of.’ I think it’s already out there so I’m hoping I’m not spilling any tea.”

“I think that will be interesting. It’s always interesting to have a family dynamic. And when Kim and Kyle were on… It’s different when you’re with… If you’re going to fight with your family, that’s real sh*t,” Brandi continued.

Rumors of Kathy’s potential addition to the RHOBH cast began swirling last month as the 10th season came to a close with Denise Richards announcing her departure from the series and Teddi Mellencamp sharing that she was fired from her full-time position.

There were also rumors at the time that suggested Kris Jenner could also take on a position in the series now that her own reality show, Keeping Up With the Kardashians, was coming to an end. However, after hearing these rumors, Kris said on The Ellen Degeneres Show that while she would be open to making cameo appearances, she did not want to be an official cast member.

As for Brandi’s potential return to RHOBH, Andy Cohen told her on a previous episode of her podcast that she wasn’t exactly “on an island” away from the cast like she used to be.

“But you’re not exactly friends with any of the women [either],” he explained.

In an apparent response to Andy’s statement, Brandi revealed during the latest episode of Unfiltered that she is friends with several members of the show.