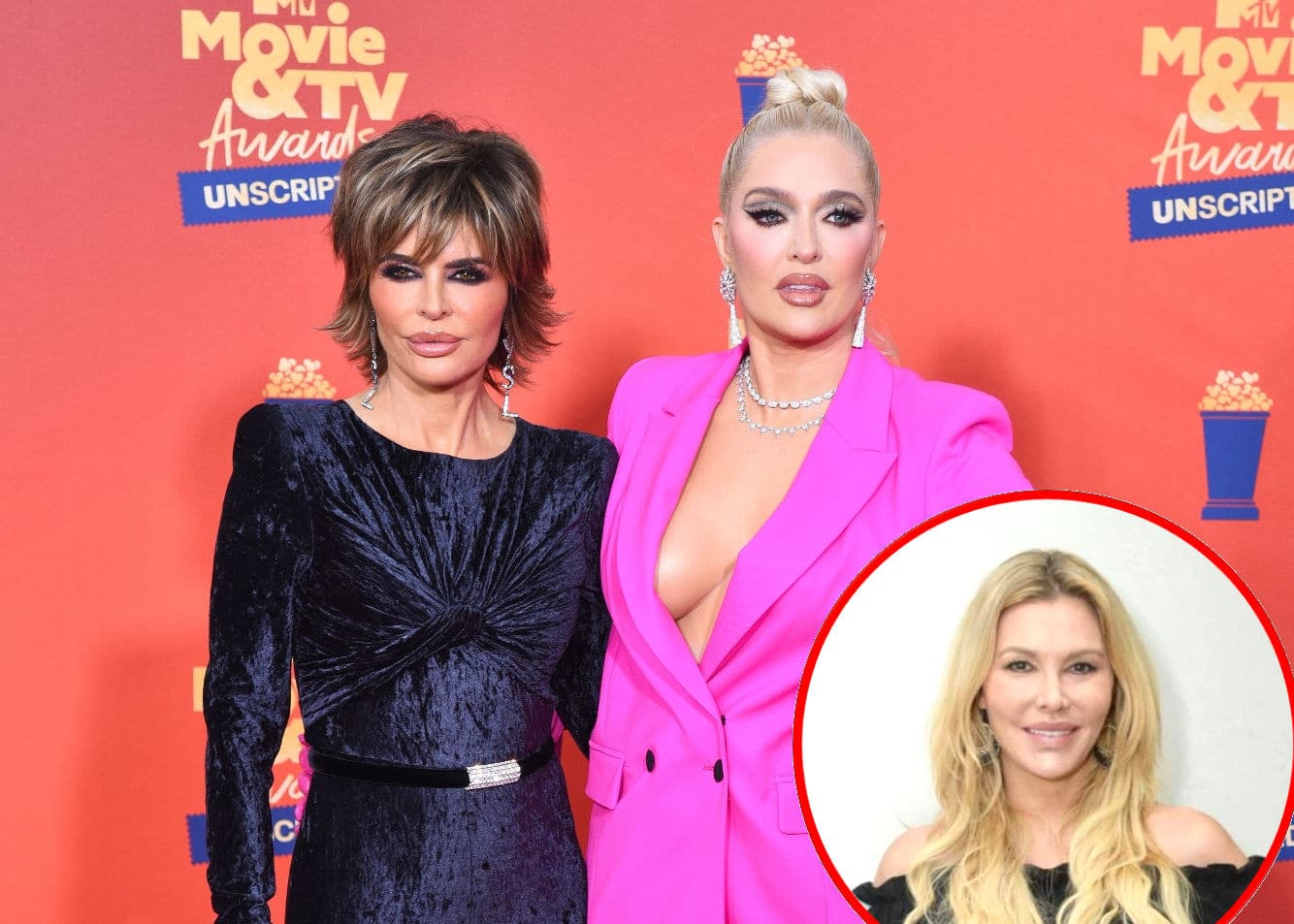 During a strange conversation on Real Housewives of Beverly Hills, Erika Jayne asked questions about Crystal Kung-Minkoff‘s eating disorder. The pop singer then revealed that she herself uses laxatives to lose weight.

Fans online were outraged at Erika and accused her of suggesting laxatives as a solution to Crystal. Other viewers believe she was confessing her own struggles, but perhaps too flippantly.

On July 24, castmate Lisa Rinna addressed Erika’s controversial comment. In her Instagram Stories, the actress stated that she “just watched this weeks show,” and she shared a blog post from mentalhelp.net with suggestions on how to “respond to an eating disorder.”

“1. Focus on feelings and not food. … 2. Offer empathy not advice. … 3. Ask direct but sensitive questions to learn more. … 4. Instill value to promote self-esteem.”

Lisa then commented, “I think this is very helpful. We can all learn from this moment. #rhobh.” 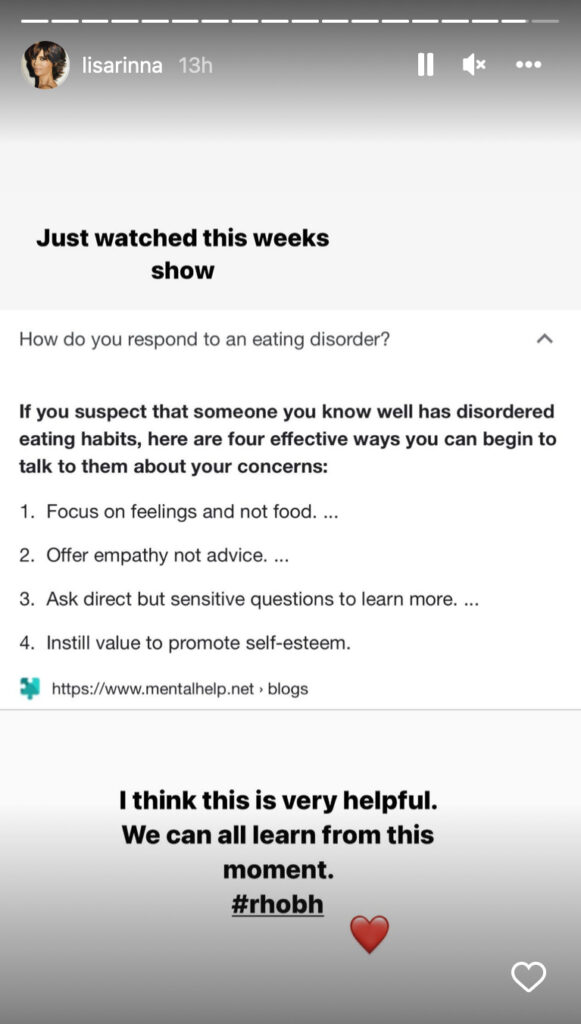 She also shared a post from nationaleatingdisorders.org, concerning, “How to talk to a Loved One about an Eating Disorder.”

“Set a private time and place to talk … Stick to the facts … Be prepared for negative reactions.” Perhaps the most telling suggestion was “avoid overly simplistic solutions.” 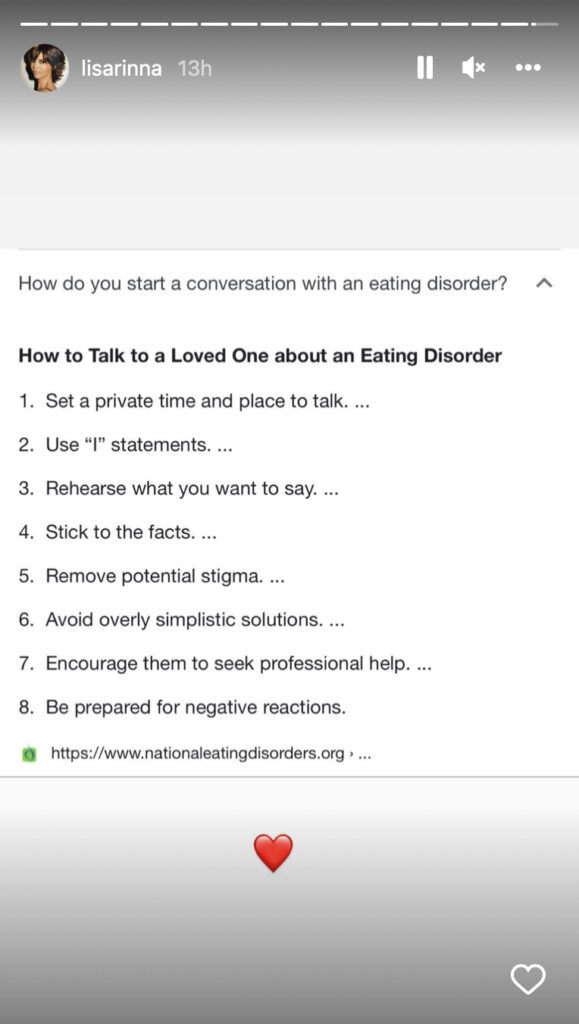 On the same day, Lisa also shared a video of herself dancing to a shady rap song from RHOBH alum Brandi Glanville.

“Life of a Housewife” was an interesting song choice for Lisa because it seems to spotlight her castmates’ problems, as it allegedly refers to Erika’s “lawsuits in the millions,” “legal fees,” and “zero f**ks.”

It also seems to reference her co-star Kyle Richards, who was accused of stealing her sister Kim Richards’ house. “Not stealing cars but stealing houses,” says Brandi in the song. “Some hit the lotto with they spouses.”

Brandi seemed to take aim at Kim as well, mentioning Housewives’ “kicking cops.” (In 2015, Kim was accused of kicking a police officer in Beverly Hills.)

Why would Lisa dance to such a song? Some fans insist her motives are innocent – while others believe she’s slamming her colleagues.