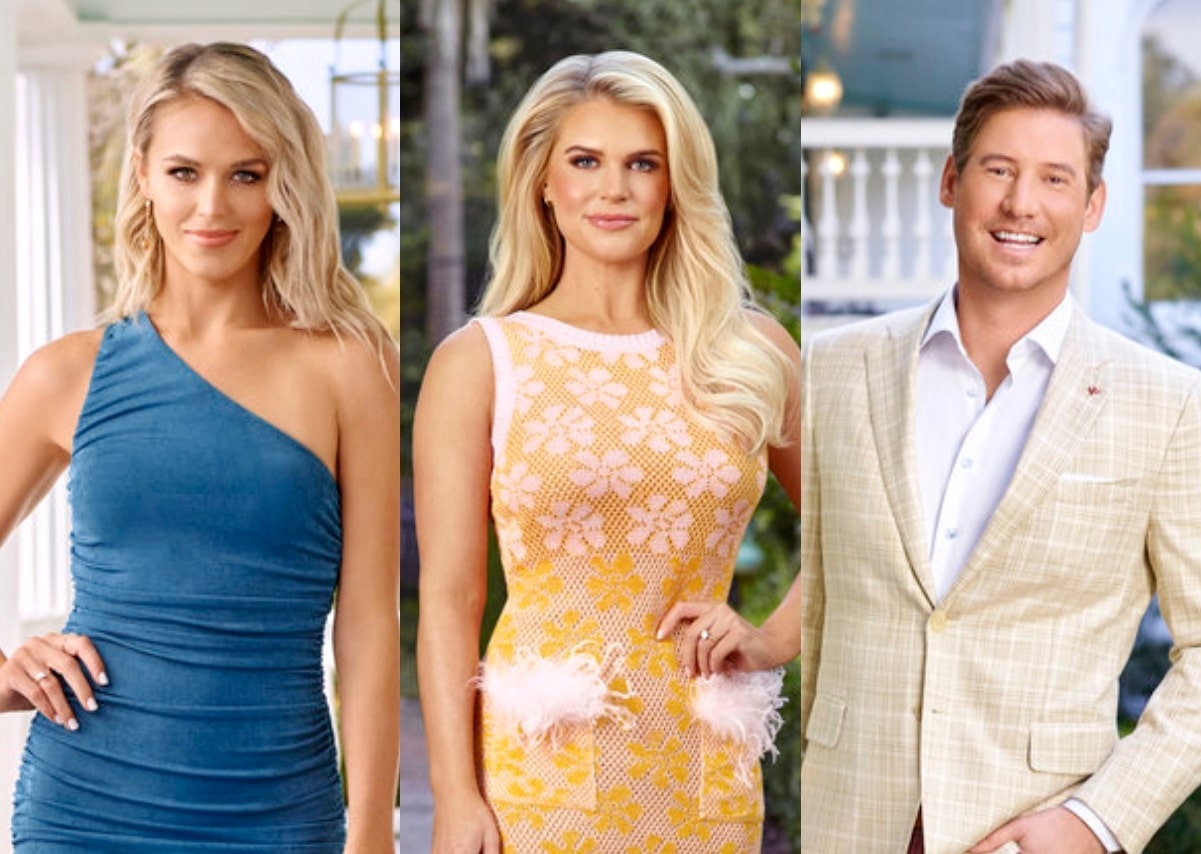 When Madison LeCroy announced her engagement to Brett Randle, her ex-boyfriend Austen Kroll was left in the dark. The exes have been feuding since their explosive breakup in 2020 with both sides throwing accusations at the other.

Recently, Madison claimed Austen said she was picking the wrong guy after he learned of the proposal. During a confessional interview on Southern Charm, Madison also said Austen had nothing to offer her, and she was fully in love with Brett (and hinted he treated her better).

In an interview on Watch What Happens Live with Andy Cohen, Andy asked Olivia Flowers – Austen’s current girlfriend, who’s also feuding with Madison – if it was strange that Austen was angry at Madison for not telling him about the engagement.

Olivia then revealed that Madison has been sending Austen “late-night text messages.” When asked to explain, Olivia said, “The other night she sent him one. It was like, ‘I don’t want to fight anymore’ … alright, well you’re the only one on your shade tour. She had some lovely things to say about me on that tour.”

Costar Kathryn Dennis then added, “She’s been on a world tour since A-Rod came out.”

Kathryn is referencing, of course, the rumor that Madison had a sexual relationship with baseball star Alex Rodriguez (while he was still seeing Jennifer Lopez). Madison denied the accusations, but she admitted he sent her direct messages. Castmate Shep Rose later claimed the athlete had Madison sign a non-disclosure agreement.