Home Southern Charm Southern Charm’s Craig Conover & Shep Rose on Why Leva Unfollowed Cast, Drama With Austen and Screaming Matches, Plus Shep Says Kathryn ‘Can Be Her Own Worst Enemy’

Southern Charm’s Craig Conover & Shep Rose on Why Leva Unfollowed Cast, Drama With Austen and Screaming Matches, Plus Shep Says Kathryn ‘Can Be Her Own Worst Enemy’ 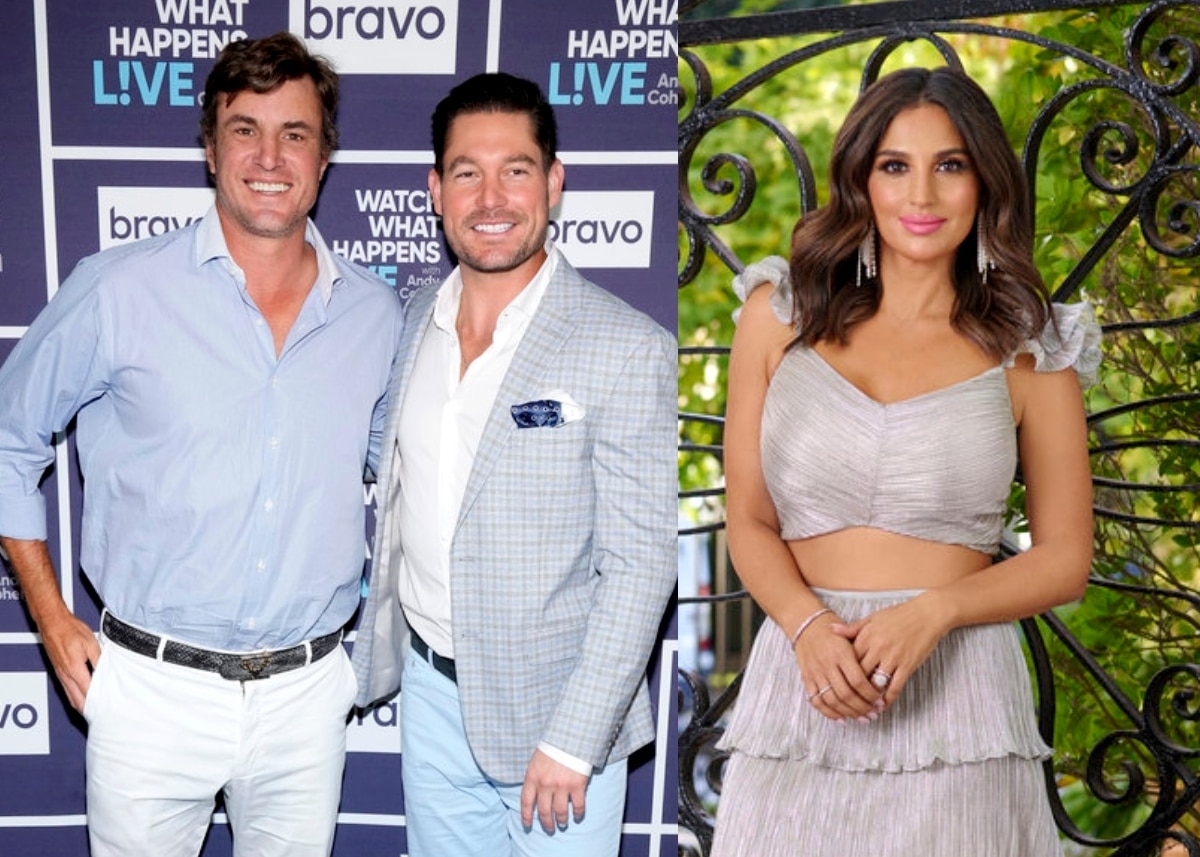 On the latest season of Southern Charm, the bromance of Craig Conover, Austen Kroll and Shep Rose is severely tested. During a dramatic trailer, the men found themselves in multiple screaming matches – and Craig and Austen engaged in a physical altercation.

In the season premiere, the castmates shared an awkward scene at Kathryn Dennis‘ birthday party, when they addressed the cracks of their friendship. At the time, no one seemed to be barreling toward resolutions.

In an interview with the Behind The Velvet Rope With David Yontef podcast, Shep claimed Craig had “more screaming matches” than anyone else in season 8.

Craig – who was present in the interview – explained himself: “I yell a lot this year, but you know, [Shep and I] both are dealing with different chapters than you’ve seen us in. Shep’s in a committed relationship. I am too, but I’m also dealing with my kind of my past. Basically everything that I’ve ever swept under the rug with any of the guys or anything, we’re dealing with. And I don’t, I don’t deal with it great all the time.”

He suggested that his ex Naomie Olindo was a factor in the stress. “You know, my ex is back in the picture … And so having her around all the time, what people don’t realize is, there’s a reason you broke up. And so like my patience with stuff with her, is just not [in] existence. So I’ve got, I’m kind of like a powder keg all the time this year.”

Craig then transitioned to his issues with Austen. “At the end of last summer, I wasn’t, Austin and I weren’t on any terms … He was on a pretty destructive tour for a couple months there. And I got sucked into his path of destruction and I was angry about it. But we never talked about it of course. And so this season, you’ll see us be forced to confront everything that happened and why I’m so angry with Austen.”

Shep – who called Austen a “f**king joke” in the trailer – discussed his own issues with the star. “Truthfully, [Austen] and I have never been closer. However, I think this season he saw an opportunity … His relationship wasn’t in the spotlight. Of course he and Olivia [Flowers] were sort of dancing around each other, but I think he had a lot of pent-up frustration from the past with his relationship with Madison [LeCroy]. And he was sort of enjoying me being under the microscope a little bit … and he was sort of poking and prodding and I finally lost my cool on him towards the end of the season.”

He explained, “It was rough for me and [my girlfriend] Taylor this season and we, we, we weathered the storm, but it was, there was lightning and wind and thunder and it was all my dumb a** fault.”

Which castmember needs the most relationship advice?

Craig answered, “I would always say Austen but he doesn’t listen. He doesn’t listen. [John] Pringle. Yeah. I mean our classmates don’t listen to anyone. Kathryn’s gotten a, she’s got a tough history with her relationships. I think Kathryn, if she finds, I hope she finds someone that she trusts enough to listen to because she, I think she could do better if she really had someone to confide in.”

Shep later chimed in, “I think [Kathryn] can be [her] own worst enemy unfortunately. And she can let her emotions get the better of her. But I feel for her, like the whole custody thing is a real mess. A real, real big mess. And you know, I don’t know enough about it to really get into depth, but I know that it breaks her heart that she can’t see her kids when exactly when she wants to.”

Craig added, “She’s had trouble finding a good support circle. We see a lot of people take advantage of her. You know, they gain her trust and she wants a circle … I think she’s more lonely than most when it comes to, you know, [Shep and I] both have someone we can reach out to. I don’t know if she really does.”

When asked which castmember was the most shocking in season eight, Shep pointed to Craig, and answered, “Towards the end of the season, I was like, man, we went and talked to him after a particular argument. And we were like, ‘you gotta just take a deep breath.’”

Craig explained that Shep “has a good theory that I … brought a lot of Summer House and Winter House into Southern Charm filming, which actually makes sense. I mean, I was pretty high-strung. I guess I was more high-strung filming Southern Charm this year … I was a little combative.”

Shep also admitted that this “was the booziest season we’ve done. And that’s saying a lot, cause we’ve consumed a lot. We drowned the city of Charleston [in relation to how much we drink this season].”

Shep first answered, “There was something … that had to do with Austen’s beer and her restaurants, and then a lot of other things. And I mean, are we allowed to say that she has this new show or no?”

Craig added, “Look, I’ve been friends with Leva a long time. She, in my opinion, there was some fourth wall stuff that happened and that’s the only reason her and I would ever fight. Cause we don’t have anything against each other. And she really took it personally and it all unfolds. I don’t know how they’re going to make sense out of it actually. But apparently she re-followed Paige … [but there’s] a rocky road ahead.”

Will viewers see a different Leva in season eight?

“Yes,” answered Shep. “Because yes, season seven was all about, you know, Kathryn’s comments and frankly, we were all tired of talking about it. And I think the audience was too, I think that’s a resounding thing. And … the sharp end of the stick was pointed at [Leva] after last season. A lot of people were just like, ‘enough,’ you know? And again, yes, Kathryn made a mistake and you don’t, it doesn’t have to be the topic of conversation all the fricking time.”

Who does Shep expect to be the first man to get engaged – himself or Craig? “Well, [Craig and Paige have] been dating for a year less,” said the 42-year-old, “so maybe it’s my turn.”