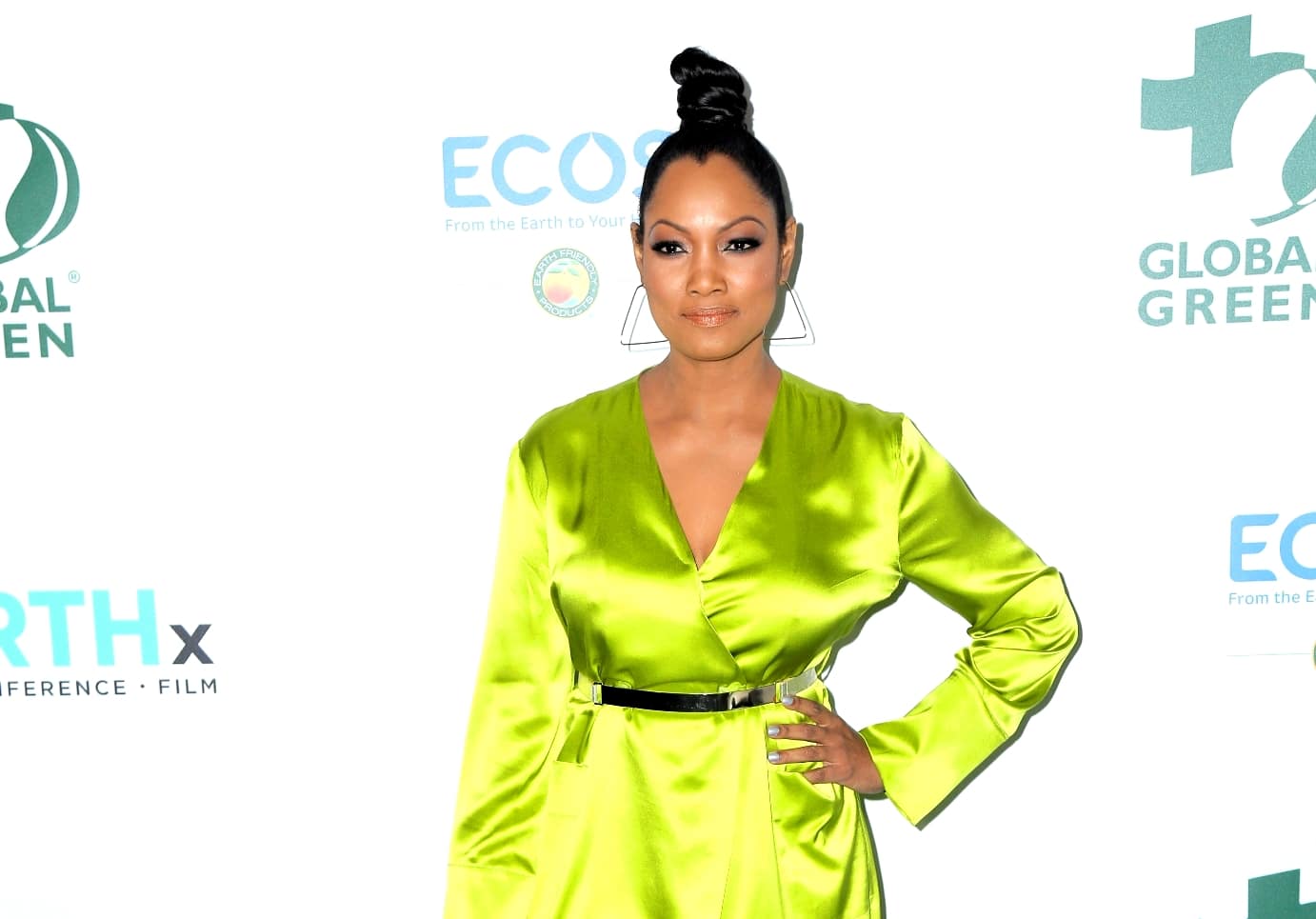 Bravo sent out a message of support to Garcelle Beauvais amid the upsetting reveal of racist and derogatory messages sent to her 14-year-old son, Jax Nilon.

After the Real Housewives of Beverly Hills cast member and her young child shared a number of messages sent to him by hateful fans, one of whom made a disturbingly sick reference to the inhumane murder of George Floyd, Bravo released a statement across their social media pages, encouraging RHOBH viewers to put an end to their devastating comments.

“We are shocked and appalled at the social comments directed at Garcelle’s son. We urge our viewers and social followers alike to refrain from targeting our cast and their families with harmful rhetoric,” the network wrote on August 24.

Right away, a number of Bravolebrities, including the entire RHOBH cast, reshared the message on their own pages.

“Important! RHOBH is a TV show. All cast members know it’s a TV show and it’s main purpose is to entertain the audience. Attacking the cast or their children is inappropriate. Please enjoy the show and leave the participants alone. The negatives editorializing can be very dangerous and we all hope it will stop. Love please!” wrote Harry Hamlin, husband of cast member Lisa Rinna, along with a screenshot of Bravo’s statement.

On Kathy Hilton’s page, she said, “100% agree,” and she encouraged viewers to “stop bullying.” 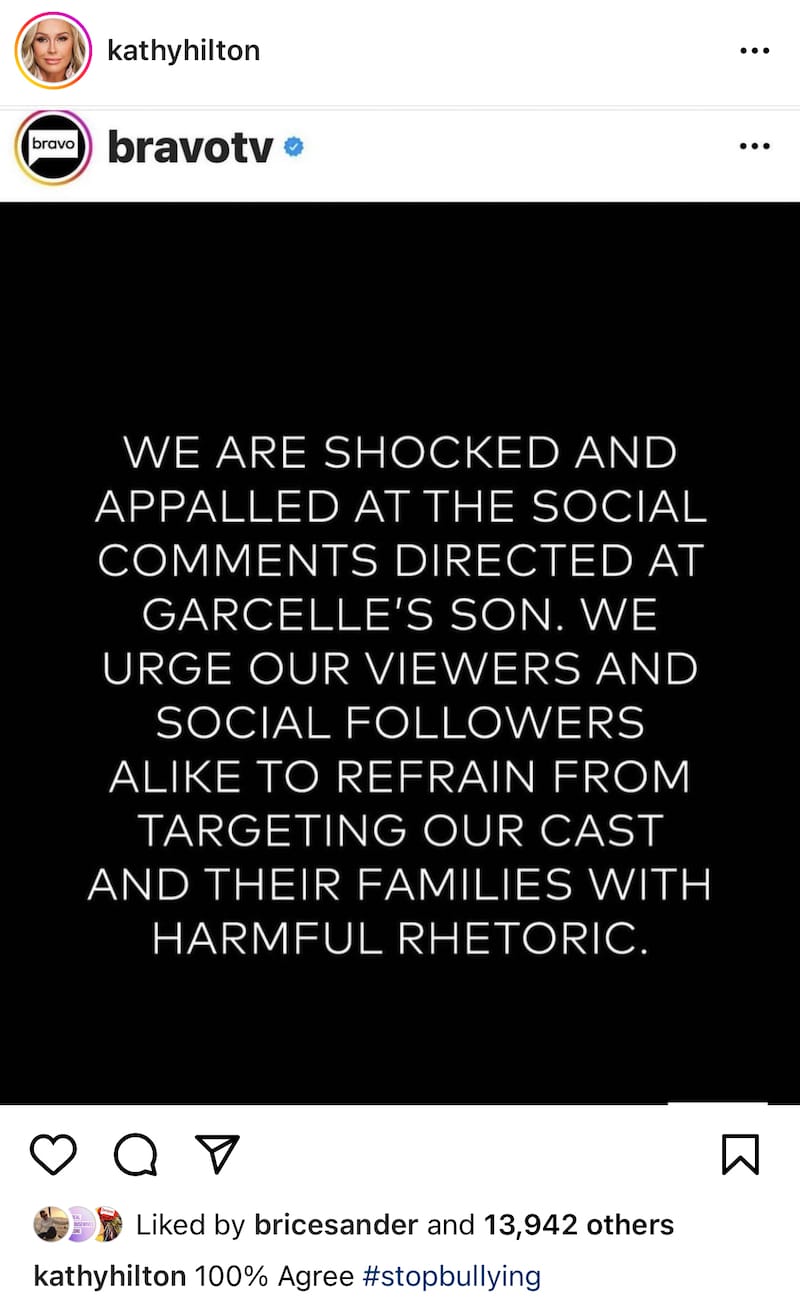 Teresa Giudice, of The Real Housewives of New Jersey, shared a photo of an adult holding the hand of a child with a message of her own.

“I am heartbroken for [Garcelle Beauvais and] her family to endure hateful and disgusting messages,” she said. “I’m heartbroken for anyone who is on the receiving end of this hateful bullying. Stop this vile behavior, all we want is for our children to grow up in an accepting loving world, we all deserve that.” 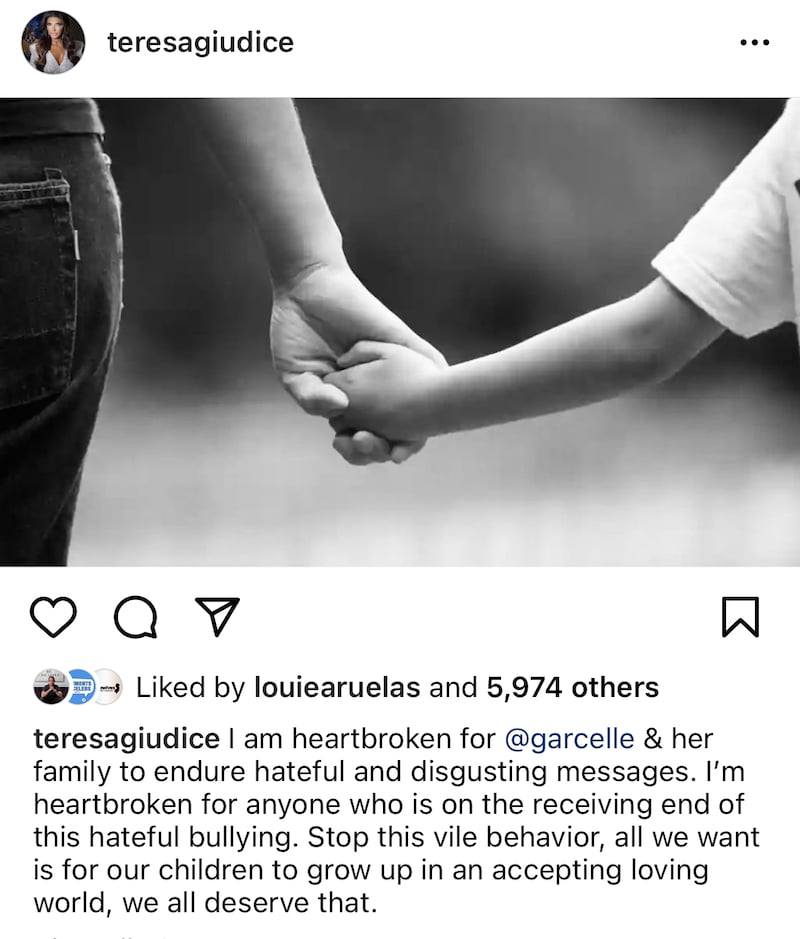 After Bravo’s statement was shared, Garcelle reacted with a comment of gratitude.

“Thank you for your support,” she wrote. 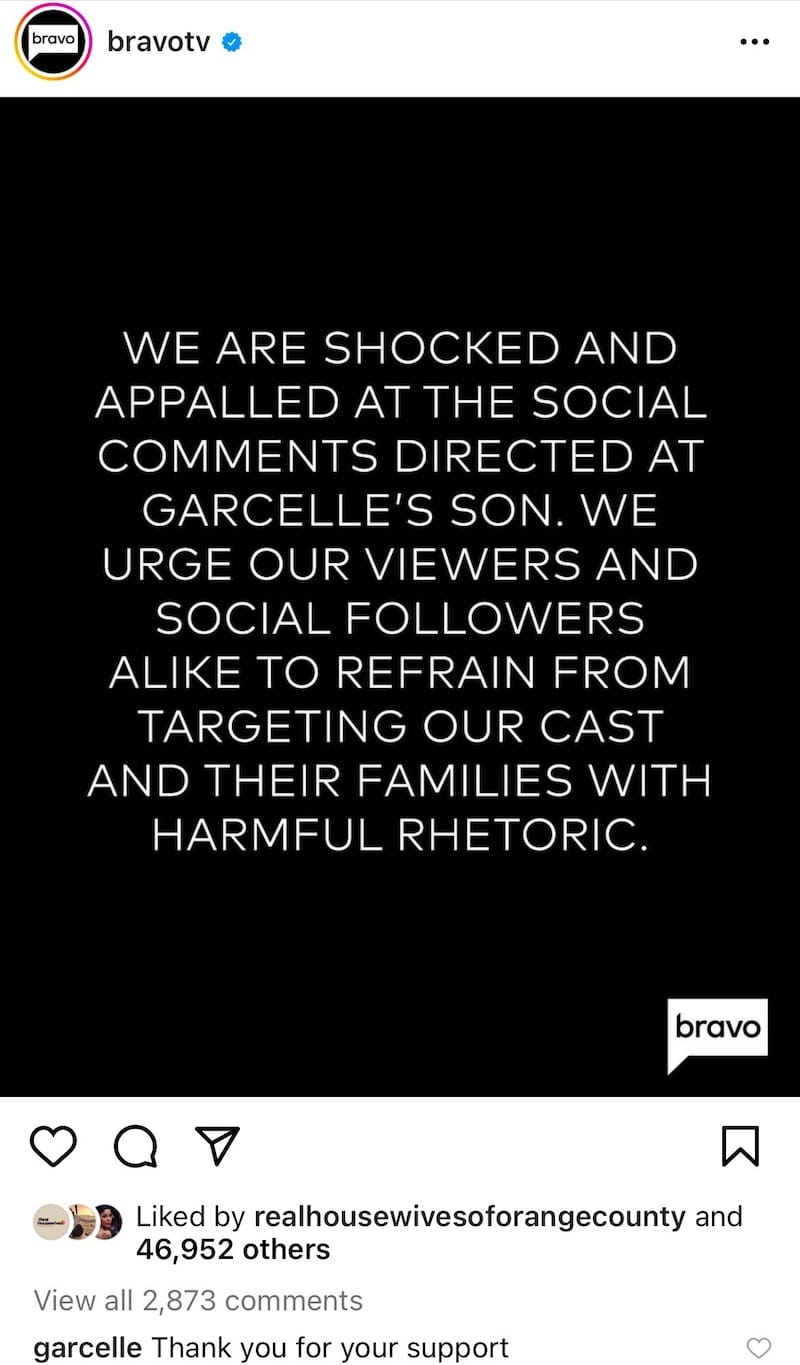