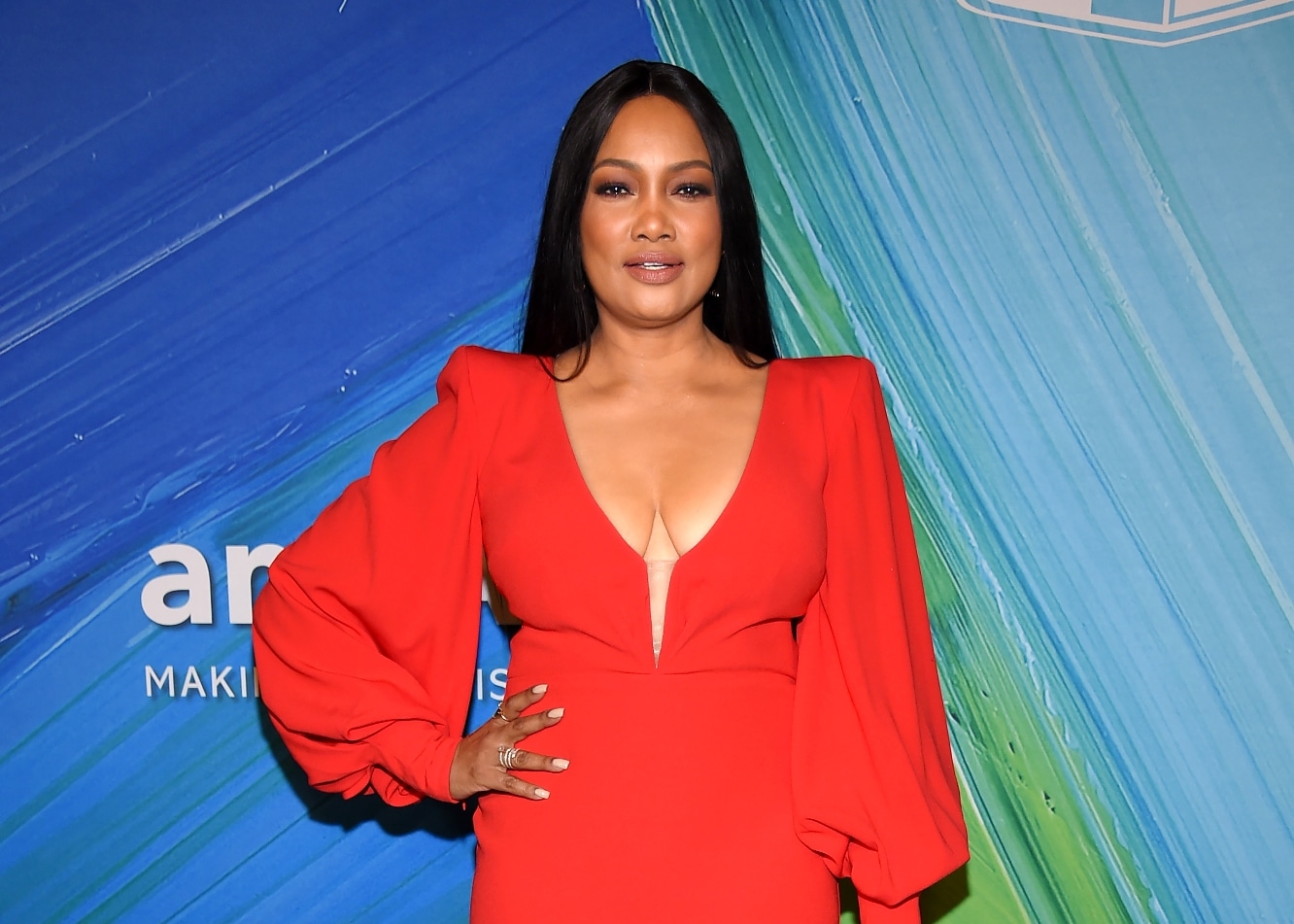 After her 14-year-old son, Jax Nilon, received despicable messages about older son Oliver Saunders‘ past addiction in reaction to her comments about Erika Jayne‘s heavy drinking on The Real Housewives of Beverly Hills, Garcelle posted a stern message to haters as co-star Lisa Rinna proclaimed, “Enough is enough.”

“I’m usually a very strong woman I’ve been raised to be strong my life has taught me to be strong but when it comes to my kids! It hurts it’s not OK I’ve been in tears all night it’s just a TV show people scream at your TV show throw something at your TV but leave our kids alone,” Garcelle demanded in an Instagram message on August 23. 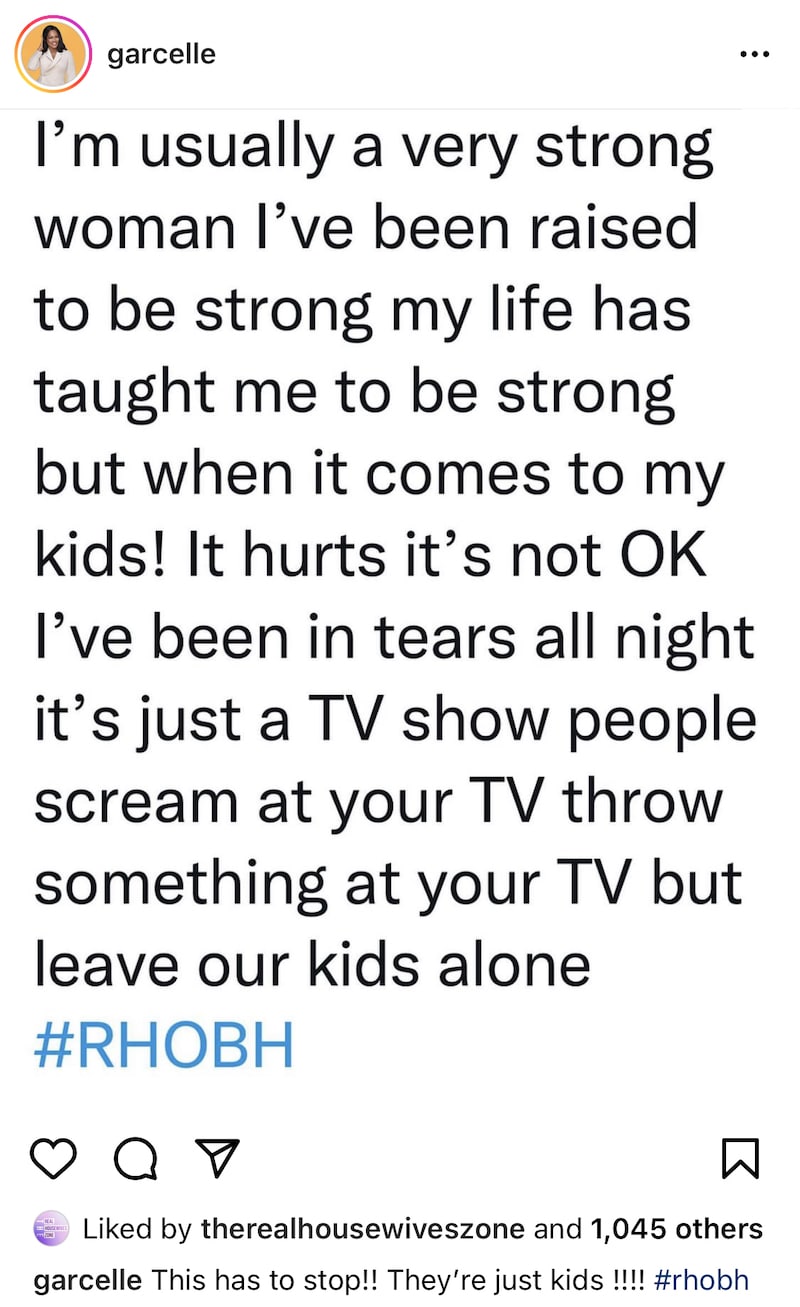 In a screenshot shared by The Real Housewives Zone on Instagram, Jax was seen telling trolls, “I’m a f-cking 14-year-old leave me alone please,” after being hounded with hate-filled comments, most of which mentioned Oliver.

“YOUR MOM CALLING ERIKA ALCOHOLIC WHEN YOUR OLDER BROTHER WAS A DRUG ADDICT. POT CALLING KETTLE BLACK,” one person said.

“If Oliver gets back to using drugs, will Garcelle feel guilty for calling Erika alcoholic and making her look bad?” asked another.

And if those weren’t bad enough, another hater took aim at Garcelle’s treatment of Diana Jenkins, writing, “Can you please stop critiquing and belittling Diana with her grammar, your whole family are immigrants.” 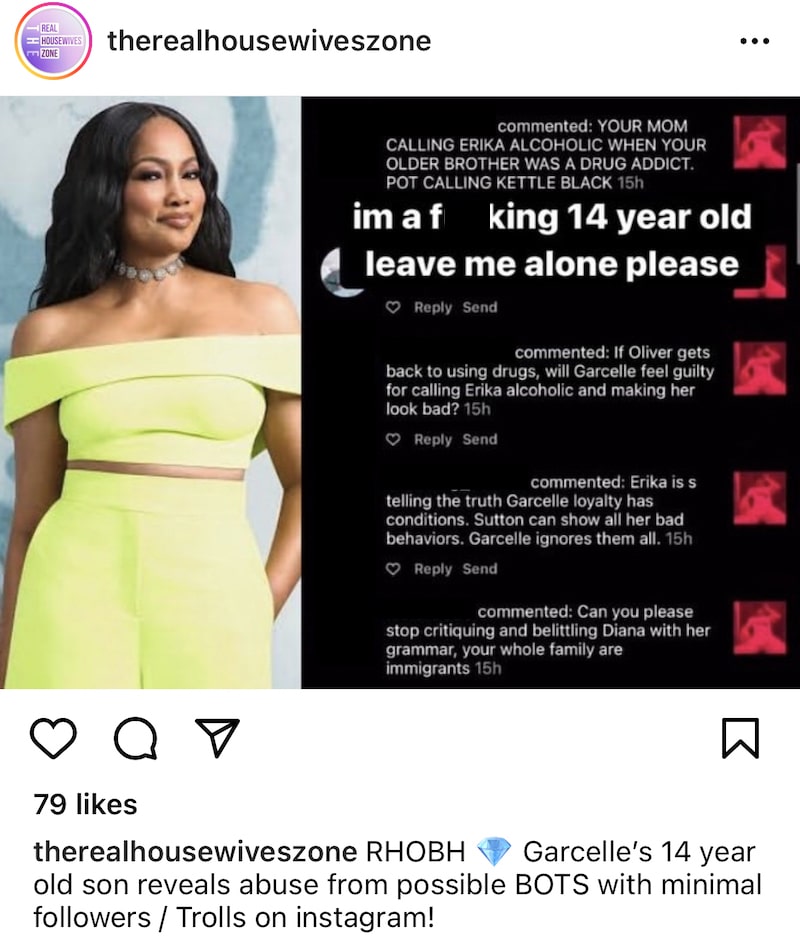 Amid the drama, Lisa took to her Instagram Story, where she too had a blunt message for RHOBH viewers.

“We are doing a TV show. We try to entertain you- why can’t you treat it like wrestling for God’s sakes love us- love to hate us … But leave the kids alone! What I was just sent about [Garcelle Beauvais’] son is disgusting and unacceptable what I heard happen to [Kyle Richards‘ daughter Portia] is disgusting and unacceptable what you’ve said and done to my own kids is disgusting. The threats to [Erika Jayne’s] son!?!! And I’m sure all of the other beautiful children. They didn’t sign up for this,” she wrote.

“What are you doing?! The kids- all of our kids should be off limits so stop it now. Enough is enough,” she added. 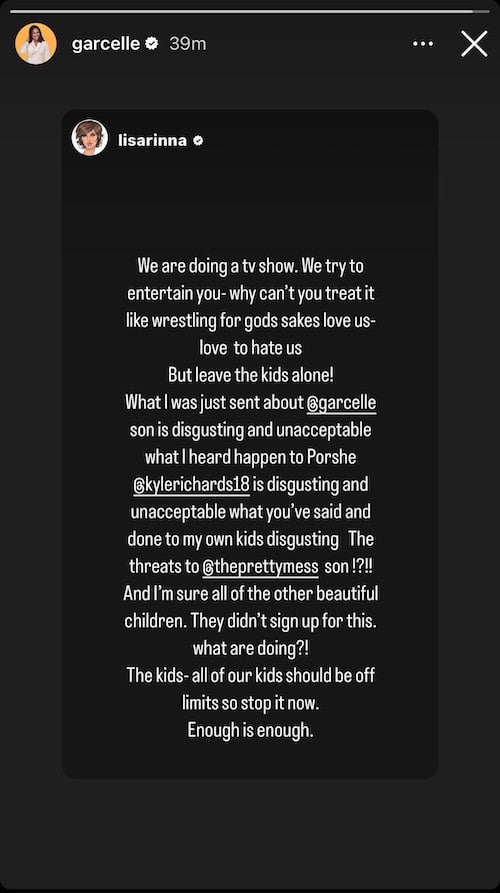