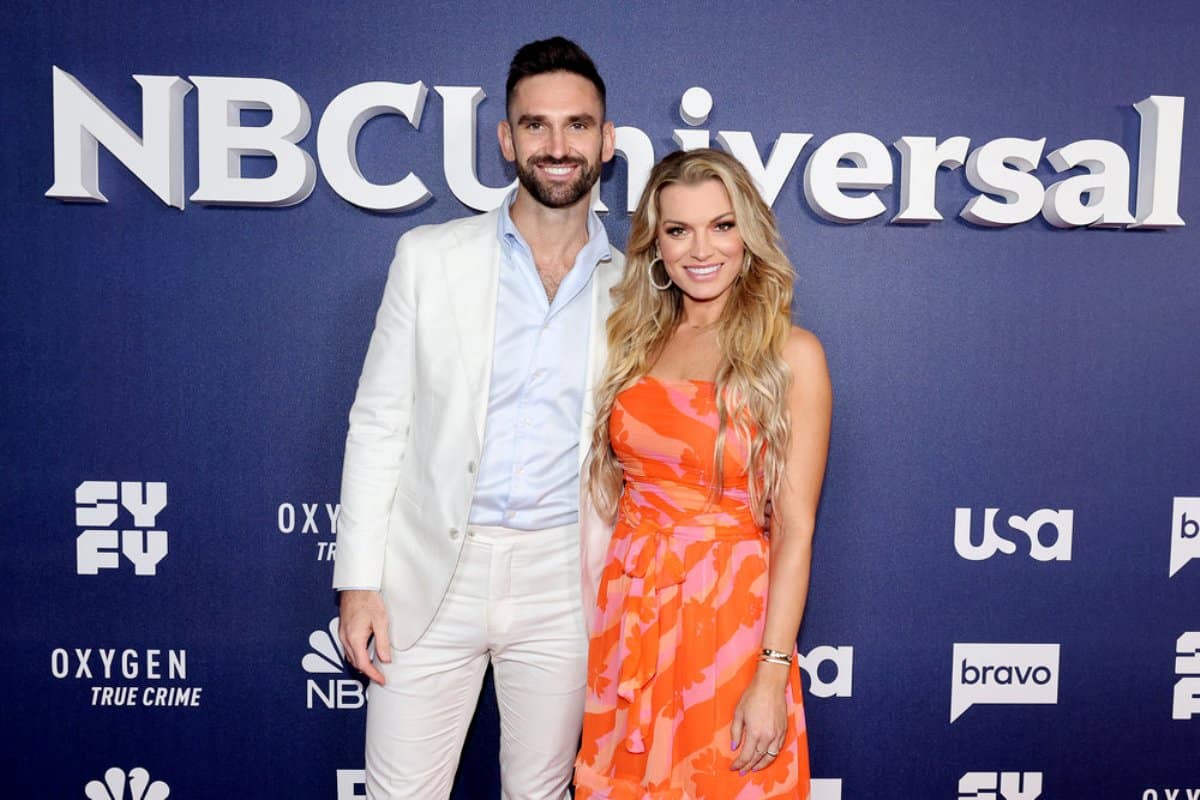 Lindsay Hubbard and Carl Radke are officially engaged. The Summer House co-stars, who went public with their relationship in January of this year, recently moved in together.

The castmates were best friends for several years and attempted a romance in the past, but Carl was seemingly afraid of committing.

According to an exclusive interview with PEOPLE, Carl popped the question on Saturday at Southhampton’s Dune Beach. The moment was filmed by Bravo for the current season of Summer House.

“I was so surprised, I’m still in shock!” said Lindsay. Carl expressed, “It was quite the whirlwind throwing off Lindsay. She’s a tough one to catch off guard!”

On the special day, Carl pretended that he and Lindsay were going to a group bonfire and needed to be early to set up the firewood. On their arrival, Lindsay found a romantic picnic for two. “I got there and was like, ‘Umm, I’m starting to think we’re not having a bonfire,'” said Lindsay.

On the way to the beach, Carl had messages written out, including “7 years” — referencing how long they’ve known each other — and “Best Friends.” Carl also wrote lyrics to “Rumor” by Lee Brice and “Can’t Fight This Feeling” by REO Speedwagon, which have significant meanings for the pair.

“As we got there, I told her, ‘We haven’t had time to have alone time this summer, and I wanted to do something special,'” said Carl. “And I had the ring in a beach bag that she was carrying that I snuck in there. And she turned her back, and I figured, ‘This is my chance’ and I grabbed the ring, got down on one knee, and I turned her around and told her I wanted to spend the rest of my life with her, how happy I was, and that our love story was just beginning.”

The ring itself was a sparkling Nicole Rose, 3.5 carats, with half-moon diamonds at the side. Including the half moons, the ring is 4.02 carats total.

“This is the most incredible thing I have ever laid eyes on, except Carl,” said Paige. “I don’t think I slept at all last night, I think I just stared at this ring. It’s gorgeous. He really crushed it, it could not have been more perfect.”

“I like to think that I’m pretty good at knowing what Lindsay likes, but I did have some help from Nicole Rose, who is an incredible jeweler and good friend of Lindsay’s,” Carl added. “I had picked up on a couple of things Lindsay liked and Nicole helped me narrow it down to a few stones, sent me design ideas, and created this beautiful ring.”

“I’m really happy with how it turned out,” Carl continued. “She means everything to me, and I wanted it to be something that was reflective of my love for her and how excited I am to take the next step.”

“It’s a whole lot of love,” Lindsay shared. “It’s very clear, if you look at this finger, that this man loves me so much.”

After the proposal, Lindsay and Carl went to Dockers Waterside Marina & Restaurant to celebrate the engagement with their family and friends, which included Lindsay’s father and stepmother, who traveled from Florida.

“That’s when it all became real to me,” Lindsay explained. “Until that point, I was like, ‘Is this happening right now?’ But when I saw my parents and some of my best friends who don’t even live in New York who had flown in, I knew it wasn’t just a dream. And I just lost it. I lost it. I started hysterically crying.”

“She kept saying, ‘Should I call my parents?’ — not knowing that they were also waiting for her. And I was like, ‘The service is spotty here, let’s just wait until we get to Dockers,’ knowing the next level of the surprise.”

Their co-stars, including Danielle Olivera, Kyle Cooke, Mya Allen, and Paige DeSorbo, were also in attendance. “They were all surprised too because the entire house didn’t know it was happening — they also thought they were going to a bonfire,” said Lindsay. “Amanda [Batula] even missed it because she was back in New York City, taking care of her dogs who just got spayed. But Kyle FaceTimed her, and we got to say hello.”

“We’re going to do another engagement party in New York in a few weeks,” added Carl, explaining that the second event will include his mother and other friends who weren’t able to attend the first celebration. “I tried to get [Summer House alum] Luke Gulbranson out last night, but he was in Minnesota. But Andrea Salerno and his girlfriend Lexi happened to be in town, so they got to be there, which was really cool.”

According to the fiancés, their wedding and baby plans are still open.

“I am very much of the mindset of, whichever way the universe wants to go with our timeline, I’ll follow,” said Lindsay. “I threw my own timelines out the door, they do not exist. Whether a wedding or marriage comes first or a baby, it doesn’t matter. This is my life partner; we want all the same things together.”