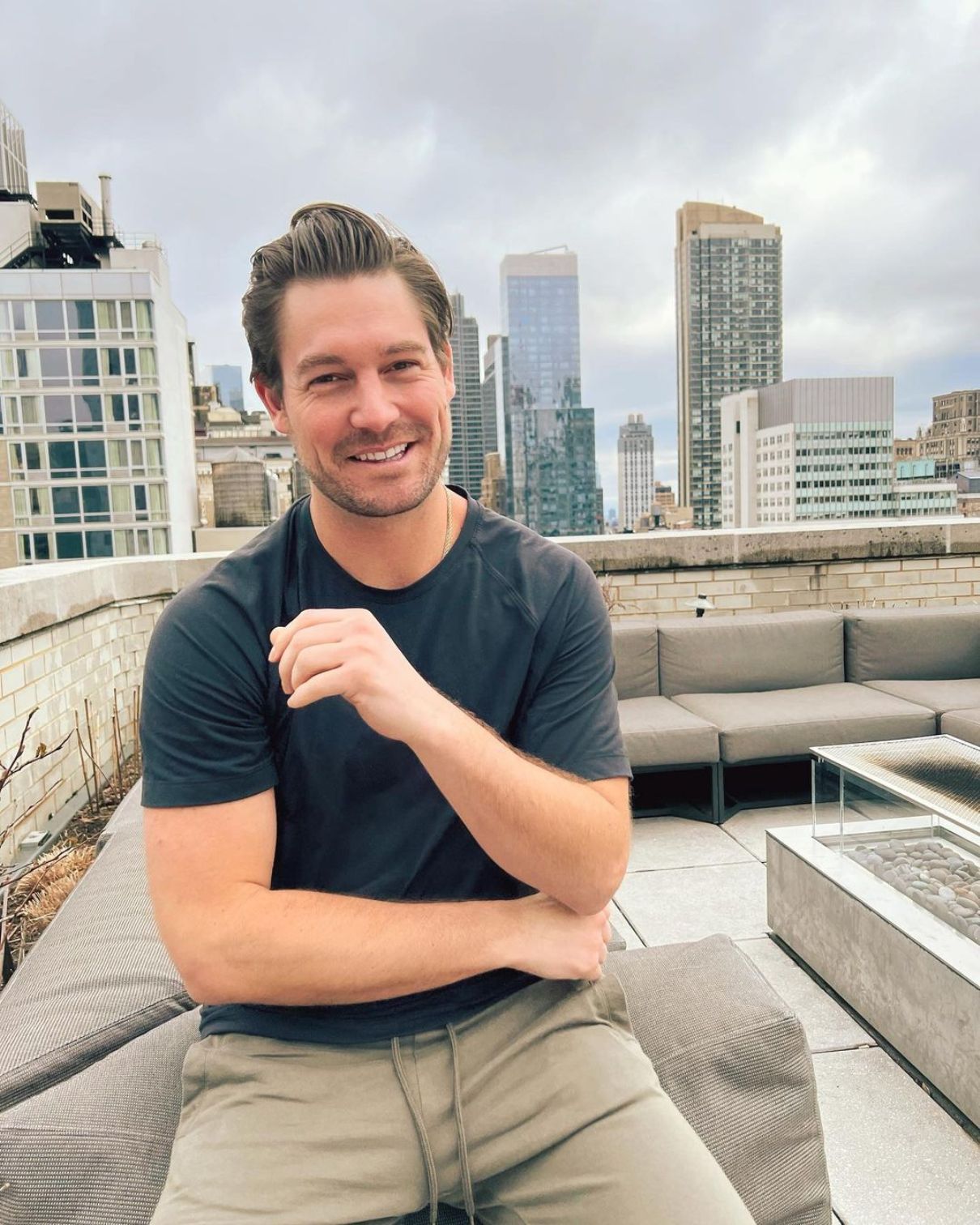 Of all the surprising hookups on Bravo’s Southern Charm, Naomie Olindo’s make-out session with Whitney Sudler-Smith is perhaps a top contender.

During an awkward episode, Naomie’s ex Craig Conover learned of the kiss. His reaction verged on rage – though he repeatedly stated that he wasn’t mad at Naomie.

In an interview with ET, Craig opened up about his response to the hookup. He felt that Naomie and Whitney’s encounter was “weird.”

“I was very surprised by each of them,” said Craig. “I just didn’t see Naomie, this person that dated me — it was a while ago, but still — ever being with Whitney in that way, because whenever we were together, she had an opinion about Whitney. And there’s significant age gap. It’s just bizarre.”

He added, “Basically, I felt like I was in the circus, or the house of horrors, where I was just like, things can’t get more crazy than this… There had been rumors around town, obviously, because Charleston’s not that big… They had been spotted having coffee in the morning, and a couple times near her house.”

Craig went on, “When Austen told me, I couldn’t stop laughing… And [Whitney and Naomie] basically told me, I needed to get serious about it, and I was excited for everyone. I thought it was going to be great for the show.”

According to Craig, his negative reaction was triggered by Whitney’s failure to be honest.

“The reactions weren’t based on a make out,” he insisted. “But I hope to God and you get to see that [in upcoming episodes], because I think some more information comes out next week, which should be pretty funny.”

“I think you’ll get to see this develop — hopefully — because they filmed a lot together,” he continued, “and I think it’s fantastic.”

The Naomie/Whitney ‘circus’ was just one of the issues that emerged on the cast trip. Another sideshow was his disagreement with Shep Rose, who suggested Craig was distancing himself from his buddies (i.e., Shep and Austen).

“I’m only where I’m at today because I had to cut some negativity out of my life, and people that weren’t pushing me forward,” said Craig, “and that’s OK. Daymond John, I talked to him one time and he said, ‘If friends are pulling you down, then you don’t owe them anything,’ and there was a time that Shep was pulling me down and I wanted to go in a different direction. And that direction was fine for him, it just wasn’t for me.”

“I just started to do more stuff, and my time wasn’t spent with Shep anymore,” the 33-year-old shared. “And then Austen [Kroll] went down a weird path last summer. I think he disappointed himself, he disappointed me, and I had some serious issues with trusting him. So I just needed to take a step back and find positivity.”

Craig was alluding to Austen’s drama on Summer House, where the 35-year-old formed an awkward love triangle with Ciara Miller and Lindsay Hubbard, which resulted in chaos.

“Austen’s a sweet guy, he just does dumb stuff sometimes,” said Craig. “His intent is usually in the right place, but he just shoots himself in the foot. But he’s doing way better than he was. Well, yeah… I mean, he’s in a much better place. How the heck can anyone explain an Austen? I love him to death, but I never know why he does half the stuff he does.”

“When we [all] started to hang out again …. there was some unfinished business,” Craig explained. “So Shep and I, if we ever try to talk about anything real or our past, we’re going to butt heads because the only reason we get along now is we’ve accepted that we don’t agree on anything.”

“I mean, I’m not going to call you out if you don’t bring it up, and I’m fine with how I feel you’ve treated me in the past,” Craig went on, “but the second he tried to take credit for where I’m at in life now, or Sewing Down South, is where I drew the line. I was like, ‘No, I’m not going to sit here and listen to that stuff. In my opinion, you tried to tear me down for a long time.'”

Despite everything, Craig added that “we really do love each other.”

“The boys are good, and we do a great job of bouncing back,” he shared. “Like I said, Shep and I just need to agree to disagree and we’re good. But he was also in a tough– I think on that trip is when him and [girlfriend Taylor Ann Green‘s] issues kind of started to really break out of the privacy of their own home, and there was a lot of stress and pressure happening there.”

Although the season eight preview hinted at the downfall of Taylor and Shep’s relationship, Craig was surprised to learn of the recent breakup.

“Taylor loves Shep for Shep, which who knew we were ever going to find someone that really loved him for who he was, or who he is?” said Craig. “I didn’t think that the breakup would get this serious. I was pretty certain that they would make up. But it appears to be a little more real of a breakup than I saw coming. So it’s a little strange.”

Craig also addressed the post-breakup relationship of Austen and Madison LeCroy. The hairstylist has continually poked fun at her ex both in the show and in the press.

“I know that Madison likes to mess with him,” shared Craig, “but I think we’re past the leading on and him liking her. That’s been gone for a while now. Now it’s more of just like, I know I can flick you and piss you off, and that’s what I’m going to do, because it makes me laugh.”

Before the season eight premiere, Craig and Madison shocked fans as they revealed their renewed friendship (after he screamed at her in the season seven reunion and suggested they’d never be friends again).

“I mean, I don’t think [Austen] likes it, but Madison and I have been friends for a long time,” said Craig, “and her and I’s dispute was over someone that I was dating at the time. So once that person was removed, Madison and I were able to be buddies again.”

“I mean, to speak frankly, it’s not why we’re friends, but I’d much rather be allies with Madison than enemies,” he explained. “I mean, I don’t need to ever do what I did last year again.”

As Craig prepares for the upcoming reunion, the Sewing Down South businessman revealed his thoughts.

“I think unlike last year, where I had some business to discuss with other people, some stuff to get over off my shoulders, I think I will be on the receiving end of that this year,” he said. “I’m good with everyone. If I saw anyone on the cast right now or in our friend group, I would give them a hug, but I don’t think that’s how everyone else feels. So we will find out when you guys do.”

Craig is also preparing for his one-year anniversary with girlfriend Paige DeSorbo, who is a main cast member on Summer House.

“I think I’ve only had one one-year [anniversary] in my life, and I forgot it because I was young and stupid,” he shared. “So this is my first, official one-year anniversary, and I’m going to try to do something special. I think that would be nice. But yeah, we were just talking about it last night, because we were like, what’s the protocol? And I kind of played dumb and I was like, I don’t know, what are you supposed to do?”

Craig suggested that we shouldn’t expect a proposal yet.

“I think that’s going to be around a year and a half to two years,” he said, “but you’ll get to see a little bit of that on Summer House this year. That’s what’s funny though, with TV and with social media, it seems a lot longer than it’s been. It’s about to be a year — which is great! — but there’s still some progression and growing, and we still live in different cities. So I think there’s still more to watch to see us figure out our future.”