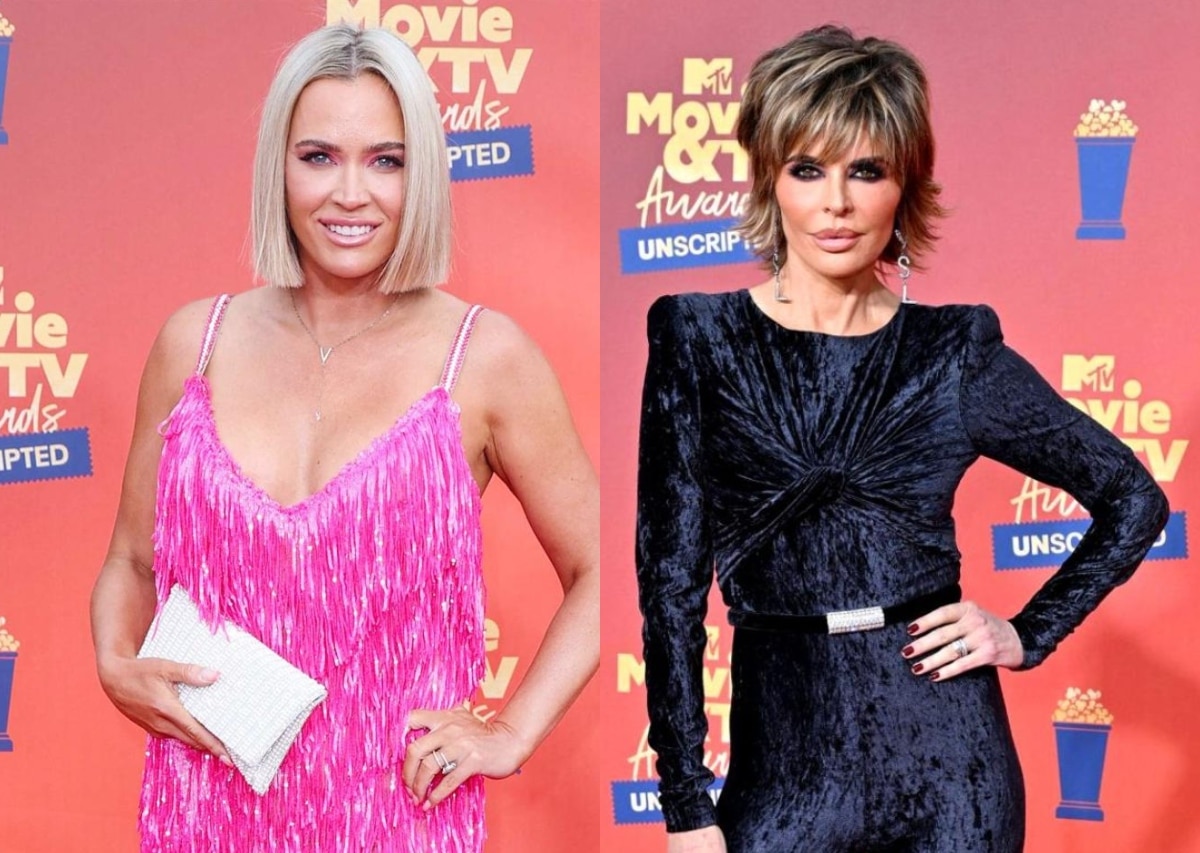 At a charity event from hell, Lisa Rinna screamed at Sutton Stracke as the entire crowd watched. The argument was so heated, in fact, that the host (Dorit Kemsley) was forced to interrupt to introduce a surprise musical guest.

In a strange transition, the Real Housewives of Beverly Hills cast went from screaming to crying with joy as Melissa Etheridge began strumming her guitar. When the singer was finished, Lisa told the group that her mom’s passing was the reason she lashed out.

On her Two Ts In A Pod podcast, Teddi Mellencamp – a former castmate on the show – addressed Lisa’s controversial reaction.

She first expressed sympathy for the 59-year-old, whose mother passed away after having a stroke.

“I haven’t had anyone immediate pass away either but back at the beginning of my and [my husband] Edwin’s relationship when I first started having kids, when we were having issues, I took it out on everyone as well and myself, and beat myself up and had big emotions over things that had absolutely nothing to do,” said Teddi, via Heavy.

“I don’t think us saying we empathize with Rinna is us saying that we think what she did was right. But I also don’t understand why none of the other women were like ‘Rinna, enough! Obviously you’re going through something right now, let’s go,’” said Teddi.

Then, Teddi shared her theory that Lisa was hurt because castmates hadn’t “reached out” after her mother’s passing.

“I think also the problem is she has additional resentment that none of these women reached out to her about her – like all you are seeing is what’s happening on camera, there’s like no extra ‘how are you doing since your mom,’ I think that’s also what she’s pissed about. And it’s just coming out in really jacked up ways,” Teddi explained.

In a past episode of the podcast, Teddi contrasted Rinna with Lisa Vanderpump, who lost her brother in 2018 (and was accused of orchestrating an attack on one of her co-stars).