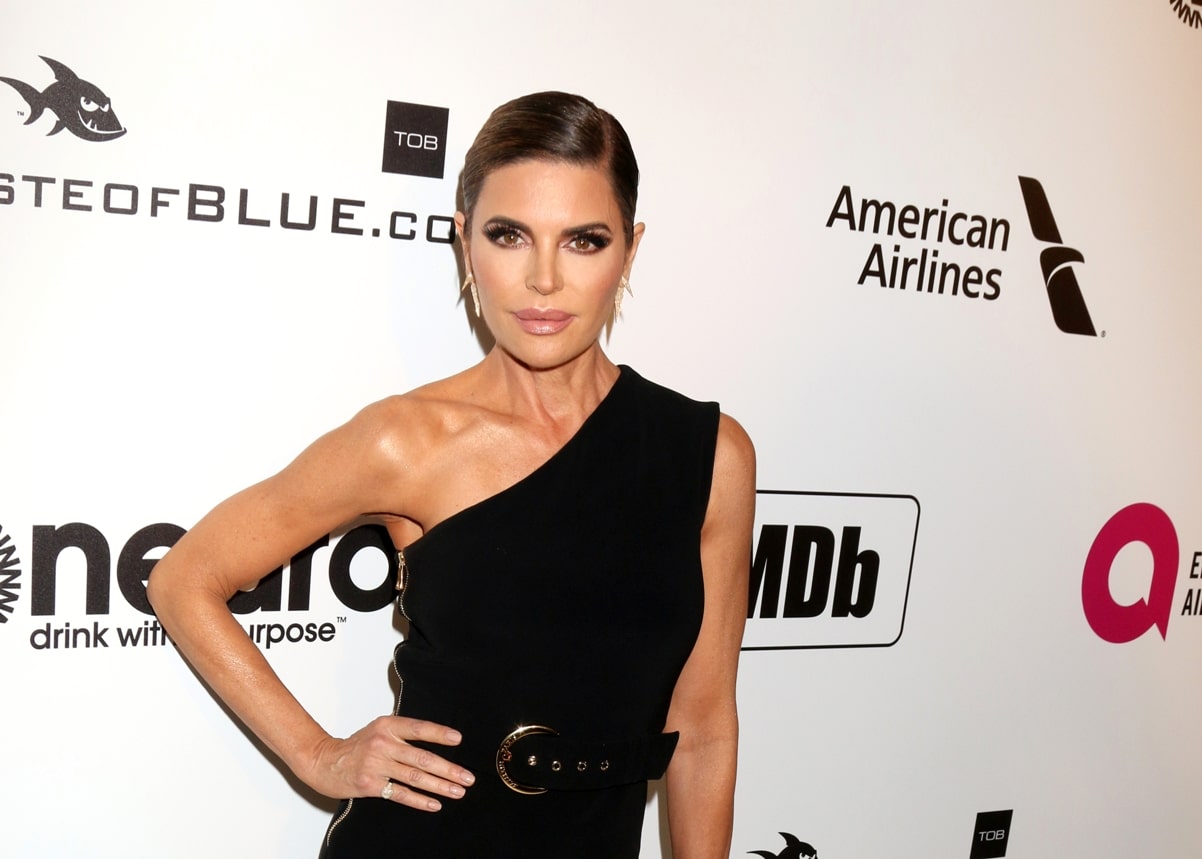 Lisa Rinna is clapping back at the backlash she’s received from the Real Housewives of Beverly Hills fans in regard to her recent behavior on the show.

Before she and Erika Jayne reacted to the high ratings of the latest episode, with Erika taking credit for the show’s success, Lisa wondered why viewers were “so upset” about her antics, which include a screaming match with Sutton Stracke and a full-blown meltdown during a cast dinner.

“What are you all so mad about anyway? I called myself an a–hole in like my second season. I believed it was this – ‘I’m just an a–hole with iconic hair and big lips,'” Lisa wrote on her Instagram Story on August 18. 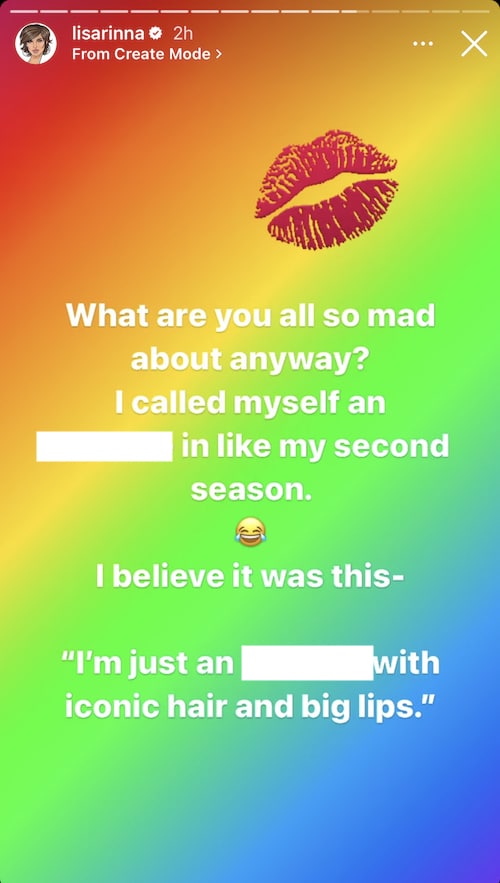 Then, in a second Story, Lisa showcased a cast photo taken amid Wednesday’s episode and accused the cast of hypocritical behavior in the caption, saying season 12 was the “the season of hypocrisy.” 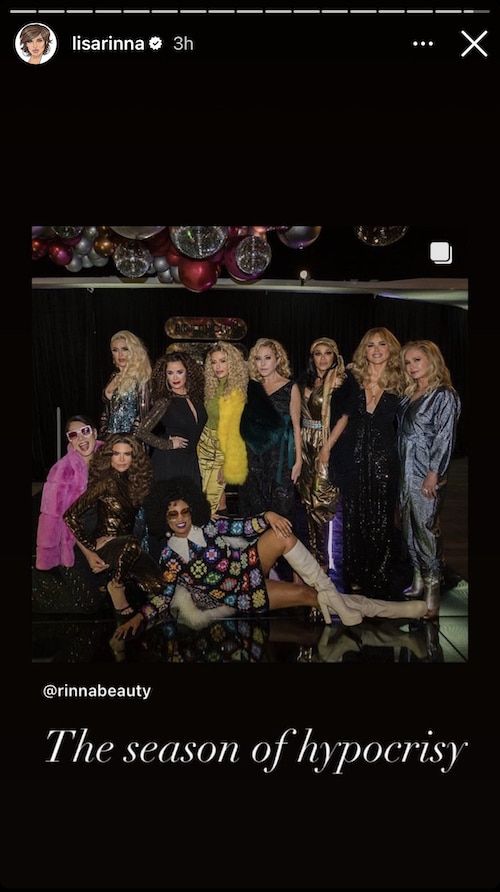 Over the past few weeks, Lisa has blamed her mean behavior on the show on the challenges she faced while coping with the death of her mother, Lois Rinna. And, in a third post shared on her Instagram Story, she reminded viewers that grieving publicly wasn’t easy.

“Say what you will blah blah blah… But you try grieving in PUBLIC,” she told her online audience. “PUBLIC NOT PRIVATE IN PUBLIC. The end.” 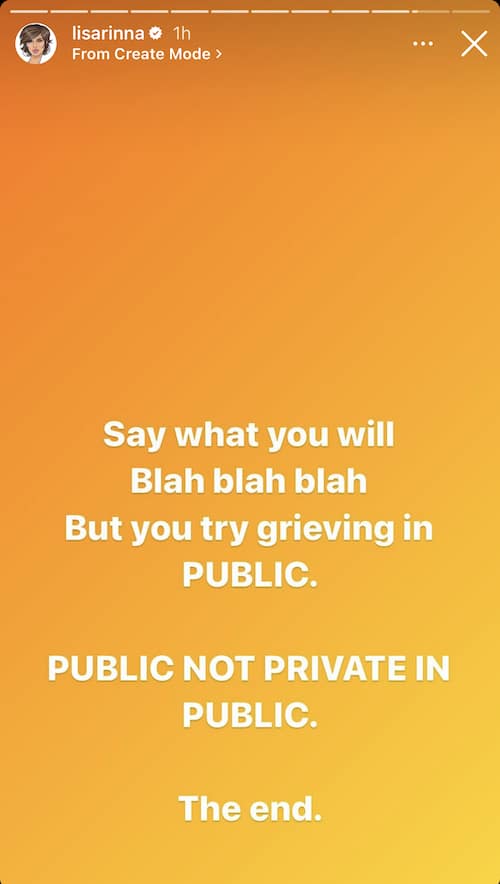 After stating her case, Lisa posted a more celebratory message, which included the latest ratings of RHOBH.

“Oh Number 1 SHOW in all of cable!” she declared, linking a TV Deets report on Instagram that revealed the August 17 episode of the show had gotten 1.05 million viewers with 0.30 of the key demographic, “making it the number one show on all of cable.” 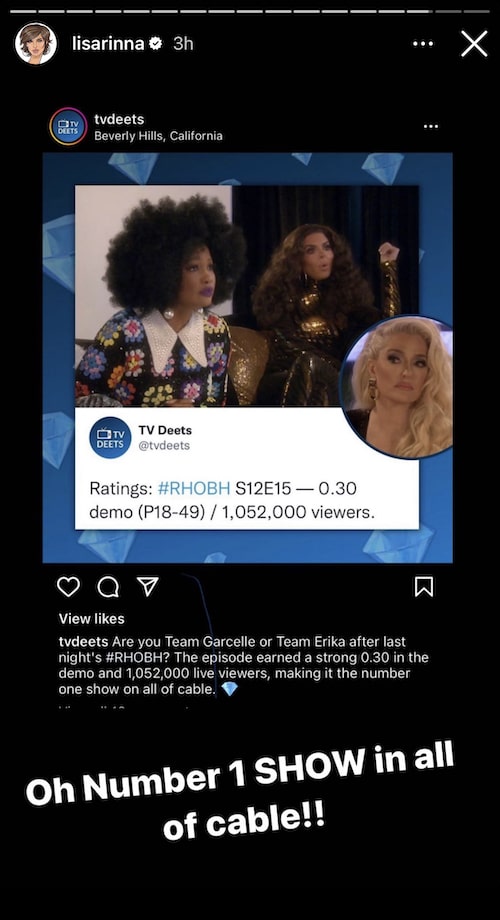 Erika reacted to the news of the high ratings on RHOBH as well, with her own post on Instagram. However, rather than express excitement, Erika took credit for the series’ milestone.

“You’re welcome,” she wrote in the caption of a Story, also including a blushing emoji. 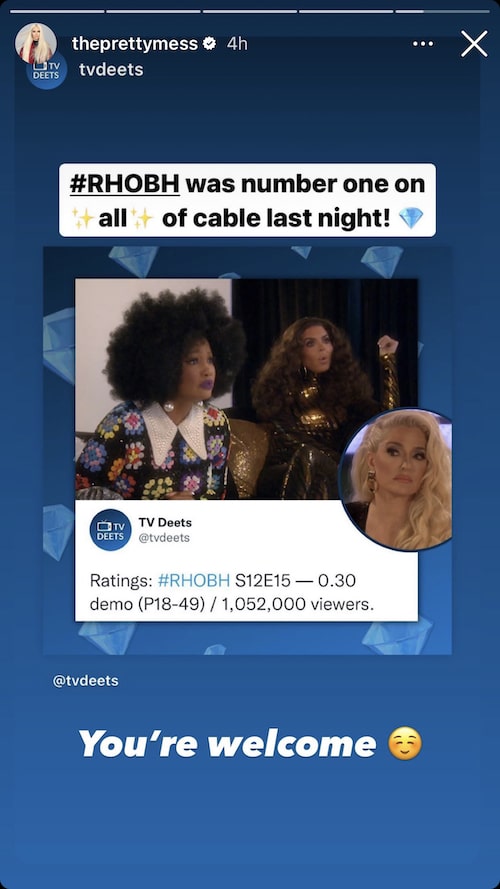