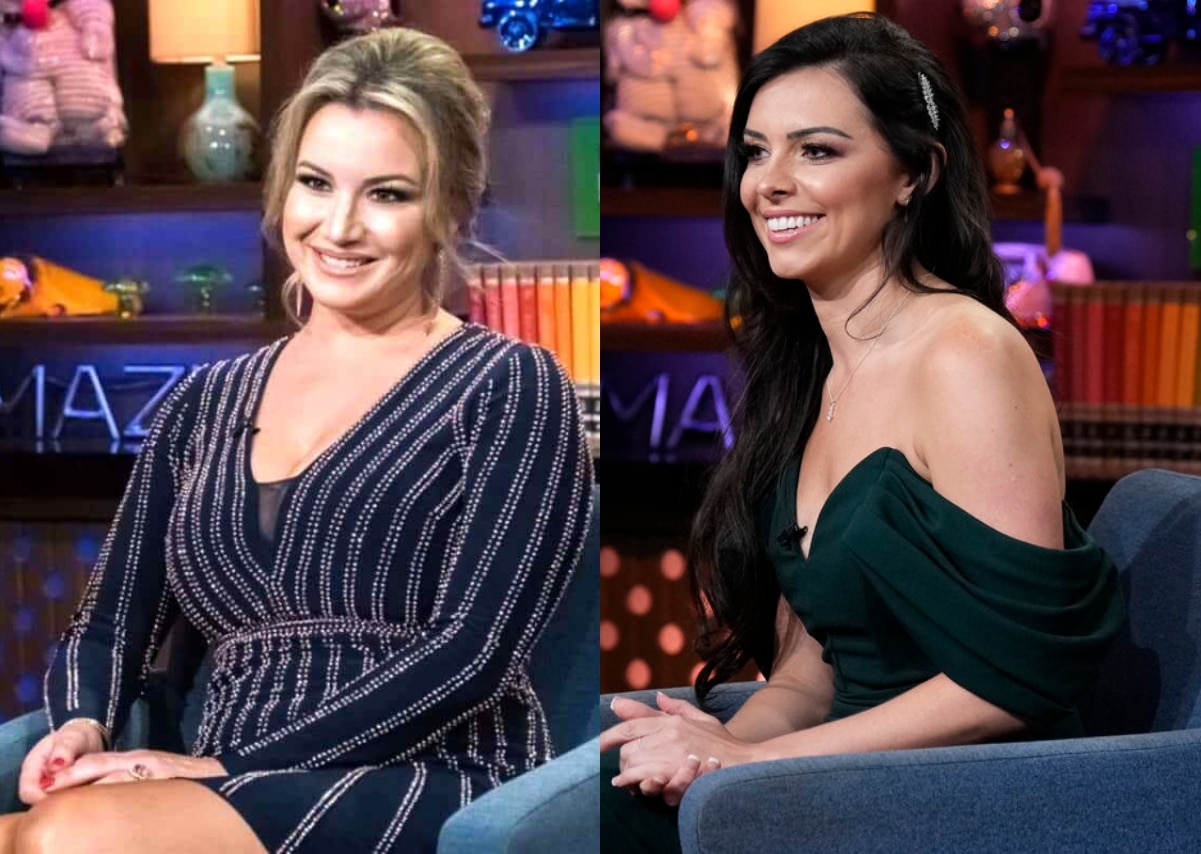 Natasha Webb, the newest chief stew on Below Deck Mediterranean, is a source of controversy regarding her affair with Chef Dave White (which occurred while she was still in a relationship with another man).

The drama kicked into high gear as Natasha broke it off with Dave and returned to her boyfriend who texted incessantly throughout the season. Outside the show, castmates have since hinted that Natasha and Dave’s drama was a major disruption.

In an interview with Showbiz Cheat Sheet, former chief stew Hannah Ferrier explained why Natasha may be a one-season stew.

“It’s really hard because obviously, they’ve changed the chief stew every season since I left,” said Hannah. “And I feel like it’s such an important role on Below Deck to fill. Because you want somebody who is good at their job, but then at the end of the day, we kind of go like, ‘Oh it’s yachting.’ It’s still a reality show. So you want someone who’s funny, who’s quick. Who is not afraid to take people on. Not afraid to school their stews.”

“I’m hoping they find one of those soon,” the star continued. “Because the one that’s on there now doesn’t seem like … Like she could be very good at her job, but doesn’t sound like interesting television.”

Hannah added, “I don’t actually watch it! I just listen to the recaps.” She explained that her podcast co-host, Ronnie Karam, believes Natasha is boring. “So I think she’s boring.”

Though she’s not a fan of Natasha, Hannah believes the season six chief stew Katie Flood was “lovely.”

Regarding the current season, Hannah went on to say, “I know that there’s a Natalya [Scudder] and a Natasha, but I don’t know which one’s which.” The alum was shocked by their physical similarities.

“I was like, they’ve just posted a photo of the same person!” exclaimed Hannah. “And then I read it and was like no that’s two different people. Even in casting, like didn’t you guys think that this might be a little difficult?”