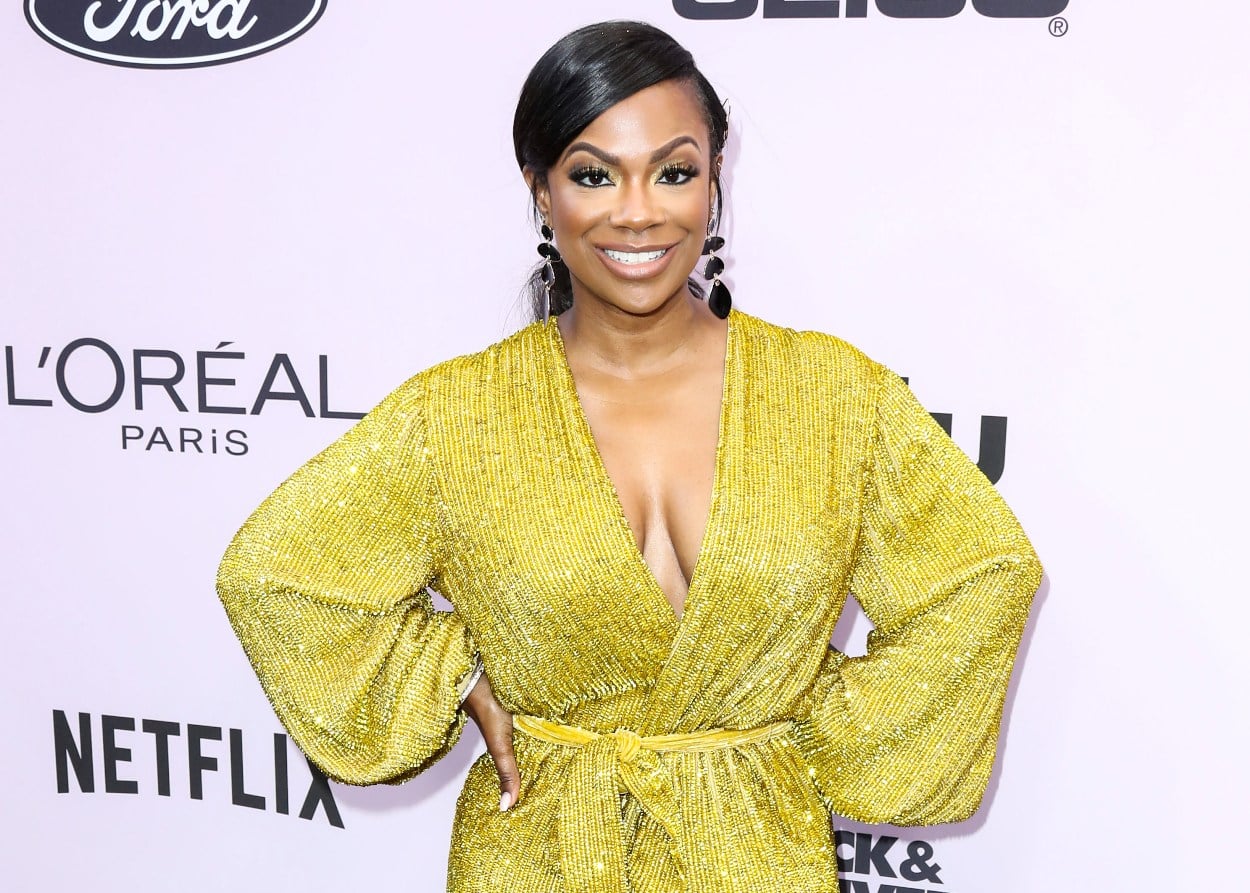 Kandi Burruss recycled her Real Housewives of Atlanta season nine reunion look for an appearance on Sunday night’s episode of Watch What Happens Live. And as she did, she also debuted the results of an August 2021 plastic surgery procedure.

As she joined host Andy Cohen in the Bravo Clubhouse after the latest episode of the three-part season 14 reunion, Kandi took to her Instagram Story, where the series’ longest-running cast member shared a couple of before and after photos of herself after undergoing a breast reduction and lift.

“That breast reduction [and] lift got my boobies sitting right, now vs then!” Kandi wrote in the caption of her September 18 post, which featured an image from the 2017 taping of the RHOA season nine reunion and one from Sunday’s WWHL taping. 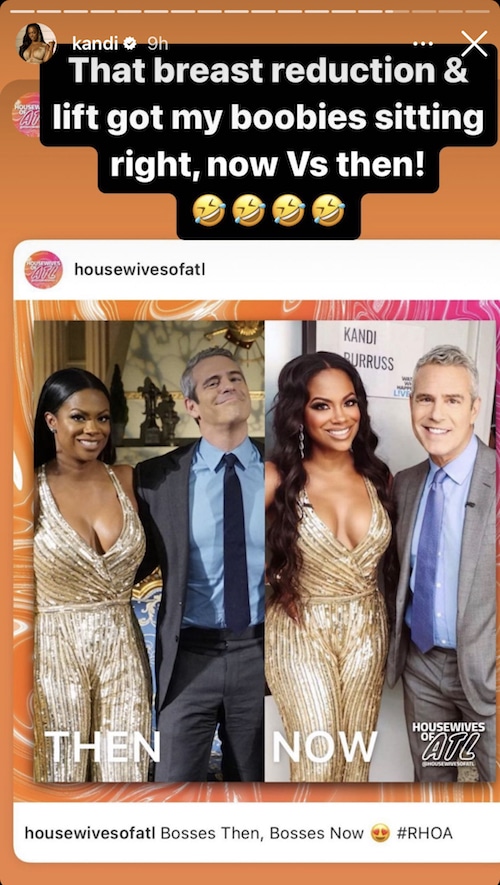 Kandi first discussed her surgery on her YouTube channel in August of last year.

In other RHOA news, Kandi recently participated in an Amazon Live broadcast, during which she confirmed her return for the series’ upcoming 15th season.

“Did you not see me back last season, season 14? And guess what, honey? You will see me back for season 15. Yes!” Kandi declared in a clip of the broadcast shared by Bravo Snark Side on Instagram on September 16. “We’re starting again soon. So get sick of me! You’re gonna be sick of me!”

The Real Housewives of Atlanta season 14 concludes with part three of the reunion special this Sunday night, September 25, at 8/7c on Bravo.