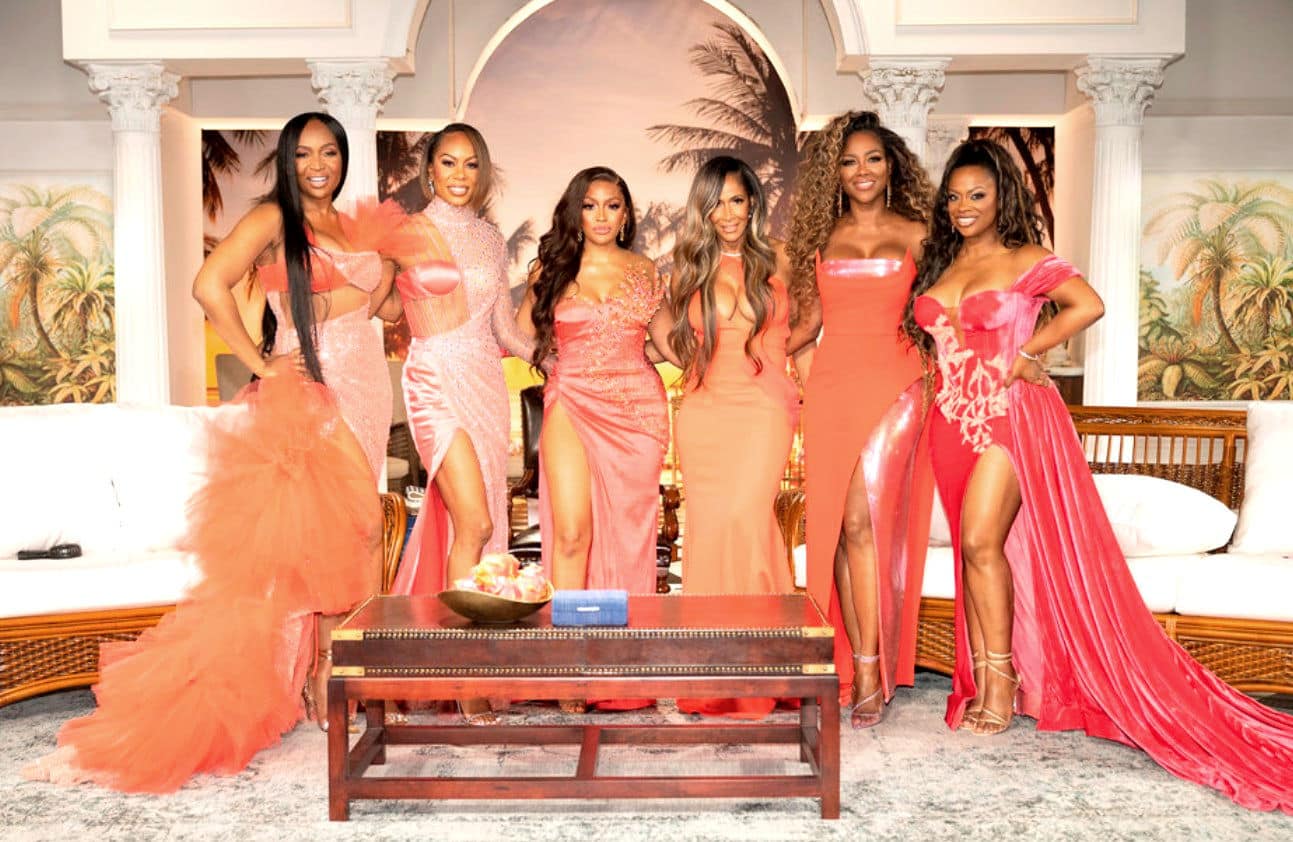 Bravo has just released the release the RHOA season 14 reunion trailer! Plus, while Sheree Whitfield may not have paid for her half of Kenya Moore and Marlo Hampton‘s joint birthday, the She by Sheree maven had good reason for stiffing the bill.

In the newly dropped RHOA trailer, the ladies go at it as they rehash this season’s drama. Plus, Kenya accuses Marlo of changing her name, claiming her real name is Layota Hutchinson. Check out the video below.

In more RHOA news, after Drew Sidora was seen presenting Sheree with an invoice for the event on the latest episode of The Real Housewives of Atlanta, Sheree explained why she didn’t feel it was her responsibility to cover half the costs of their co-stars’ party, which Drew threw together with the help of a professional planner.

“On the receipt, she had… I think it was $700 worth of balloons. Now mind you, these are things we did not discuss,” Sheree noted on the August 28 episode of the RHOA: After Show.

Not only did Sheree not approve of the purchase, but she also didn’t appreciate the vibe it gave off.

“It looked like we’re in Chuck E. Cheese. We’re having to swim through her house because you got [balloon] strings, like we’re toddlers. The only people that probably enjoyed those were her kids when we left,” she noted.

And Kenya agreed, saying, “Balloons are definitely for…”

According to Sheree, she would’ve preferred the added balloon budget to go toward something else, like a gift for the ladies, especially due to the fact that the party was held during the time she was attempting to put together her She by Sheree fashion show.

“We could’ve gotten them a great gift for $700. Then she had heaters. We’re inside your house, b-tch, are we paying for your gas bill? What’s going on?” she wondered. “I’m thinking it was gonna be something similar to what they did for me, I mean, three bottles of wine. I’m thinking something similar, a reasonable price, like, not $4,000. I mean, I love you b-tches, but I’m in the middle of planning a fashion show.”

Meanwhile, in her own segment of the RHOA: After Show, Drew admitted that she didn’t understand why it was “so challenging” for Sheree to pay her half.

Although Drew said she “went overboard” to make sure Sheree would pay by putting the invoice in her hands, her party planner never received a dime to put toward their co-stars’ event, leaving Drew to pay for her half herself.

“She still hadn’t received payment. So I, in an effort to keep my relationships and my name good in these streets, because I don’t have that reputation, nor do I want that reputation, I pay my people so yes, I paid my event planner,” she revealed. “So at this point, I told Sheree just pay me. Or send it to the event planner and she’ll give it to me. At this point, just give your portion because you said out of your mouth that you would split the party and pay your 50 percent. And I have yet to get a check or some cash in my account from Sheree.“

Even Marlo was shocked at Sheree’s non-payment, saying, “I can’t believe Sheree didn’t pay that lady.”