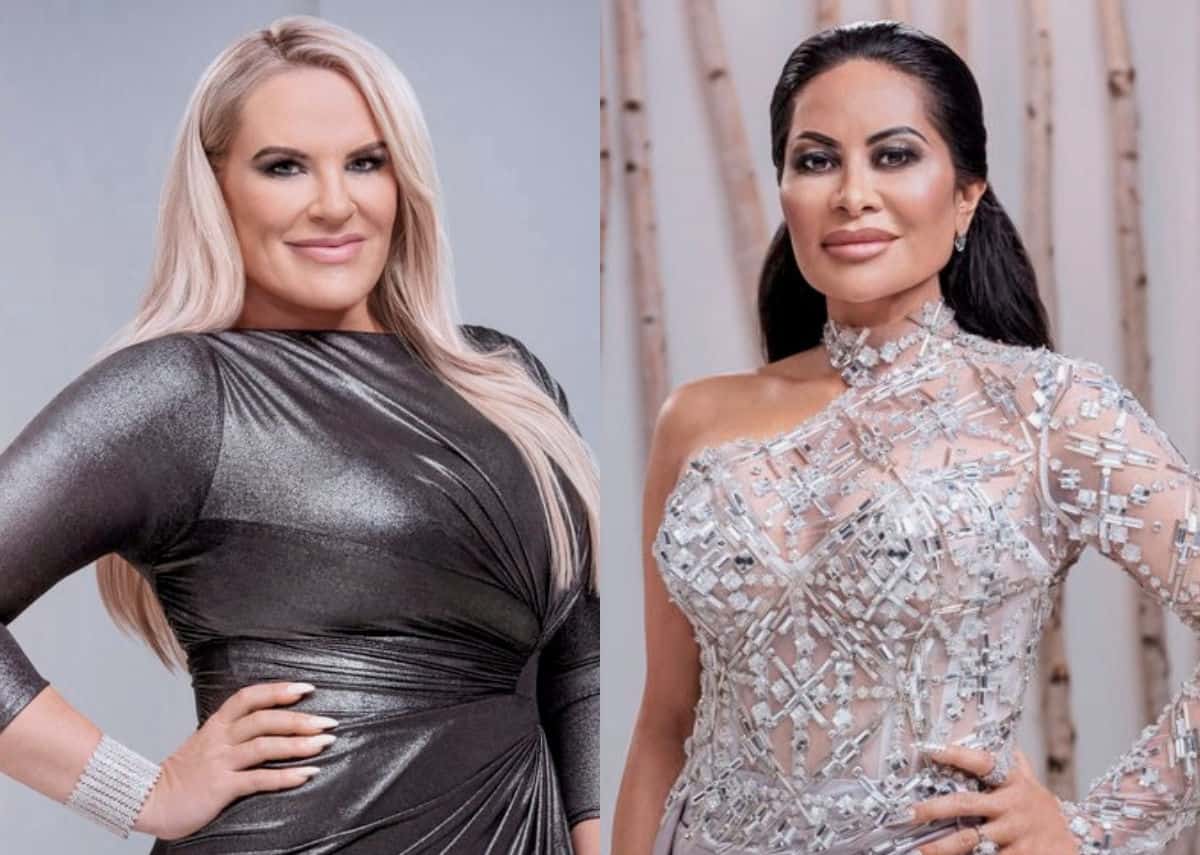 Longtime frenemies Heather Gay and Lisa Barlow always seem to be at odds on The Real Housewives of Salt Lake City despite their (frequent) attempts to form a bond.

Last season, one of their disagreements was the treatment of Jen Shah, who faced federal charges after being accused of fraud. At the time, Lisa seemed hesitant to support her while Heather opened her arms as a friend.

In an interview for Today, Heather shared her wish that season three would be “everything season two was without the SWAT team and the federal charges.”

In spite of the season two reunion, where she and Lisa went head-to-head, Heather said initially she was “hopeful” about their relationship moving forward.

Heather explained that she’s “always traumatized” after the reunions, and she “can’t even watch them.” Because of this, she still hasn’t viewed the reunion, though she confessed to going “really, really hard on [Lisa], and I always deeply regret it.”

She revealed that she and Lisa had dinner together following the reunion, and Lisa brought a bottle of her tequila to the Beauty Lab. At the time, Heather felt “really, really hopeful that Lisa and I could get to a great place where we really enjoy each other.”

“I thought there was an opening because she had just dropped that hot mic on Meredith [Marks]. I was like, if there’s a chance, if there’s a moment where at least she was going to need me, this is it. I saw my opportunity,” said the star.

Unfortunately, her optimism didn’t endure. “I can tease that nothing changes [about our relationship during season three],” she revealed.

The 40-year-old called Lisa “her foil,” and she joked, “She shows me that I am not an emotionally mature adult, that I have deep rooted insecurities, that I am easily triggered, and that I am easily threatened. How many human beings exist and can reveal all that?”

Heather also addressed her friendship with Whitney Rose after a season three trailer suggested a physical interaction between the stars.

Heather believed that her relationship with Whitney was “unbreakable and immovable,” and she added, “I have never betrayed her, I never will betray her, I will never not see the best in her and want to celebrate her.”

In a previous interview with Today, Whitney claimed her friendship with Heather “absolutely impacted” her ability to know Lisa, who is now (according to Whitney) her closest pal on RHOSLC.

What does Heather think of the costars’ BFF status? “How’d that happen? When did that become part of the palette that we were painting from?” she said. “I was shocked and surprised, and I’m still curious about it.”

Then, the star teased her new memoir, Bad Mormon, which was shown in the trailer. Heather explained, “I didn’t realize how deeply loyal I was to the faith I no longer believed in, and moreover, to my family and friends who still deeply believed. I was trying to figure out how to tell my story honestly, and also not betray everyone I love the most.”

She added, “Guess what happened? I couldn’t figure it out. So I betrayed everybody and wrote the book. As a result I’m really proud of it, and I stand behind every single word. I wouldn’t have taken the risk and challenged the relationships with the people I love most if it weren’t true.”

“My hope is that people can relate to [the challenge of] when you follow your authentic self and it betrays the people you love the most, what are you supposed to do?”

Throughout season two, Heather infamously supported the 48-year-old even as she was questioned by the rest of the group.

“That’s what a good friend does. Even if every cell in my body was like, ‘something’s not right,’” said Heather. “That’s not what you do when your friend is in trouble.”

Heather then addressed Mary M. Cosby, who exited the show before skipping its reunion. In Heather’s opinion, Mary was “really hard” on her, though Heather admitted, “I miss Mary, and I wish she showed up for the reunion.”

“We knew she didn’t give a s— about any of us,” Heather went on. “When it came down to it, she wasn’t worried about hurting feelings, she was going to tell it like it is. As abrupt and abrasive as that can feel when you’re getting hit with it, I miss it, I do.”

“I look back on the episodes with the little scenes where she has her moments. She’s such a unique character that I want to see what’s going on in her life. I never knew her before the show, and I’m sad that I’ve lost touch with her after it,” the author continued.

Although they had “major conflict,” Heather quipped, “it’s kind of fun to not be liked by Mary.”

Heather also teased her trip to Thailand for season three of Real Housewives Ultimate Girls Trip, which was “magical” but “hard.” She explained, “There are hard things about being on the other side of the world and also being thrown into a dynamic with seven powerful alpha women.”

Concerning the trip, Heather said her “ride or dies” were Alexia Echevarria and Marysol Patton, but she also had moments with Gizelle Bryant, and she “clung to Porsha [Williams] like a puppy dog.”

“Porsha was just a force to be reckoned with. So fun, so funny, so smart, so insightful. She just gets it,” said Heather.

Heather was the most nervous to meet Candiace Dillard Bassett: “I thought that Candiace would hate me. I just thought she was just going to read me and leave me on the side of the Thailand road, but we got along great.”

“One of the first nights [Candiace] performed for us and she is a true talent. I was mesmerized by Candiace,” she added. “When I got divorced, I was devastated. I had no future, and now I’m in Thailand with some of the most successful, beautiful, talented women I could imagine, from all over America.”

Heather went on to say, “I was just in my tiny little corner in my tiny little world, thinking that I was a loser and had nothing to live for, so anything that happened in Thailand, even if they dumped me and gave me swirlies and froze my bra and put my hand in warm water so I wet the bed, it doesn’t matter because it is a million times better than what I thought I would be doing.”

In a series of rapid-fire questions, Heather hinted that Whitney talked the most behind people’s backs, and she caused more drama than anyone this season.

She also revealed that Meredith will deliver receipts.