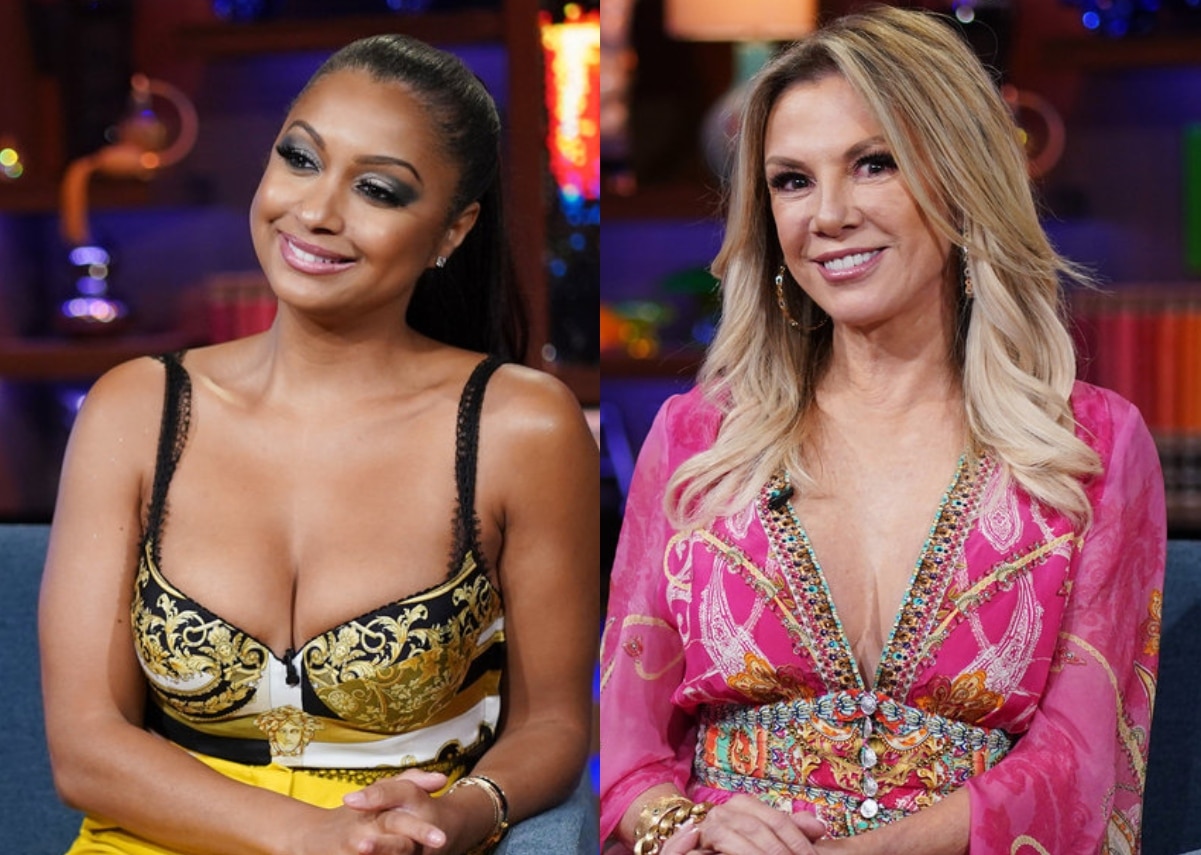 On a recent podcast interview with host Carlos King, Ramona Singer called out Real Housewives of New York co-star Eboni K. Williams, who reportedly filed a report against her in 2021 accusing Ramona of racism.

During the interview, Ramona claimed Eboni pretended to be her friend even after the investigation was launched. Although the investigation purportedly cleared Ramona’s name, the star alleged that the false accusations hurt her career, damaged her brand, and prevented season 14 from being filmed.

On Eboni’s Holding Court podcast, the 39-year-old clapped back at Ramona’s claims.

“The very first thing out of Ramona’s mouth after she threw that shade down at Carlos, I hope he caught it, [was], ‘I found out about the casting originally of RHONY when I was out playing polo. Polo is when you’re on the horses and the balls,'” said Eboni, via The Reality Rundown. “Now would you have told Andy Cohen what polo was?”

Eboni added, “Either don’t bring it up or mention it at all. Bethenny told you that… about six, seven seasons ago, people… ain’t wanting to f**k with you around your branding. You [were] being called to be fired, terminated, or at least reduced to a part-time role since way before I got to RHONY.”

She went on to say, “You’re mad that you don’t have that check coming in. But guess what, Ramona? Go to work. I’m not the b**ch that’s going to concede anything to you. Ever. Especially you, Ramona. Don’t they call you a OG?… That’s original gangsta.”

“You didn’t see that [I’m] an academic who is proud of her blackness who understands that… I better get my a** together. That’s on you,” Eboni continued.

She added, “B**ch, you were calling me every other week like we were best friends. Don’t play with me. Keep my name out of your mouth, Ramona. Get out of my way, and let me do what I have been called to do.”

As of now, the fate of RHONY‘s previous cast is up in the air after Bravo decided to reboot the show with new blood. Although RHONY: Legacy will move to Peacock, no one knows which castmates will return.