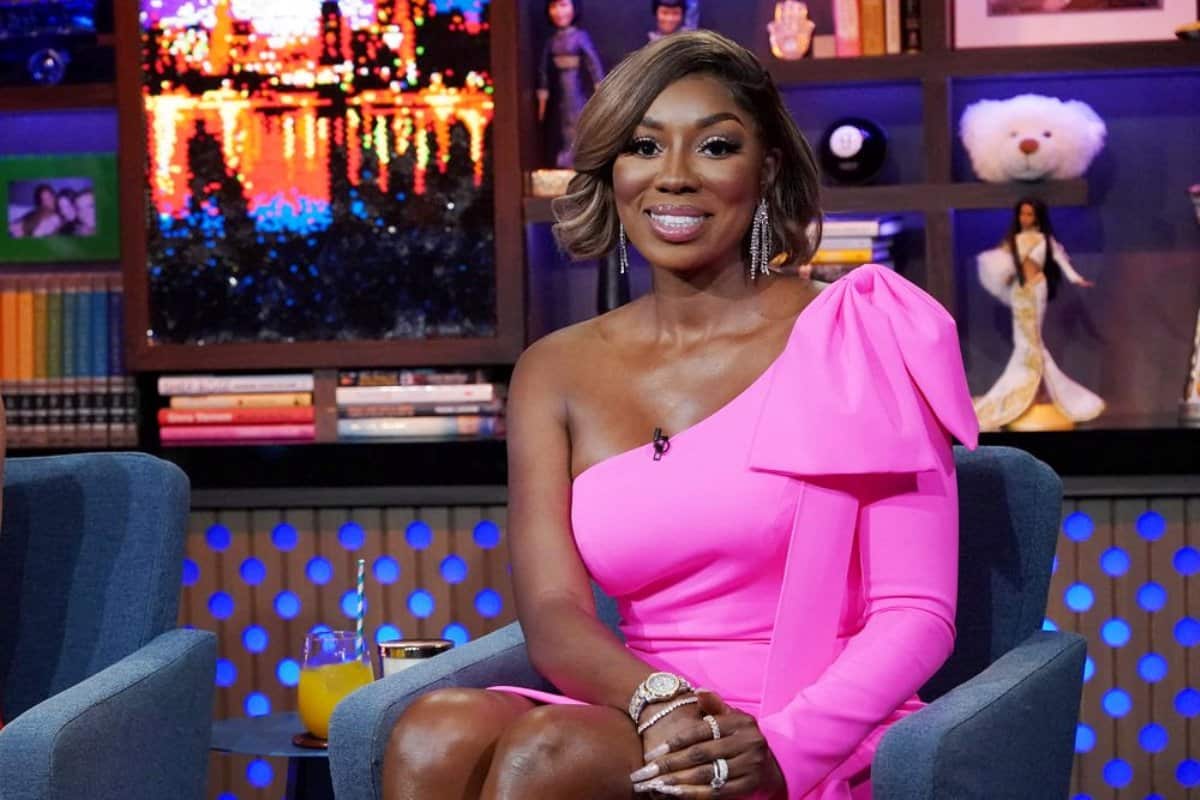 On the October 23 episode of Real Housewives of Potomac, Dr. Wendy Osefo claimed she’s never called Mia Thornton a liar. The statement was directed toward Robyn Dixon, who questioned Mia’s health scare narrative, which confused many cast members. At the dance class, Wendy also called out Robyn for labeling Mia a liar.

However, a hot mic moment from the same day showed Wendy accusing Mia of lying. Many fans rushed to social media to call out Wendy’s hypocrisy.

Via Twitter, Wendy then admitted she was “caught on a hot mic.” The star appeared to make a joke out of it, and she shared a meme of nervous eyes darting side-to-side with the caption, “Oops.”

When you get caught on a hot mic 🥴🫠😂. #RHOP #FakeSaint pic.twitter.com/sll2tw1BSh

Afterward, she retweeted a fan who defended her actions while also pointing a finger at Robyn and Gizelle Bryant, who led the discussion about Mia’s controversial posts.

“Production got Wendy, BUT she never said she believed Mia,” wrote the fan. “What [Wendy] said was that she didn’t call [Mia] a liar when she saw her. She embraced her and that was much different from what Robyn and Gizelle did.”

Production got Wendy, BUT she never said she believed Mia. What she said was that she didn’t call her a liar when she saw her. She embraced her and that was much different from what Robyn and Gizelle did. #RHOP

Wendy also retweeted a viewer who called out Robyn’s refusal to invite Wendy’s kids to the next cast event.

“Wendy kids not missing anything,” said the viewer. “F**king around with Robyn your kids come back hungry.”

The 38-year-old then retweeted a user who claimed Robyn was “dead a** wrong [about] what she said… To be dismissive and intentionally exclusionary toward children is a new disgusting low.”

Robyn’s behavior toward Wendy was totally uncalled for. Esp to be dead ass WRONG abt what she said. But to be dismissive and intentionally exclusionary toward children is a new disgusting low. #RHOP

On the same day, Robyn herself took to Instagram and threw some shade at certain cast members, which assumedly included Wendy.

Robyn wrote in a caption, “I learned [a] move at Ashley’s dance class 🤪😜. I also learned that some folks are as fake as I thought they were.”

Mia soon reacted to the post, commenting, “Yup. At least I don’t mean to be lying 😩😂😂😭 I swear! But clearly, there’s one who wants the world to think she actually has substance.”