VIDEO: See RHOP Season 7 Trailer! Gizelle Suggests Chris Was Inappropriate With Her as Karen Faces Cheating Rumors, Is Ashley Back With Michael? Mia’s Cancer Scare is Questioned and Charrisse Returns 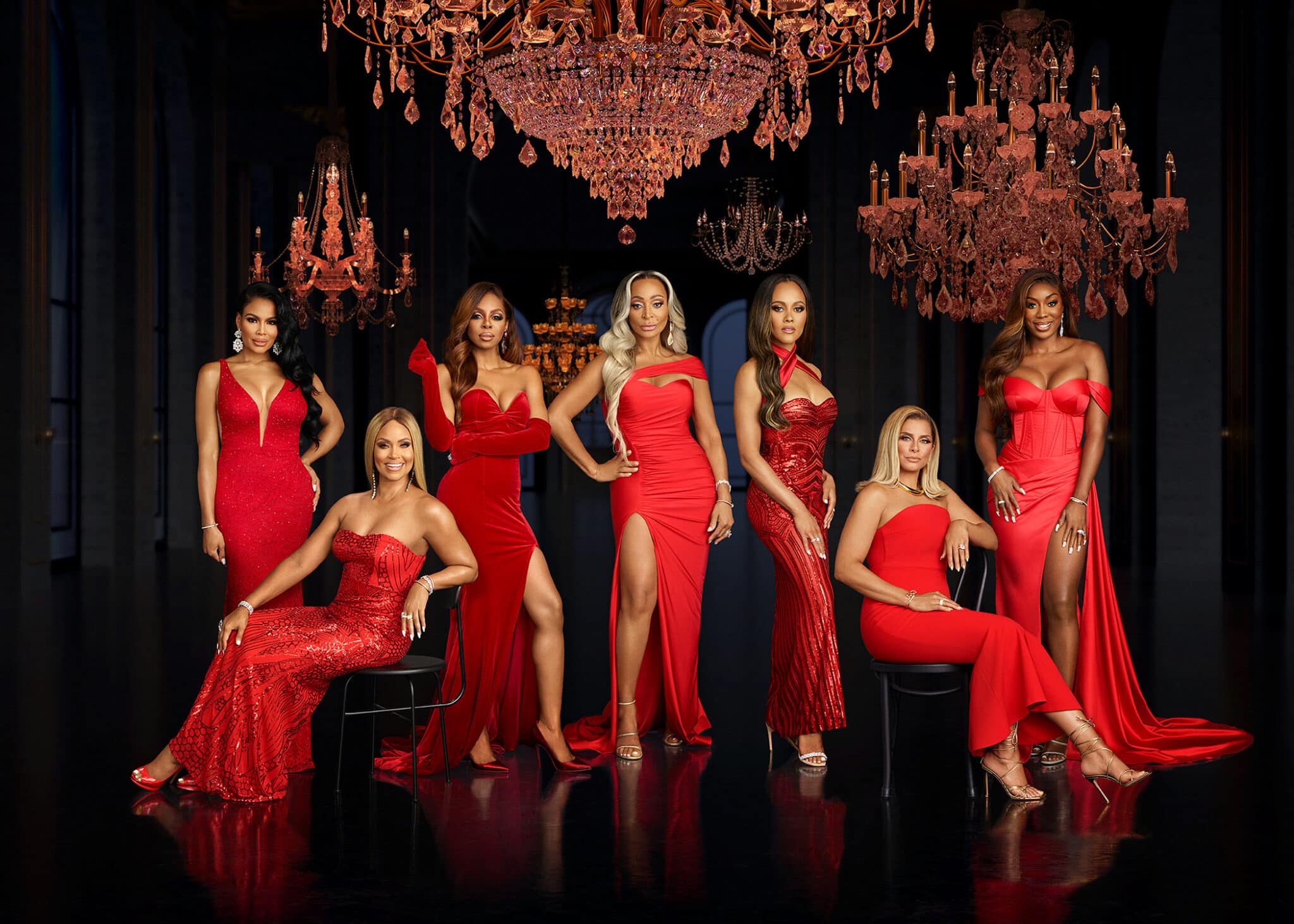 The Real Housewives of Potomac season seven is all about the marriages and relationships of the cast.

In the just-released trailer for the new episodes, both Karen Huger and Chris Bassett face accusations of infidelity as Robyn Dixon poses the idea of a prenup with fiancé Juan Dixon and Gizelle Bryant is linked to Peter Thomas. But perhaps the most surprising thing about the sneak peek is the fact that Ashley Darby‘s plans to divorce Michael Darby appear to have been called off.

“You and Michael are getting a divorce?” Robyn asks Ashley in the September 6 trailer.

“We are,” Ashley confirms.

But after addressing a potential rumor claiming she “was with a hockey player” during a conversation with Candiace Dillard-Bassett, Ashley tells Gizelle she’s “found a house with Michael,” and Karen is immediately taken aback.

“This is not no damn divorce!” Karen proclaims.

And Gizelle agrees, telling Ashley, “You don’t buy a house with a man that you’re divorcing.”

Later, it seems clear that whatever potential reconciliation Ashley and Michael may be headed for could be short-lived.

“I’m trying to get a hold of Michael and I cannot reach him,” she’s heard saying on the phone before later crying about her and Michael’s two kids.

“I’m gonna be responsible for the well-being of these two kids,” she shares.

Elsewhere, after Karen tells husband Ray Huger that he told her she “could have eye candy,” Candiace reveals a shocking rumor about her RHOP castmate.

“Karen was sneaking out of town with someone that wasn’t Ray,” she alleges.

And Karen isn’t the only one under fire. After telling her husband she’s “waiting on [her] period,” Candiace learns of a claim against Chris, which suggests he’s been unfaithful.

“You come home at one o’clock in the morning,” Candiace complains to her hubby.

“Not every day,” he insists.

But during a chat with Robyn, Ashley reveals she received a DM from Chris at 2:40 in the morning.

“Who were you at the W with? Not your wife,” she states.

“Many of married men have tried me and I felt like he was trying to see if I was with it. He’s a sneaky link,” Gizelle claims, later confirming to Candiace that Chris “100 percent” made her “feel uncomfortable.”

In addition to being linked to Chris, Gizelle is also linked to Peter, the former husband of Real Housewives of Atlanta star Cynthia Bailey. Candiace questions Gizelle about whether or not she’s “sleeping with Peter Thomas.”

“I’m gonna exit on that one though,” Peter replies.

As for Robyn’s impending marriage to Juan, she seems concerned about not only their finances but also Juan’s potential to cheat.

“I wanted to talk to Juan about getting a prenup,” Robyn admits to Charrisse Jackson-Jordan.

But when she brings it up to Juan, he doesn’t understand why she’s suddenly “mentioning it now.” Still, she appears to be determined to protect herself and is seen meeting with a lawyer.

“Are there clauses about infidelity?” she asks.

Karen is then seen facing off with Charrisse, telling her during a cast dinner, “I will whoop your a–!”